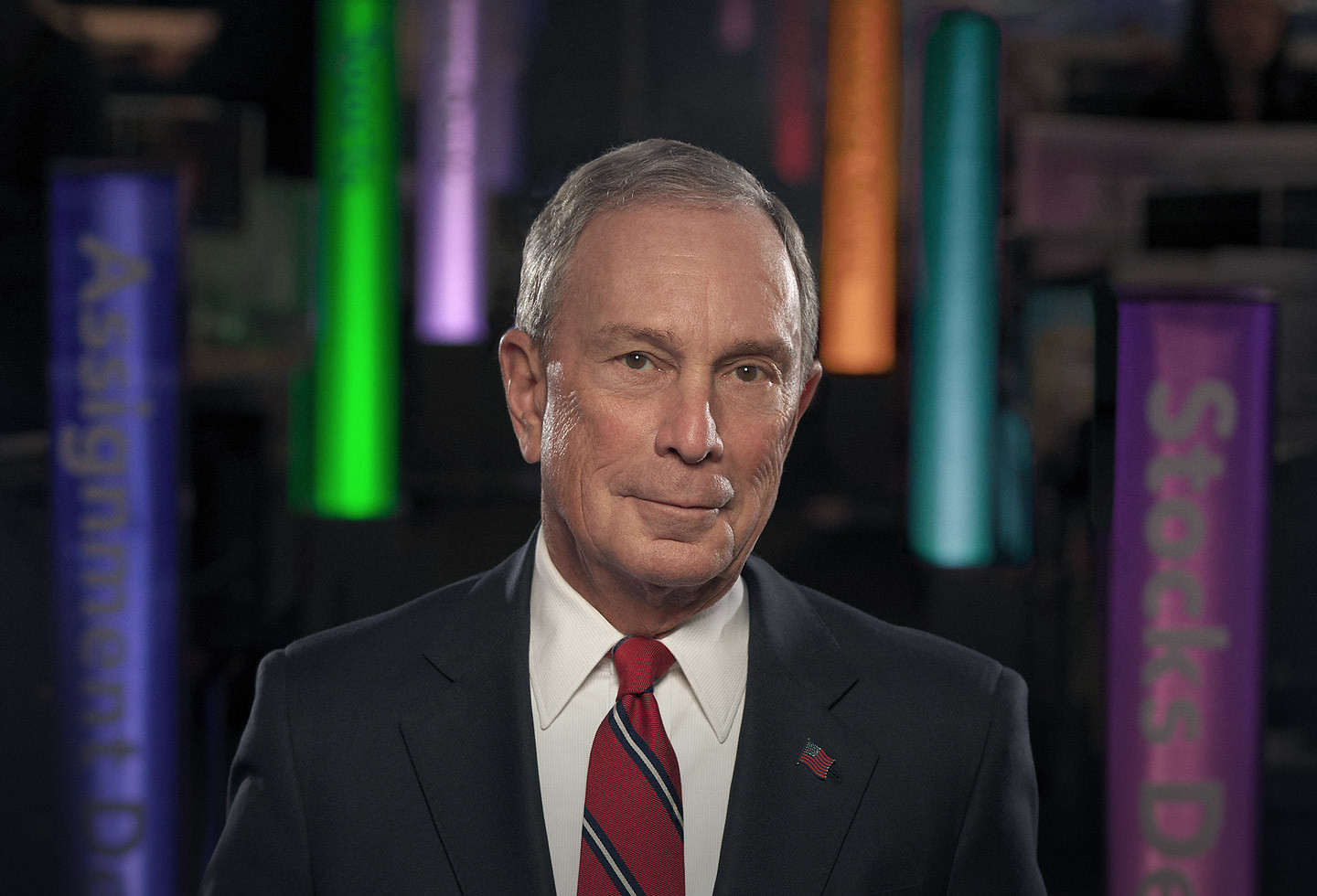 MADRID ― Michael Bloomberg, the billionaire businessman and 2020 Democratic presidential candidate, made an appearance Tuesday at the United Nations climate summit to assure the world that “Americans are continuing to lead on climate change, even with a climate denier in the White House.”

“I’m here because President Trump is not,” Bloomberg said at a Global Covenant of Mayors event. “I’m here because his administration refused to lead on climate change, and so others must do the work.”

The former New York mayor did not mention his own presidential campaign, which he kicked last month to the chagrin of some climate activists. Instead, he highlighted efforts by cities in the U.S. and abroad to reduce greenhouse gas emissions. More than 10,000 mayors and local governments, including hundreds in the U.S., have joined the coalition in an effort to meet the goals of the Paris climate agreement, the historic 2015 international deal to cut emissions.

“Cities account for the majority of the world’s population and the majority of carbon emission, so what mayors do at the city level has a big impact,” Bloomberg said. “And when we work together as part of a global effort, that impact has the power to stop climate change in its tracks.”

At a second event Tuesday evening, Bloomberg presented a new report from America’s Pledge, a climate initiative he launched with former California Gov. Jerry Brown in 2017 that brings together U.S. states, cities and businesses committed to the Paris agreement. The movement was a direct response to Trump’s promise to withdraw the U.S. from the landmark Paris deal.

The report finds that those U.S. entities represent 68% of the country’s gross domestic product, 65% of the population and 51% of emissions. If the coalition was its own country, its economy would be larger than every country except the entire U.S.

Bloomberg presented the report to Patricia Espinosa, executive secretary of the United Nations Framework Convention on Climate Change, calling it “America’s answer to filling in for what the U.S. government did not want to do.”

“Regardless of what you hear out of Washington, you should know that the American people support our Paris goals,” he said. “We continue to work to meet them. We’re making encouraging progress. We’re looking forward to this November’s election and a new president in 2020. We have to have America as part of the solution.”

The report also explores pathways for boosting U.S. climate action, with and without federal support. Increased action from states, cities and businesses alone could slash U.S. greenhouse gas emissions up to 37% below 2005 levels by 2030. Federal buy-in could raise that number to 49%, paving the way for net-zero emissions economy by mid-century, the report says.

Last month, President Donald Trump kicked off the formal process of withdrawing the United States from the Paris pact. No officials from Trump’s White House attended the global climate talks in Madrid.

The goal of the global pact is to stave off the worst effects of climate change by keeping global warming within 1.5 degrees Celsius (2.7 degrees Fahrenheit) above pre-industrial levels. A recent United Nations report ― one of several grim assessments released ahead of the Madrid summit ―found that the world would have to cut emissions 7.6% every year from 2020 to 2030 to keep warming within 1.5 degrees.

Also speaking at the America’s Pledge event was actor Harrison Ford, who stressed that the facts about the climate threat and its demand for action are clear.

“Like many of you here today, I have felt despair for the state of the world, for our future,” Ford said. “A future that includes my five kids, my three grandkids, your kids. People are scared, angry. And they have a right to be.”

The United Nations’ 25th Conference of the Parties runs through Friday.

This article has been updated to include details from the America’s Pledge report.

Some press conference. Bloomberg wouldn't answer questions and when Amy Goodman persisted in asking one of his goons slammed her into a wall. Nice puff piece, you guys. Check out the footage at Democracy Now! And stand up for your colleague, please. Thanks.