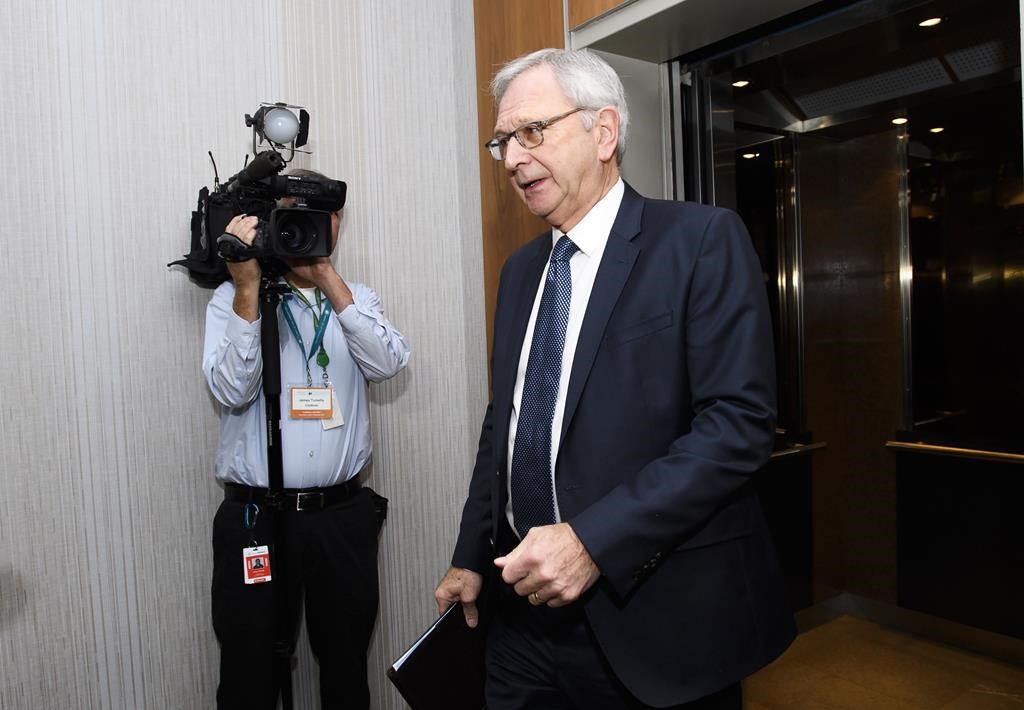 New Brunswick Blaine Higgs arrives for a meeting of the Council of the Federation, which comprises all 13 provincial and territorial premiers, in Mississauga, Ont., on Monday, December 2, 2019. File photo by The Canadian Press/Nathan Denette
Previous story
Next story

Wednesday's decision by the Trudeau Liberals means as of April, New Brunswick consumers will stop paying the federal carbon tax and instead pay an equivalent provincial version.

However, the province is also cutting the gas tax to minimize the cost on consumers.

As part of its national plan to curb greenhouse gas emissions, the federal Liberals require every province to have a minimum price on carbon — $20 a tonne now rising to $50 by 2022 — or have a federal levy imposed.

New Brunswick Premier Blaine Higgs was among the conservative premiers challenging that policy in court, but changed his mind after nearly two-thirds of New Brunswick voters picked a party supportive of a carbon tax in October's federal election.

In late November, the province gave Ottawa a carbon pricing proposal based on systems the federal government previously approved in Prince Edward Island and Newfoundland and Labrador.

This report by The Canadian Press was first published Dec. 11, 2019.