These Canadians are giving up holidays to battle Australian wildfires 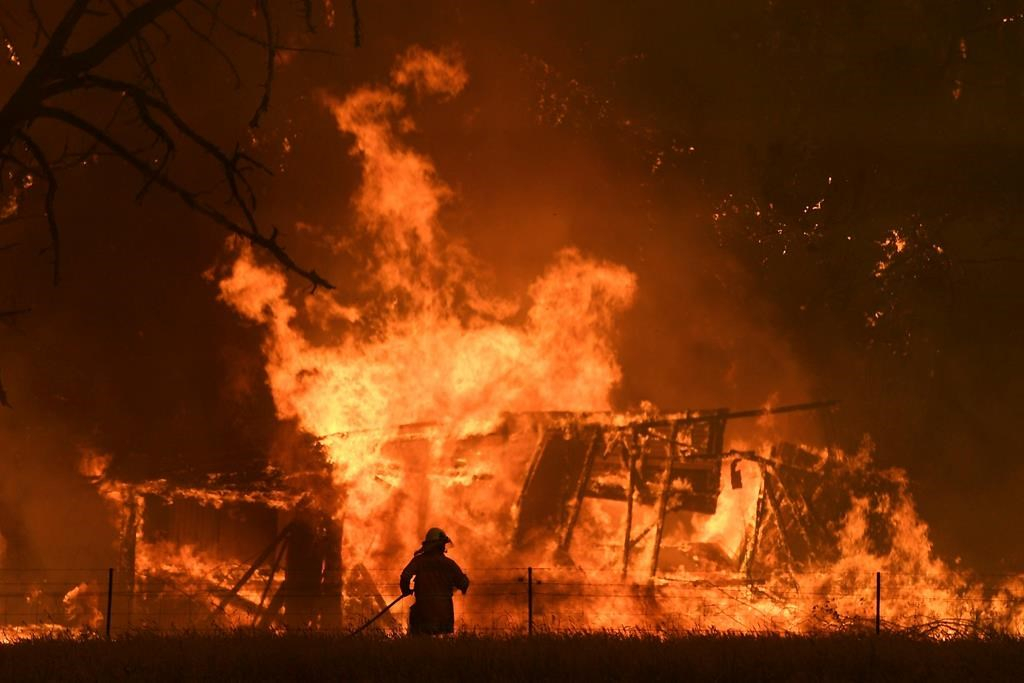 In this Saturday, Dec. 21, 2019, photo, NSW Rural Fire Service crews fight the Gospers Mountain Fire as it impacts a structure at Bilpin. Photo by Dan Himbrechts/AAP Images via AP
Previous story
Next story

Sixty-nine Canadians are giving up their holidays at home to join the battle for the first time against the deadly wildfires devastating vast tracts of several Australian states.

The Canadian Interagency Forest Fire Centre says a contingent of 21 highly trained staff from a variety of agencies left Canada on Dec. 3, for a 38 day deployment in New South Wales after the centre received an official request for assistance.

Kim Connors, the executive director of the Winnipeg based CIFFC, says that Canada has called on Australian firefighters four times since 2015, and the "agreements are reciprocal in nature so it was the first time that Australia has needed help from Canada."

The CIFFC says crews from Newfoundland and Labrador, Quebec, Yukon, Ontario, Manitoba, Saskatchewan, Alberta and B.C. are assisting with a variety of tasks including roles in command, aviation, planning, logistics and operations.

Two volunteer firefighters have been killed and dozens of homes have been lost since Thursday in the massive fires, including the Gospers Mountain blaze, which covered more than 460,000 hectares.

This report by The Canadian Press was first published Dec. 22, 2019