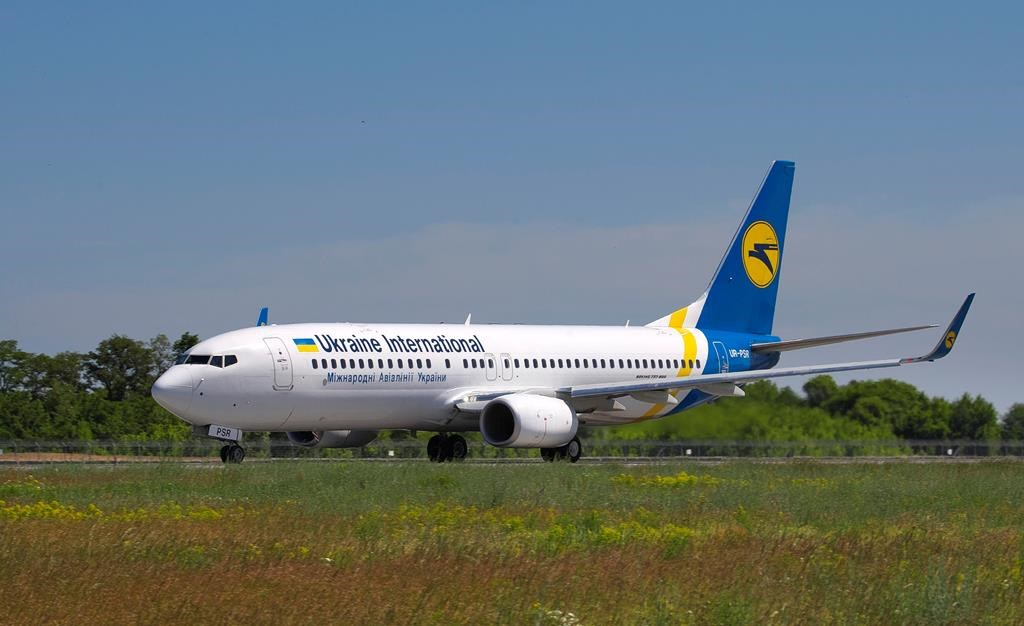 In this photo taken on Saturday, May 26, 2018, showing the actual Ukrainian Boeing 737-800 UR-PSR plane that crashed on Wednesday Jan. 8, 2020, on the outskirts of Tehran, Iran. File Photo by The Associated Press/Oleg Belyakov
Previous story

Dozens of Canadians — some believed to be university students — were among the 176 people killed when a Ukrainian passenger plane crashed minutes after takeoff from Tehran's main airport, Iranian and Ukrainian authorities said on Wednesday.

The Ukraine International Airlines Boeing 737-800 was en route to Kyiv when it went down in a field, killing all aboard. Ukraine's Foreign Minister Vadym Prystaiko said the plane was carrying 63 Canadians, 82 Iranians, 11 Ukrainian passengers and crew, 10 Swedes, four Afghans, three Germans and three Britons.

Ukrainian authorities initially said it appeared mechanical failure was to blame, but later walked that back, saying nothing had been ruled out.

Canadian Foreign Minister Francois-Philippe Champagne said Wednesday he had been in touch with the government of Ukraine.

"Our hearts are with the loved ones of the victims, including many Canadians," Champagne tweeted.

Transport Minister Marc Garneau said Canada would offer technical assistance in the crash investigation. Garneau expressed condolences to "all those affected by the heartbreaking tragedy."

Payman Paseyan, a member of the Iranian-Canadian community in Edmonton, said multiple people from the city, including many international students, were on Flight PS752. He said he knew many of the victims.

"They leave behind families and people they love and they come to Canada and often they're second guessing, 'Should I leave my family behind to do this'?" Paseyan said. "Then they move here and they do all this just to board a plane and have it all washed away. It's devastating."

Global Affairs Canada did not immediately respond to a request for comment on the crash, which comes amid increased tension in the region following the American assassination of a top Iranian general near Baghdad and retaliatory missile attacks on U.S. bases in Iraq.

However, the agency warned against any non-essential travel to Iran "due to the volatile security situation, the regional threat of terrorism and the risk of arbitrary detention." The agency said Canadians, particularly those holding dual Canadian-Iranian citizenship, were at risk of being arbitrarily questioned, arrested and detained.

"Iran does not recognize dual nationality and Canada will not be granted consular access to dual Canadian-Iranian citizens," Global Affairs said.

Paseyan said members of the Iranian-Canadian community learned of the crash while being glued to the news after Tuesday's missile attacks in Iraq.

"Many were expecting their friends and families members to come back ... (and) were well aware what flight they were on," said Paseyan, a former president of the Iranian Heritage Society of Edmonton. "They were worried about their family members that were in Iran, and now this has compounded that with worry for the community."

"We will have to go through this terrible pain together with our Canadian brothers and sisters," Shevchenko said in a tweet.

The plane, fully loaded with fuel for its 2,300-kilometre flight, slammed into farmland near the town of Shahedshahr on the outskirts of Tehran. Videos show fires lighting up the darkened fields before dawn and rows of body bags laid out along the side of a road.

Hamid Gharajeh, of the Iran Democratic Association of Canada, said he's spoken to families and friends of some of the victims. Many aboard were students on their way back to Canada after the holiday break, he said.

"Our hearts go out for all these young people who are just trying to get back to their lives," Gharajeh said in Toronto. "It's unfortunate."

Airline officials said most of the passengers had planned to transit through Kyiv to other destinations. A list of victims posted by the airline showed one of the victims was a baby.

The plane had been delayed from taking off from Imam Khomeini International Airport by almost an hour. It never made it higher than 2,400 metres, data from the flight-tracking website FlightRadar24 indicates.

Qassem Biniaz, a spokesman for Iran's Road and Transportation Ministry, said it appeared fire erupted in one of the plane's engines. The pilot then lost control and the plane crashed to the ground, Biniaz said, according to the state-run IRNA news agency.

Resident Din Mohammad Qassemi said he was watching the news when he heard the crash.

"I heard a massive explosion and all the houses started to shake. There was fire everywhere," he told The Associated Press. "At first I thought (the Americans) have hit here with missiles and went in the basement as a shelter. After a while, I went out and saw a plane has crashed over there. Body parts were lying around everywhere."

AP journalists at the crash site saw a wide field of field of debris, with the casualties lying among shattered pieces of the aircraft. Their possessions — a child's cartoon-covered electric toothbrush, a stuffed animal, luggage and electronics — stretched everywhere.

It was one of the worst aviation disasters involving Canadians.

In 1985 a bomb exploded and killed 329 people aboard an Air India flight from Montreal to New Delhi over the Atlantic Ocean. Most victims were Canadian.

This report by The Canadian Press was first published Jan. 8, 2020.