A look at Canada's biggest wildfires in the last two decades 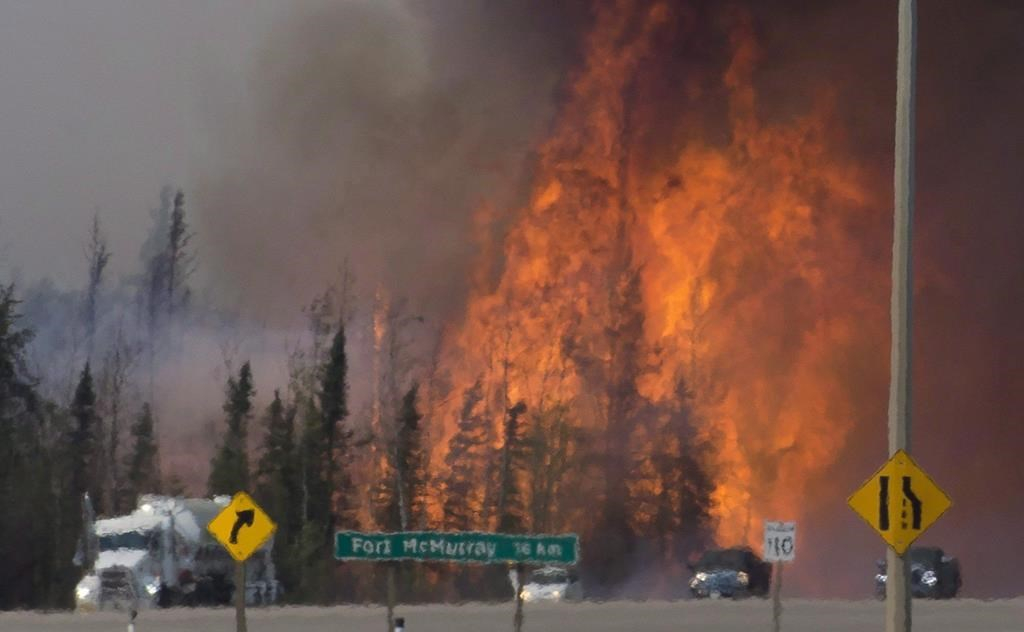 Heat waves are seen as cars and trucks try and get past a wildfire 16km south of Fort McMurray on Highway 63, on Friday, May 6, 2016. File photo by The Canadian Press/Jonathan Hayward
Previous story
Next story

Northwest Territories, 2014: By area, still the most hectares burned in a single fire season in Canada at 3.5 million hectares. It cost $55 million to fight. Smoke drifted as far south as North Dakota.

Fort McMurray, Alta., 2016: It burned 590,000 hectares and forced the emergency evacuation of all 88,000 residents. The fire began on May 1, the city was evacuated May 3. Residents began to return June 1. The fire was considered out of control until early July and was not fully extinguished until August. It caused more than $9.9 billion in damage and burned 2,400 homes. No direct deaths are associated with it, but two people were killed in a car accident during the evacuation.

British Columbia, 2017: Burned 1.2 million hectares, the worst on record to that date until surpassed in 2018. An estimated 65,000 people had to leave their homes, and the province spent $649 million to fight the fires. On one single day in July, a lightning storm lit 108 different fires.