The psychology of inaction on climate change 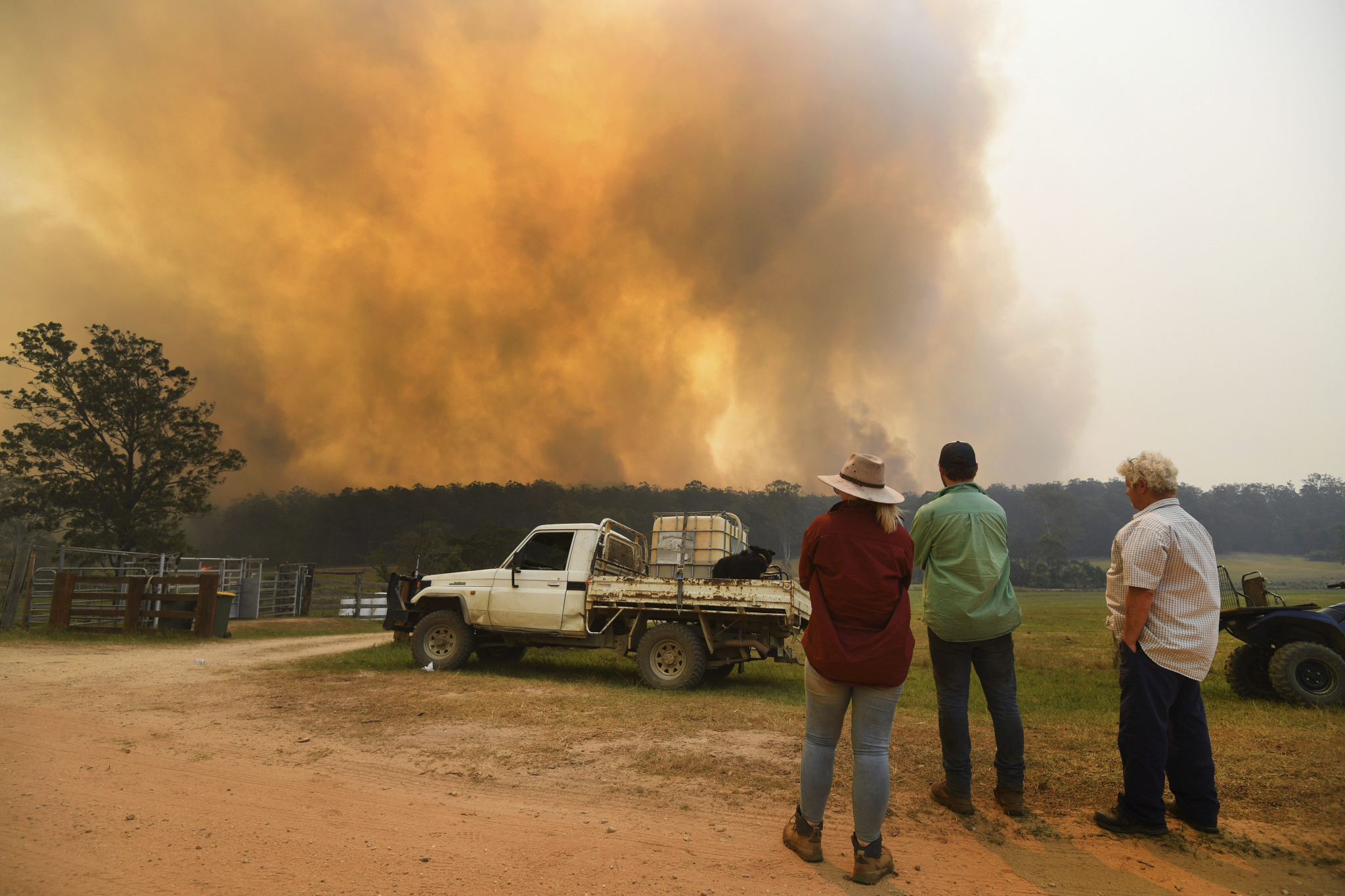 Giant wildfires growing ever larger in the bone-dry summer heat. Shocking images of people fleeing fire-stricken communities lit with a dystopian orange glow. Political squabbles over whether to blame the climate crisis.

In many ways, the fires ravaging Australia are similar to ⁠the ones that have choked Western Canada over the last few summers, although they are much more deadly.

As climate change accelerates and wildfires become the new normal for both countries, political leaders in Canada and Australia are facing increasingly urgent decisions about how to prepare for a world that burns more often and more intensely.

“Boy, have we ever had a lot of wakeup calls in the last few years,” said Marc-André Parisien, a research scientist at the federal government’s Northern Forestry Centre in Edmonton.

He pointed to the 2016 Fort McMurray wildfire, the 2017 wildfires in British Columbia, the even-larger ones in 2018 in that same province, and the wildfires in northern Alberta in 2019 as recent examples.

“What's happening in Australia is terrible, and we would never want to minimize that. But we have this situation in this country, and we still most certainly have the power to be proactive on how we deal with these wildfires.”

So far, the bushfires in Australia have killed 25 people and scorched millions of acres of land, destroying hundreds of properties.

Nearly half a billion animals are also likely to have died in the flames, according to one widely reported estimate. Photos of evacuees and a kangaroo leaping past a wall of flame have grabbed headlines across the world, while Canada has sent firefighters to help on the front lines.

Suzie Oukes, a woman from Rouyn-Noranda in western Quebec who has lived in Australia for five years, told Radio-Canada on Monday she had returned home Dec. 31 after several harrowing days seeing the wildfires up close.

“Boy, have we ever had a lot of wakeup calls in the last few years." Wildfires are getting worse. Australia and Canada must either act or burn.

She told the news outlet her sister-in-law's nephew, a young firefighter, had died fighting the blazes, and they had to save her husband's niece's children as well.

Cities are deserted, shops and restaurants are closed and the sky is grey and orange, she said. It's hard to breathe.

Meanwhile, Australian Prime Minister Scott Morrison has come under fire for being slow to act and downplaying the climate crisis. One viral video showed a frontline firefighter refusing to shake Morrison’s hand.

The economic costs of the fire have been estimated at AUS$2 billion and counting. And the health impacts of the clouds of smoke, which have turned skies in Sydney and Melbourne an apocalyptic orange, may not be clear for years.

All those fires in recent memory ⁠should have already spurred Canadians to act, said Glenn McGillivray, the managing director of the Institute for Catastrophic Loss Reduction. Though wildfires are a part of healthy forest and grassland ecosystems, scientists have known for decades that the climate crisis is likely to make fires more intense, more frequent and more destructive.

“If we know what’s coming down the pipe, what are we doing about it?” said McGillivray. “Where are the changes? Where’s the plan?”

Scientists say vast portions of Canada’s boreal forest are at risk of dying off by the end of the century as climate change aggravates wildfire risk and other factors like drought and insect infestations.

Research out of the University of Victoria and Environment and Climate Change Canada last year showed that human-caused climate change made the wildfires in B.C. in 2017 ignite an area that was seven to 11 times larger than what would be expected without human influence on the climate.

New research published in the last few weeks shows that, not only does climate change make fires larger and more frequent, it is also leading to a vicious circle whereby the heat and drought created by climate change are “overwhelming” the Canadian boreal forest’s ability to resist and recover from future fires.

Parisien and fellow Northern Forestry Centre research scientist Ellen Whitman published a study with two other scientists in December in the journal Scientific Reports, showing how northwestern Canadian boreal forests that have been recently scorched, and would normally be resilient to future burns, are burning down again at shorter intervals.

“We have this interaction where we have droughts causing these shorter fire-free intervals, which contribute to a shift in the forest structure and composition, which is then reinforced by post-fire drought again,” said Whitman in an interview Jan. 6.

The hot, dry, windy conditions that are increasing across Western North America and the boreal forest is providing one of the mechanisms that will bring “wholesale change” to the boreal forest in the coming decades, said Parisien.

Canadians have so far been so slow to take measures to mitigate carbon emissions, and to prepare for a more fiery reality, McGillivray added.

For one thing, conversations should be shifting away from firefighting ⁠— putting water-bombers up against an enormous wildfire is like “spitting into hell,” he said ⁠— and towards the idea of making communities more resilient in the face of heightened wildfire risks. That could mean updating building codes, or fully implementing community programs that help landowners fireproof their properties.

“I’m not totally convinced that Australia is going to change anything up here,” McGillivray said. “If Fort McMurray didn’t change much, something on the other side of the world won’t change much.”

Our logging activity should

Our logging activity should be used mainly for the creation of firebreaks. Instead, fires are being used to discourage any voters who don't live on company property in the wilderness. Experienced local firefighters were actually banished in favour of less effective strangers. They didn't know the natural firebreaks, and they wouldn't work at night when it is easy to see glowing bits, and the wind is down.