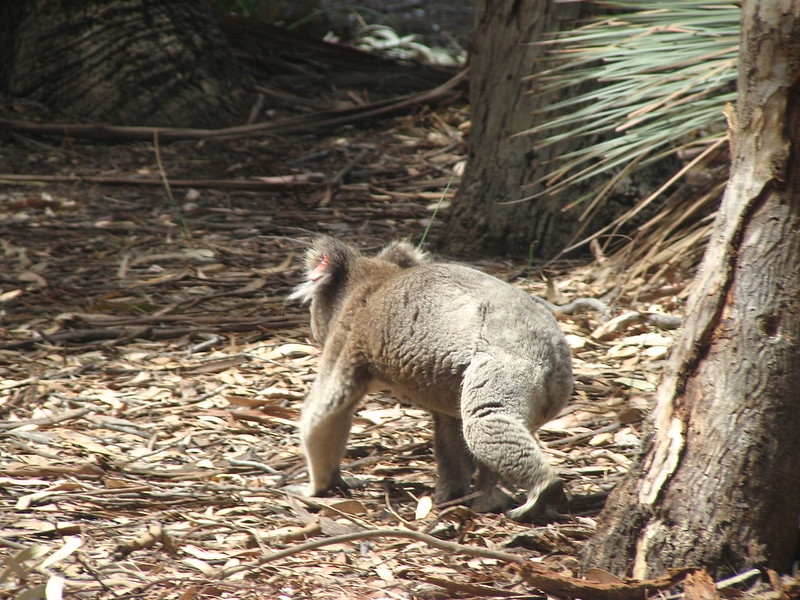 Australians haven’t seen anything like the bushfires currently tearing through their country. The conflagrations are obliterating landscapes and their ecosystems, reshaping the continent in irreparable ways.

Bushfires aren’t supposed to behave like this. In a normal world, every so often a lightning-sparked fire will roll through a landscape, clearing away old foliage to make way for the new. Such periodic, relatively mild fires allow many animals to escape: Birds fly away and koalas shimmy farther up trees as fire burns the ground vegetation below. Insects and small mammals might even take refuge in a log to wait out the firestorm passing above.

But this is not a normal world. Climate change has supercharged these wildfires, turning whole landscapes into tinder. Fires are marching so fast across Australia that untold numbers of animals can’t escape, even kangaroos and birds, which should have the means. “The numbers are fairly hard to determine, because nothing like this has happened before, especially across this scale,” says University of New England entomologist Nigel Andrew, former president of the Ecological Society of Australia. “Previously, it's that fires have been patchy in their distribution. They haven't been completely taking out entire landscapes.”

The ferocious bushfires have killed at least 25 people, with 15 million acres scorched so far. On south Australia’s Kangaroo Island, perhaps half of the koala population has been killed. One estimate puts the bushfires’ total tally at over a billion mammals, birds, and reptiles, but that doesn’t include other animals like insects, whose toll could be much, much higher. One of Andrew’s colleagues estimates that more than 3 trillion insects from one family alone, the rove beetles, may have perished so far. A note of caution here, though: Scientists have no way of knowing exactly how many organisms died—these calculations are done by scaling up species surveys done in smaller areas.

We won’t know the real toll for some time, but this much is clear: The bushfires burning in Australia have crippled iconic habitats that make the continent an ecological wonder. Not even the continent’s rainforests, which typically can resist the advance of a blaze, are safe from the firestorm. “There will be a lot of species that are going to go extinct because of this,” says Andrew. For species already threatened with extinction, already clinging to the edge, this may have been the swift and final blow.

Australia is a continent of fire, and as such, its organisms are adapted to the flames. Some trees, for instance, time their germination to occur after a fire, when nutrients have been injected into the soil and fewer trees are competing for light and other resources. But seeds that can survive a typical bushfire might not be able to withstand these uber-fires. Scientists won’t know which species made it until the first rains come and they can watch what germinates.

The decimation of a landscape’s vegetation may draw in opportunists as well. Weedier species that grow quicker could take hold, perhaps turning what used to be a thick forest into a thinner, grassier one. Hardier invasive species could rapidly dominate. “A lot of the potentially more charismatic or more unique species might not be able to survive in their natural landscapes,” says Andrew. “So that's going to be the biggest issue: The diversity of our natural environments is going to change.”

Plants also make up a critical link in the food chain, and when they exit, so too does the food source for a range of animals. Even if plant-eaters survive the blaze itself, they may starve in the aftermath. “If the youngsters survive and their parents can't find enough food to produce enough milk,” says Andrew, “then the parents will just abandon the offspring, so they can't survive.”

For animals that seek shelter in burrows during a typical wildfire, suffocation is a big risk as these super-fires suck the oxygen out of every crevice. Birds can become disoriented by smoke and extreme winds. These gusts are also pushing bushfires forward with unreal speed, blowing embers perhaps miles ahead of the fire front, setting new fires, a phenomenon known as spotting.

“The animals that are running forward then run into another front,” says Andrew. “So that's really unprecedented in terms of the ferocity of these fire fronts.” Normally animals like kangaroos might dart into the safety of a lush rainforest, yet the bushfire tears right through what used to be a refuge. The landscape is so parched, lightning strikes seem to be starting fires even within rainforests.

Keep in mind that no single species lives in isolation—it feeds on other organisms, and other organisms feed on it. Losing one species in an ecosystem can have devastating ripple effects up and down the food chain. And losing an entire habitat to wildfire will have a downright apocalyptic effect on an ecosystem. “It's really difficult to know what will be able to bounce back from this,” says Andrew. “And what does bounce back could be a very different type of flora, and also from that, different fauna.”

The question now: How can Australia’s conservationists save species from this new age of supercharged fires?

It’d be impossible for humans to rebuild an ecosystem from scratch at these scales. But in the aftermath of a fire, conservationists can help key species. One group of researchers has been experimenting with placing tunnels made of wire in burned environments. “Small animals can get inside, where they'll be protected from all the different predators that take advantage of the open country that the fire produces,” says Don Driscoll, director of Deakin University’s Centre for Integrative Ecology. “We know that foxes and cats, which are introduced here, they will travel long distances to get to these fire regions, because it's easy pickings for them.”

Conservationists can also focus their efforts on the pockets where fire-threatened animals have managed to survive. “As ecologists, we've now got to not only understand what the climatologists predict will be the future but also work out how we actually protect what refugia we've got left in these landscapes,” says Michael Clarke, an ecologist at La Trobe University.

To do that, Australia might conduct controlled burns around critical habitats, creating a sort of barrier to stop approaching wildfires. “As an ecologist, that goes against my grain to be more interventionist, but I don't know what the alternative is,” says Clarke. “Do you stand by and say, ‘Sorry, they're gone, and there will be no sources in the future.’ That doesn’t sit well with me.”

Elsewhere in Australia, conservation groups are finding success with controlled burns. The organization Bush Heritage, for example, manages fuel loads on its lands by burning vegetation during cool months, when the controlled blazes won’t get out of hand. It’s too early in the fire season to say how well the strategy has worked, but they’ve had a number of lightning strikes on their lands, and no rampant bushfires. “I think the fact that none of those fires has taken off and turned into an uncontrollable blaze is due to that preparation, is due to that really hard work,” says Rebecca Spindler, the group’s head of science and conservation.

Controlled burns can be a tool, but they’re not a panacea. “The capacity for a fire to burn through an area becomes less dependent on the amount of fuel the more extreme the weather is,” says Driscoll. “So if it’s really hot, it’s really dry, and there’s strong wind, then a fire requires very little fuel to burn right across it.” To keep those conditions from getting even worse, there’s only one solution: Stop climate change.