Feds working to stop illegal shipments of garbage from Canada 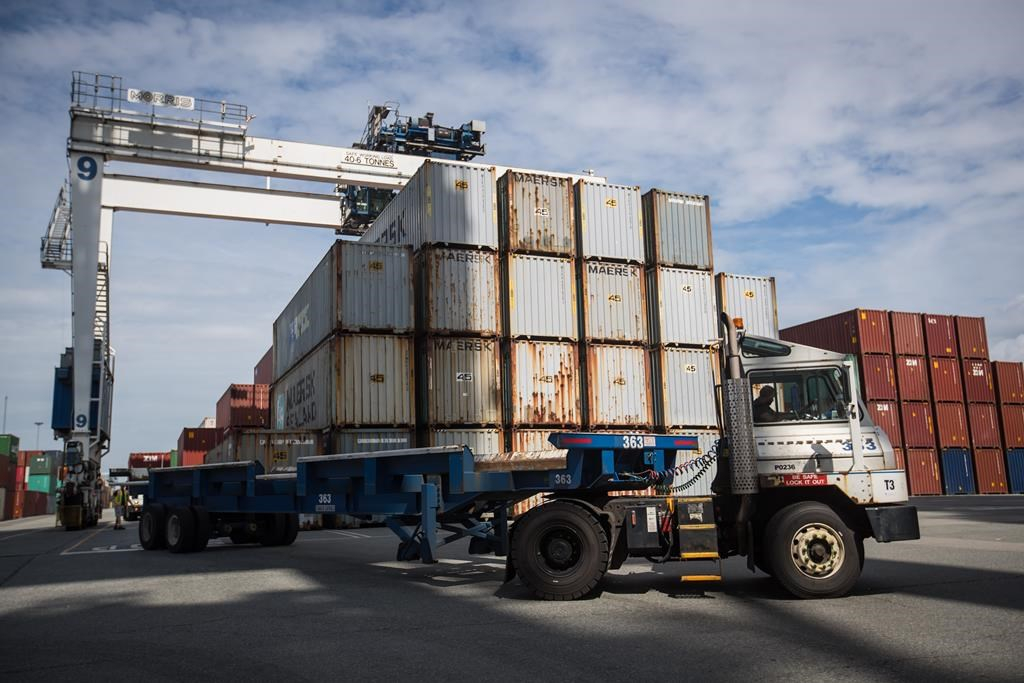 Containers of Canadian trash that were returned to Canada from the Philippines are stacked at Global Container Terminals after being offloaded from the Anna Maersk container ship, in Delta, B.C., on June 29, 2019. File photo by The Canadian Press
Previous story
Next story

The federal government expects to make some changes this year to keep Canada's garbage from illegally ending up on foreign shores, after needing to bring dozens of shipping containers of rotting garbage back home from at least two Asian countries last year.

Canada spent $1.14 million in June 2019 to bring 69 shipping containers filled trash to a waste-to-energy facility near Vancouver, ending a six-year diplomatic row with the Philippines.

The Canadian trash was illegally shipped to the Southeast Asian nation in 2013 and 2014 — falsely labelled as plastics for recycling — and the two countries fought for years over whose job it was to get rid of it.

The dispute ended only after Rodrigo Duterte, president of the Philippines, suspended diplomatic relations and recalled his ambassador from Ottawa until Canada finally took back its trash.

Meanwhile, Environment Canada says a handful of containers have been returned to Canada from Malaysia in recent months.

Malaysian Prime Minister Mahathir Mohamad said last May it was "grossly unfair" for countries like Canada to offload their garbage on others and his government expressed hope that Canada would take steps to better monitor and track its shipments.

The containers that ended up in Malaysia were labelled as recyclables but were so contaminated with garbage the materials could not be recycled.

That was also the case for the shipments that went to the Philippines.

Environment Canada says it is now working with the Canada Border Services Agency to see what can be done to stop illegal shipments of garbage.

The goal is for some new policies and programs to be in place before the end of the year.

Kathleen Ruff, founder of the online advocacy campaign RightonCanada.ca, said it's great if Canada is trying to stop illegal shipments. At the same time, she noted, Canada remains opposed to amending the international convention governing shipments of hazardous waste, including garbage and recyclables.

The Basel Convention used to allow developed countries like Canada to ship waste to developing countries as long as they got prior and informed consent. Ruff said that system "lent itself to abuse and has failed to stop the massive dumping of hazardous wastes in developing countries."

The convention was amended in December to prohibit the export of hazardous waste with or without consent.

Canada has not accepted that amendment, said Ruff.

In the wake of the garbage debacle in the Philippines, Canada amended its policies to require permits to ship most waste overseas.

Still, Canadian waste routinely winds up in foreign ports despite no such permits having been issued in the last four years.

In addition to the Philippines and Malaysia, Canadian garbage has shown up in Cambodia and Indonesia in the last year.

Environment Canada has not yet said who paid for the garbage to come back from Malaysia, how much there was or where it ended up.

The problem of illegal waste soared after China closed its doors to most plastic recyclables in 2018. China had long been the main destination for the world's recyclable plastics but so much of the material was arriving contaminated with non-recyclables that China got fed up and shut the system down.

A number of illegal waste routes were created as developed nations with limited ability to recycle their own waste sought new markets that didn't really exist. In some cases, countries were shipping waste to unscrupulous importers who promised recycling but instead were just dumping the material in waterways or burning it, causing significant air and water pollution.

Canada is not the only country with an illegal garbage problem.

Indonesia, for example, returned illegal garbage to the United States, Belgium, the United Kingdom, Spain and New Zealand in 2019.

Other countries are also trying to stop the illegal waste industry.

In November, Australia came up with a plan to ban all waste exports entirely over the next two years, starting with glass waste exports this July, mixed plastics by July 2021, tires by December 2021 and everything else by the middle of 2022.

Garbage-hauling ship arrives in Canada after journey from Philippines