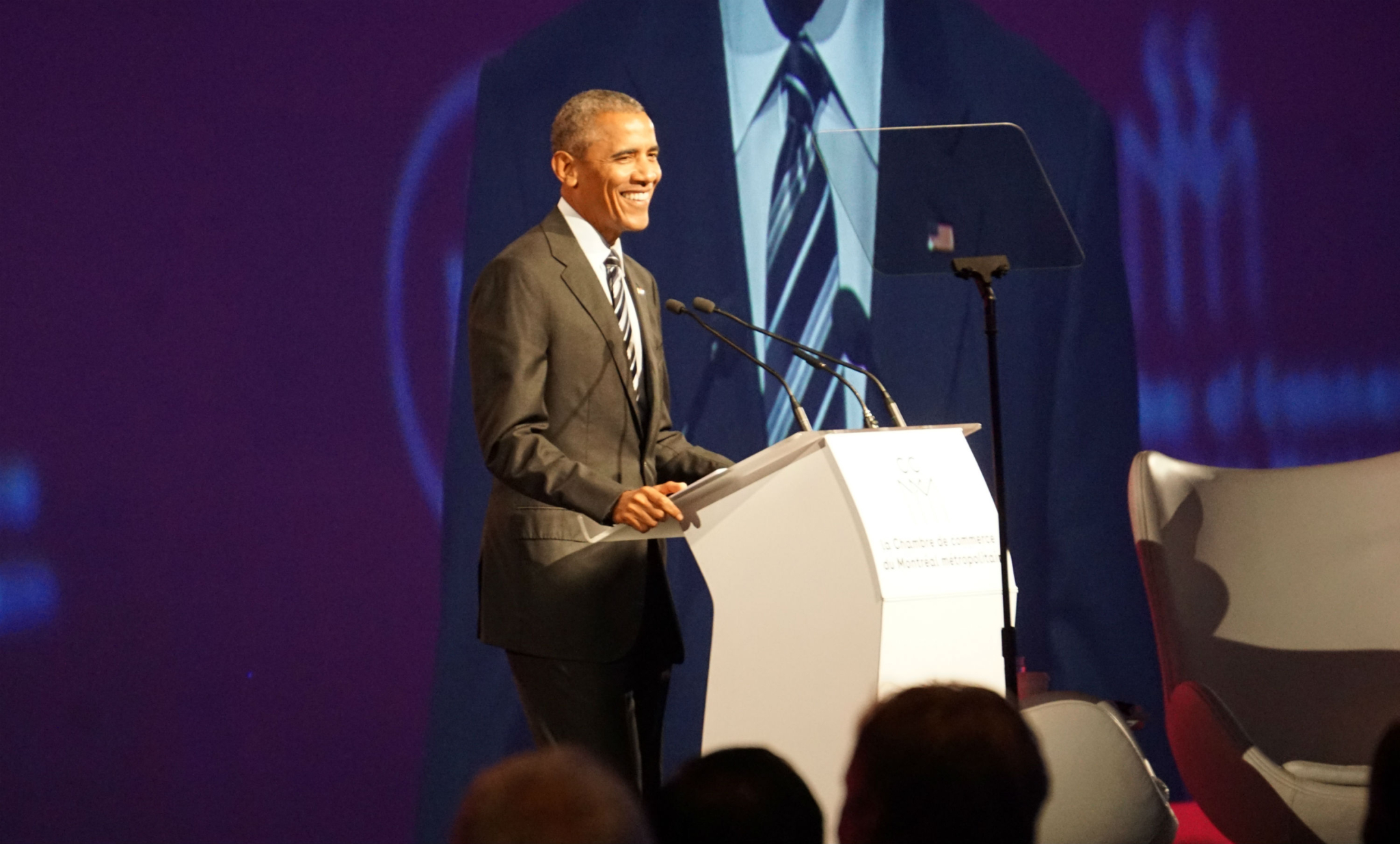 Efforts by the Trump administration to undo fuel-efficiency standards for vehicles are a setback to the battle against climate change, former U.S. president Barack Obama said on Thursday.

Speaking at a sell-out forum about the future of work, Obama said it's clear not everyone is on his page when it comes to the enormous global challenge.

"I instituted higher fuel-efficiency standards on cars, and the subsequent administration has now tried to actively reverse them," Obama said of President Donald Trump. "If we can't even do that, where we're going to say, 'We're not going to drive gas guzzlers' when other countries don't even have cars, then it's going to be almost impossible to solve the problem."

It will require a "surge of energy" from citizens to put pressure on large institutions to tackle greenhouse gas emissions that exacerbate global warming, Obama said. It's a cause, he said, that younger people increasingly understand and are willing to take on.

Simply hectoring individual citizens or blaming developing countries for not doing more to rein in harmful emissions, he said, won't fix the problem. He described a situation in which a man has to drive 50 miles every day in an old pickup truck to his job so he can support his family. He can't afford an electric or hybrid vehicle and there's no mass transit.

"You can lecture about climate change but he's just trying to get to work," Obama said. "And if you are dismissive of his legitimate specific concerns about supporting his family, then he is going to tune you out, regardless of the science of climate change."

Similarly, he said, millions of people in the Third World live without basics, so it would be unreasonable to expect them to reject coal-fired electricity that could transform their lives.

At the same time, Obama said, citizens in places like China or India to press their governments to do better. One reason he was able to persuade the Beijing government to sign on to the Paris Accords was because the growing middle class in China, faced with nasty pediatric cancer rates or unbreathable air, views environmental degradation as their most important political concern, he said.

"The Chinese government, even though it's not a democracy, became sensitive enough to the potential political instability of this environmental crisis that they said, 'It makes sense for us to sign up."

Obama said the U.S. and other industrial nations spent decades spewing pollution as they developed their economies and built infrastructure until they locked in a high carbon economy. It's simply unreasonable to tell developing countries they need to stop, he argued.

What the West needs to do is help the Third World "leapfrog our development models" and come up with systems where they can get electricity and produce enough food without destroying the planet.

"We have to figure out how do we give them the opportunity to enjoy a reasonable standard of living while still preserving the environment," Obama said.

The thousands of people attending the event put on by the Economic Club and Global Institute for Conscious Economics also heard the former president talk about his favourite thing about Canada.

"You're just so reasonable," he said. "Canadians are super reasonable."

This story was first published by The Canadian Press on Jan. 23, 2020.