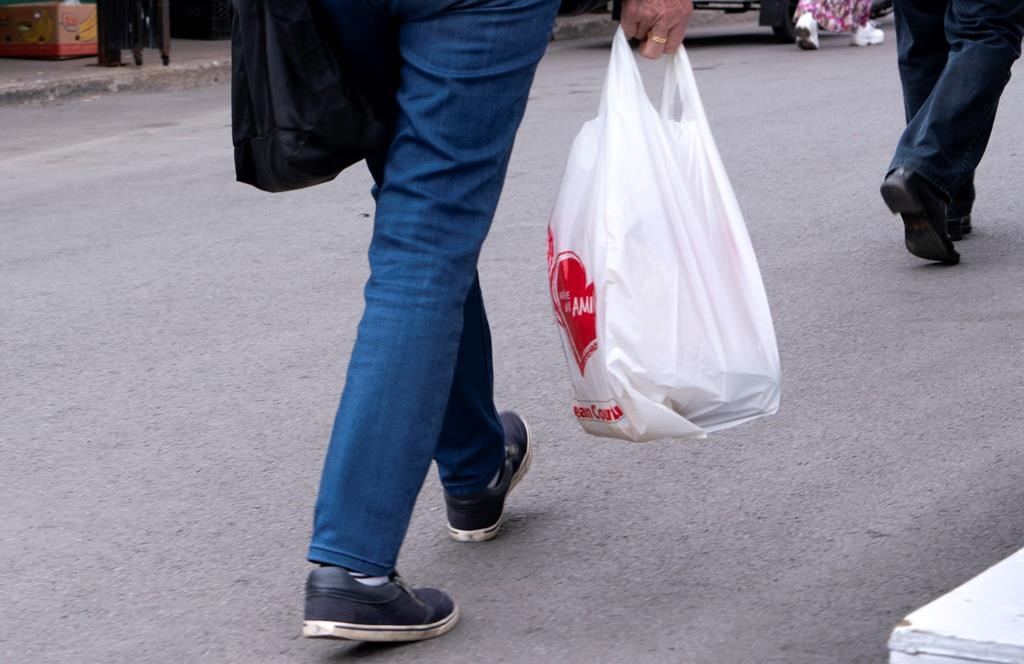 However, Lisa Helps says there are other ways to eliminate the items.

The high court didn't issue reasons for refusing to review a B.C. Court of Appeal decision that overturned Victoria's plastic bag ban on the grounds the city lacks provincial approval.

The Canadian Plastic Bag Association, which challenged the original bylaw, says it welcomes the decision which requires B.C. municipalities to "follow the law and respect the limits placed on their authority when addressing environmental issues."

When the bylaw was struck down last July, Helps vowed to move forward, saying the ruling didn't "undermine the soundness" of the regulation but only dealt with the process for its adoption.

Helps says in a statement Thursday that the city will look for every opportunity to reduce plastic waste.

She says her city's original checkout bag bylaw kept more than 17 million plastic bags out of the landfill over the year it was in place and the "community continues to avoid plastic bags despite these setbacks."

Victoria has launched a zero-waste strategy which Helps says is designed to cut the 25,000 single-use items discarded in the city every day.

"We're confident we will see bold leadership from the provincial government in its Plastics Action Plan," Helps says, referring to initiatives by the B.C. and federal governments to develop shared waste reduction standards.

The Plastic Bag Association says in its statement that bylaws like the one implemented by Victoria can have unintended consequences.

"Plastic bags typically outperform paper bags and, from an environmental perspective, are in many ways the best packaging option, given that they can be recycled, unlike reusable bags, and are less carbon intensive and emit less GHGs than paper bags."

This report by The Canadian Press was first published Jan. 23, 2020

By The Canadian Press | News, Politics | September 26th 2019
Race to a Safer World

Bad headline: it's not a

Bad headline: it's not a VICTORIA court that has declined to hear the appeal; it's the Supreme Court of Canada. Victoria (City) was successful at the first (BC Supreme Court) level, lost at the BC Court of Appeal and has now (virtually) lost at the SCOC.

I do love the Plastic Bag

I do love the Plastic Bag Manufacturers oxymoronic spin on "recycling" . The vast majority of single use plastics are NOT recycled - hence the avalanche of plastics winding up in our oceans and waterways, whereas the "reuseable bags" aren't recycleable because they are designed to last for generations - and most of them do. At our summer home there is an ancient WWII khaki canvas shopping bag used by my parental generation during the war. It is still in use. I'll bet there are similar stories globally - just not enough of them!