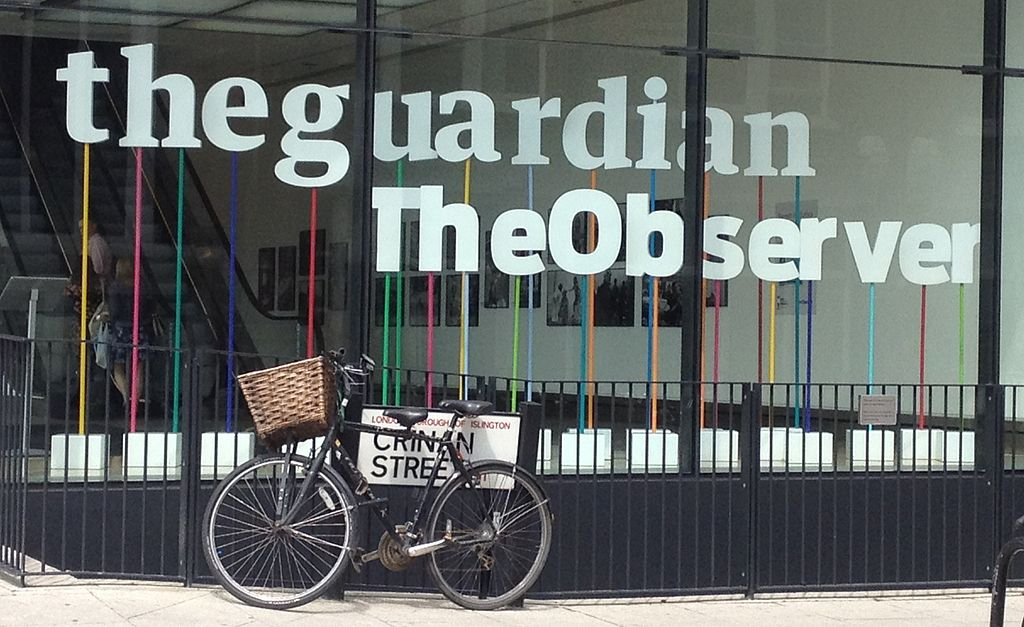 The Guardian will no longer accept advertising from oil and gas companies, becoming the first major global news organisation to institute an outright ban on taking money from companies that extract fossil fuels.

The move, which follows efforts to reduce the company’s carbon footprint and increase reporting on the climate emergency, was announced on Wednesday and will be implemented with immediate effect. The ban will apply to any business primarily involved in extracting fossil fuels, including many of the world’s largest polluters.

“Our decision is based on the decades-long efforts by many in that industry to prevent meaningful climate action by governments around the world,” the company’s acting chief executive, Anna Bateson, and the chief revenue officer, Hamish Nicklin, said in a joint statement.

They said the response to global heating was the “most important challenge of our times” and highlighted the Guardian’s own reporting on how lobbying by energy companies has explicitly harmed the environmental cause.

Environmental groups have long argued that energy companies use expensive advertising campaigns to “greenwash” their activities, paying to highlight relatively small investments in renewable energy while continuing to make the vast majority of their revenue from extracting fossil fuels. They have called for news outlets to reject such advertising, although until now only a handful of small outlets have adopted this approach.

Last year, the editor-in-chief, Katharine Viner, announced the Guardian would adjust its style guide to represent the scale of the environmental challenge facing the Earth, using terms such as “climate emergency” and “global heating” rather than “climate change” and “global warming”. At a corporate level, the company has emphasised its commitment to becoming carbon-neutral by 2030, while also almost entirely divesting its Scott Trust endowment fund from fossil fuel investments.

The decision to reject the advertising money from fossil fuel firms comes at a tricky time for the media industry, with the Guardian Media Group board warning the business is facing substantial headwinds this year. Advertising makes up 40% of GMG revenue, meaning it remains a key way to fund the journalism produced by Guardian and Observer journalists around the world.

Bateson and Nicklin said the ban would result in a financial hit. “The funding model for the Guardian – like most high-quality media companies – is going to remain precarious over the next few years. It’s true that rejecting some adverts might make our lives a tiny bit tougher in the very short term. Nonetheless, we believe building a more purposeful organisation and remaining financially sustainable have to go hand in hand.”

They acknowledged that some readers would like the company to turn down advertising for any product with a significant carbon footprint, such as cars or holidays, but said this was not financially sustainable while the media industry’s business model remained in crisis.

“Stopping those ads would be a severe financial blow, and might force us to make significant cuts to Guardian and Observer journalism around the world,” they said.

They added that they hoped readers would continue to sign up as members to support the Guardian’s journalism but that advertising would remain a key source of funding for years to come. As a result, the pair said they hoped the decision to ban fossil fuel adverts would appeal to other companies who would like to advertise with the Guardian.

“We believe many brands will agree with our stance, and might be persuaded to choose to work with us more as a result. The future of advertising lies in building trust with consumers, and demonstrating a real commitment to values and purpose.”

The campaign group Greenpeace welcomed the move. “This is a watershed moment, and the Guardian must be applauded for this bold move to end the legitimacy of fossil fuels,” said Mel Evans, senior climate campaigner for Greenpeace UK.

“Oil and gas firms now find themselves alongside tobacco companies as businesses that threaten the health and wellbeing of everyone on this planet.