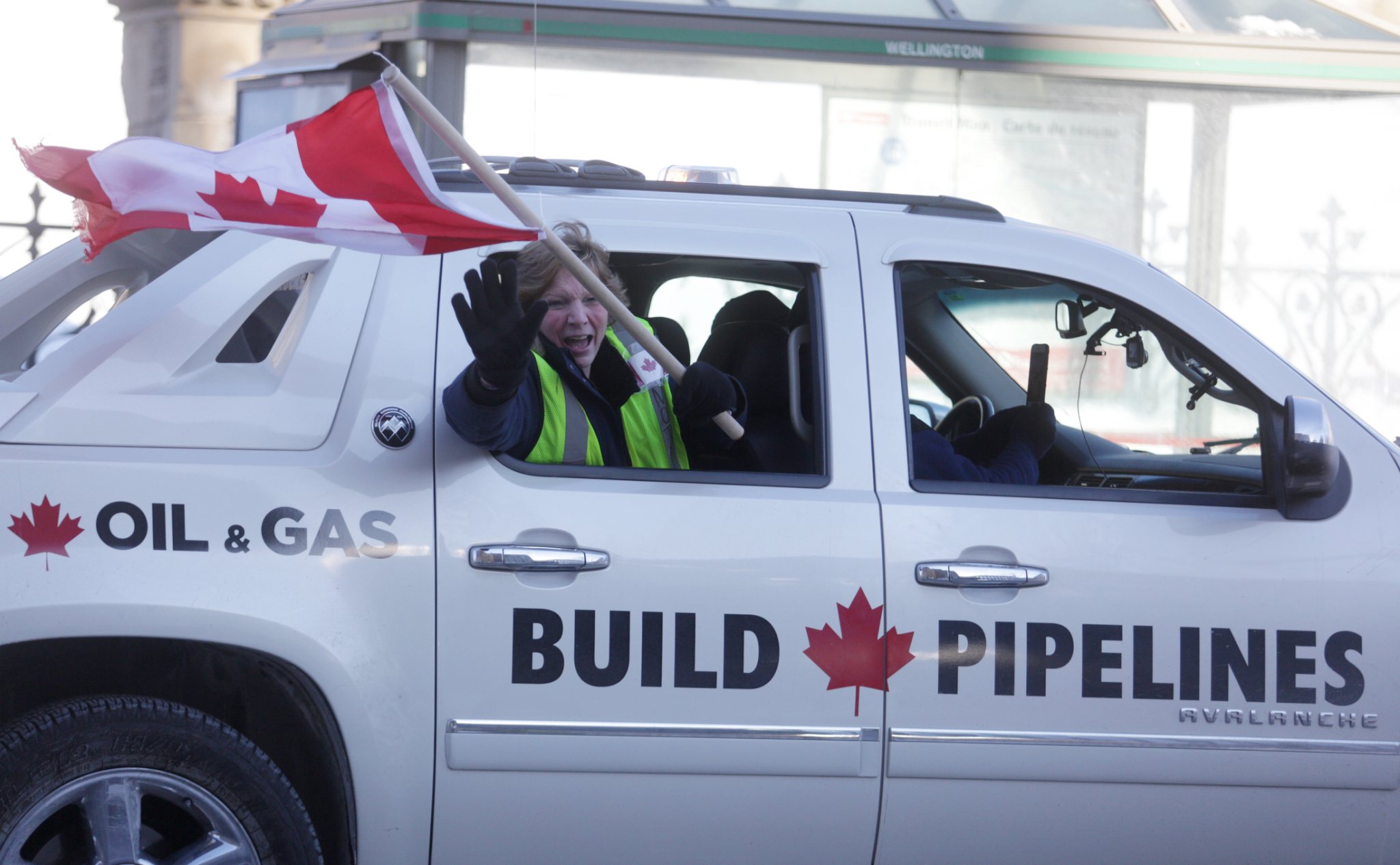 A convoy of trucks protesting the Liberal government's pipeline program and lack of support for the oilpatch roll into Ottawa on Feb. 19, 2019. Photo by Andrew Meade
Previous story
Next story

Both factions in the battle over the future of the Alberta oilsands have hailed 2020 as the year something good happens at last.

On one side, industry points to optimistic forecasts for the oilpatch. On the other, climate activists hail climate strikes and rising public support for environmental policy they hope will usher in a new era.

But predicting the fortunes of the oilpatch is far from an exact science. Though oil is on the decline long-term and a green reckoning seems to be on the way, the most aggressive forecasts for how quickly the climate movement seems to be accelerating are likely incorrect, said Andrew Leach, an energy and environmental economist at the University of Alberta.

"There are people who are forecasting that the status quo will go on forever, and they’re wrong about that too," Leach added. The truth, he said, is likely somewhere in the middle.

In the short term, analysts have predicted a boost for the oilpatch in 2020. Deloitte’s experts said this will be driven by an increase in oil and gas prices, while the Conference Board of Canada hailed a period of sustained growth driven in part by pipeline progress it expects will boost investment.

At the same time, the majority of Canadians — even those residing in oil-friendly Alberta ⁠— want the country to transition away from fossil fuels, according to a poll released earlier this month by the non-partisan think tank Clean Energy Canada, based out of Simon Fraser University.

And in recent months, long-term projections for when global petroleum demand could peak have tightened.

For years, that decline was forecast for the 2040s or 2050s. Now, accounting for the effects of global climate policies and the growth of renewable energy sources, demand for oil and gas is more likely to plateau in the 2030s, the intergovernmental International Energy Agency predicted in November. More aggressive forecasts have said this peak is just three years away. And 2019 was certainly a historic year for climate advocates, with the issue taking centre stage during Canada's federal election and in climate strikes worldwide.

Still, these long-term forecasts don't mean the industry is on the verge of collapse, Leach said. When demand for a commodity drops, its prices also tend to go down, which can actually make it more appealing to consumers and drive demand back up.

The Canadian Association of Petroleum Producers (CAPP) — the lobby group representing energy companies operating in Canada — didn’t respond to a request for an interview about the future of the oilpatch (CAPP has previously said it won’t respond to inquiries from National Observer). On its website, the lobby group acknowledged the IEA's projections, but said "regardless of the source of energy, demand is growing" and "right now, fossil fuels supply about 80 per cent of the energy we require."

Short-term forecasts show a good year ahead for the energy sector. But long term, Canadians are pushing for clean energy and global demand for petroleum may peak sooner than expected. Will 2020 be the year the oilpatch grapples with that reality?

The Canadian Energy Centre, the Alberta government’s oil and gas public relations initiative better known as the “war room,” also didn’t respond to a request for an interview. On its website, the agency has recently praised expected progress on several pipeline projects in 2020 and Canada’s ability to meet global oil demand through 2040.

“They’re in many ways living in denial,” said Keith Stewart, a senior energy strategist with Greenpeace Canada, referring to boosters of the energy sector.

Though some companies have started investing in green-energy technology, Stewart said, few have grappled with the idea of phasing out petroleum altogether.

“It’s less climate denial and more denial that they’re in a sunset industry,” he added. 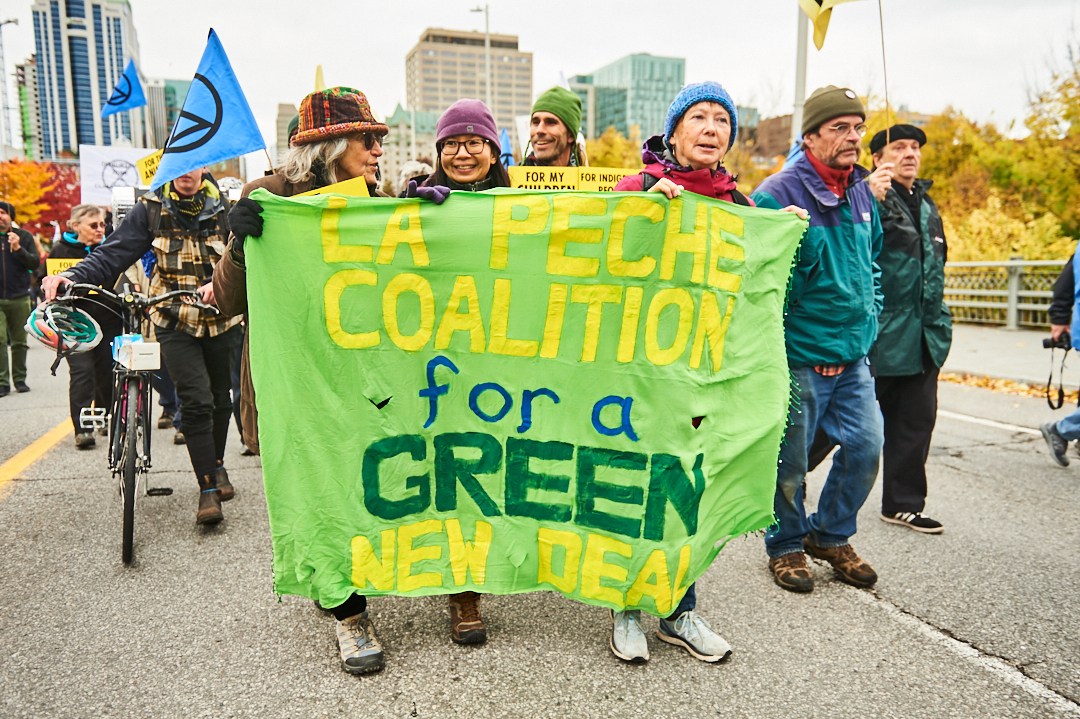 ‘They need to keep adapting to the new reality’

The federal government is expected to rule next month on whether it will approve the Teck Frontier mine in Northern Alberta, a significant expansion of the oilsands that amounts to a long-term bet on sustained demand for oil. The governing Liberals, who campaigned on a climate mandate, are facing intense pressure from industry to approve the project.

If approved, Frontier would be a blow to climate activists who've campaigned hard against it. But it also presents a dilemma for the government's own policy goals: it would open in 2026 and operate until 2067, which is likely to clash with Ottawa's recent commitment to hit net-zero carbon pollution by 2050.

In many ways, the dilemma of what to do with Teck encapsulates the choices that lie ahead: should Canada set up its carbon budget to profit from oil and gas for as long as possible, or should it start working on a fair transition for the energy industry now?

"The oil and gas market will decline. That’s a given,” said Benjamin Israel, a senior analyst at the Pembina Institute. “How can we develop a new vision?”

Details of the net-zero carbon strategy haven’t been released, though Israel said he expects the public will learn more in the year ahead. It’s entirely possible Teck Frontier could fit into Canada’s low-carbon future, Israel said, though that would mean radical change in other areas.

“It’s very hard to see how such a project would be viable” when accounting for both climate goals and the changing appeal of oil, Israel added.

Eventually, Canada’s energy sector will eventually have to figure out how to use its resources differently — a transition that has a lot of potential, said Israel. For example, the oilsands could be used to make clean hydrogen fuels.

“We actually want (the oil and gas industry) to keep surviving, but they need to keep adapting to the new reality,” he said.

Greenpeace’s Stewart said it would be more prudent for the federal government to start helping energy workers transition than to develop new mines. It’s difficult ⁠— the fossil fuel industry is well-resourced and extraordinarily influential in Canadian politics ⁠— but our leaders must step up, he said.

“The challenge in any big change like this is there will be winners and losers. And the people who will be losers in a (fair) transition happen to be incredibly powerful right now.”

oil workers can be

oil workers can be transitioned to oil well clean up workers, methane capping workers , geothermal drillers. solar installers etc. Time to start spelling out the detailed specific future so gen pub can actually imagine something now beyond imagining. Get specific in your comments and visionary proposals. The future without oil will be better not worse as oil lobby has spent billions whispering to us

There is an alarming deficit

There is an alarming deficit of vision in Canada, but it doesn't need to be so. The time is long overdue for the Federal and Provincial governments to spell out in detail what the forward strategy looks like and I believe that it is possible, through courageous, creative and visionary investment to ensure that our economy thrives through this change. Take a hydrogen economy for example - the technology for production is already familiar to oil & gas companies who presently use this gas as a feedstock. Expanding the production of green hydrogen through electrolysis of water using renewables etc., is the vital link in creating a vast clean energy economy, one that also carries export potential. Hydrogen is a dense energy carrier with a high heat of combustion. Green hydrogen as feedstock for refining and production of ammonia and fertilizer can significantly lower carbon impact. As a storage medium in conjunction with fuel cells, it can resolve the intermittency of solar and wind, Combusted to fire steel, ceramic and glass plants, it can deliver the intense heat that is presently delivered by natural gas but without the carbon (what, after all is methane? - four hydrogen atoms to one carbon...). In domestic use it can be blended into the natural gas network (UK is starting with 20% and will work up to 100% hydrogen) for use in domestic boilers. And it is an engine to drive zero emission mobility - fuel cell electric vehicles, especially for longer journeys and bigger payloads have many advantages over battery electric counterparts. The hydrogen economy abounds with analogues that align with existing skills in the oil & gas sector. Firstly as a 'helper technology', it can lower the carbon impact of oil and gas processes and ultimately it can supplant oil & gas, in conjunction with renewable energy generation, to transform the energy landscape - but all in a way that allows oil & gas provinces like Alberta to thrive through the transition. This is where the jobs are...

Ummm ... and where do you get the energy for electrolysis of water? It takes a lot ... and ummm ... *what* renewable energy sources? The ones we're not building because we're busy subsidizing *foreign* corporations, mainly ... to produce natural gas ... and oil.
Y'see, no matter how much you "cut" natural gas with hydrogen, it's still going to take all the same amount of dirty process to get that natural gas in the first place, and all the energy that it takes now ... and then we should spend even more of our carbon budget (not to mention government subsidies!) on more fracking (which is destructive in the first place) to produce hydrogen -- that's what they're proposing to do, not electrolysis. No matter, it's more carbon budget to make insignificantly less carbon budget. And waste the clean (sun, wind) or relatively clean (hydro: don't forget the methane release from flooded lands) to carbon-subsidize the dirty fuel.
We don't have decades, man. We need to move on it all *now*!