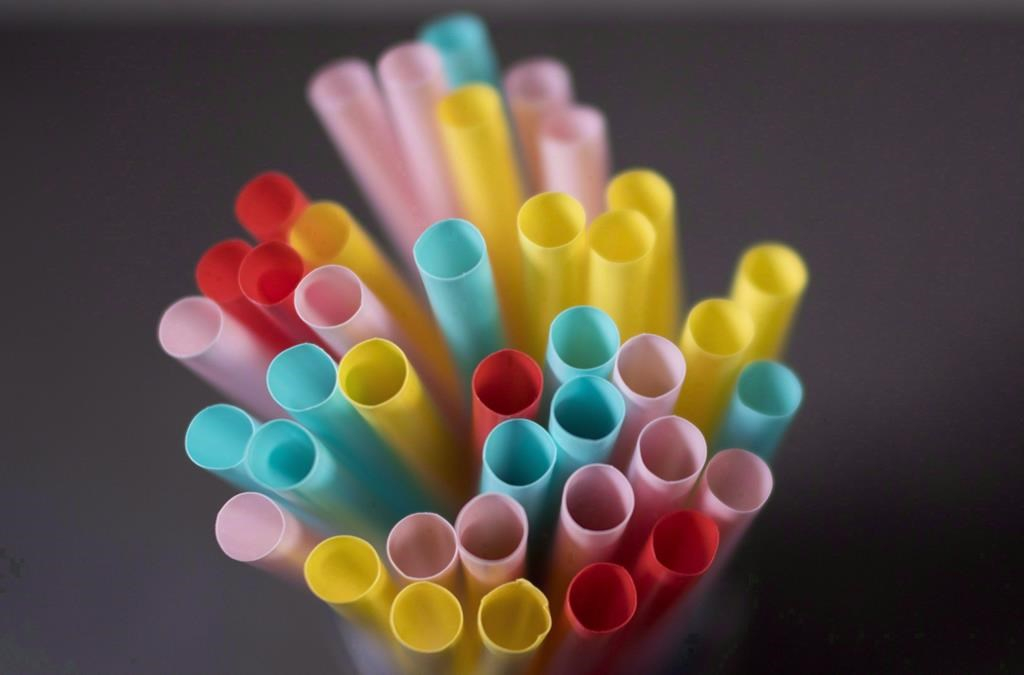 Plastic straws are pictured in North Vancouver, B.C. on Monday, June 4, 2018. Environment Minister Jonathan Wilkinson says a national ban on many single-use plastics is still on track for next year. Photo by The Canadian Press/Jonathan Hayward
Previous story
Next story

A national ban on many single-use plastics is on track for next year after a government report concluded Thursday that there is more than enough evidence proving plastic pollution is harmful.

"We will be moving towards a ban on harmful single-use plastics and we will be doing that in 2021," said Environment Minister Jonathan Wilkinson.

The federal Liberals promised last June they'd seek to ban plastic versions of a number of products such as straws, take-out containers and grocery bags. The ban would happen under the Canadian Environmental Protection Act, which requires a scientific assessment of the problem first.

A draft version of that assessment was released Thursday. It will be open to public comment until April 1.

The report says that in 2016, 29,000 tonnes of plastic garbage, the equivalent of about 2.3 billion single-use plastic water bottles, ended up as litter in Canada — on beaches, in parks, in lakes, and even, says the report, in the air.

Some of the litter is easily visible: pieces bigger than 5 mm are called "macroplastics." But much of it is plastic that most of us can't easily see, known as "microplastics" and "microfibres." These are tiny remnants of plastic smaller than 5 mm, that come when larger pieces of plastic are broken apart. They are also shed off things like clothes made of synthetic fabric, fleece blankets, and tires.

The science looked at the impact of all types of plastics and concluded that evidence is clear macroplastics are hurting wildlife: Dead birds found with plastic in their intestines, whales that wash up on shore with stomachs filled with tonnes of plastic they ingested as they swam, including flip flops and nylon ropes.

In one case, a turtle was found emaciated and dying. When the plastic was removed from its digestive tract, the turtle recovered.

The evidence is less clear about the harmful impacts of people or wildlife ingesting microplastics, and the scientists recommended further study be undertaken. A new fund of $2.2 million over the next two years will fund research on microplastics.

Wilkinson said the finding on macroplastics is enough to proceed with the ban.

He said the specific items that will be banned are still being worked out with scientists. A list will be released in the next few months, he said.

Plastic bags, straws, bottles and Styrofoam containers meant to be used once and discarded are all expected to be on the list but nothing has yet been confirmed.

Wilkinson said there will be time given to businesses who rely on those products to adapt but he is firm that the government is not going to wait several years.

"I think the Canadian public wants to see action quickly so certainly if there is a phase-in period, it won't be an extensive one."

The Canadian Plastics Industry Association is not in favour of banning plastic items, saying it removes choice and alternatives are often worse.

"Given that scientific and economic studies around the world demonstrate that in most cases plastic packaging, plastic shopping bags and some single-use plastics are a better environmental choice when managed properly, bans are not the answer but rather managing them at their end of life is," the association says in a statement on its website.

Sarah King, head of the oceans and plastics campaign for Greenpeace Canada, said she doesn't want the ban to result in alternative single-use items because that would simply be trading in one problem for another.

Rather she said the focus has to be on changing delivery models so we reduce unnecessary packaging and reuse that which cannot be avoided.

King said 2021 is fast enough for a ban to start "as long as the ban list is comprehensive," and includes both specific products and specific types of plastics.

NDP Leader Jagmeet Singh, however, said there is no reason to wait until 2021.

"We know that single-use plastics will stick around forever," said Singh. "The idea that plastics and a product that is being designed to be used one time and it will last forever is simply irrational and it doesn't make sense. We've got to put an end to it."

Wilkinson said a plastics ban is only part of the government's plan to address the problem of plastic waste. He said there is also work underway with the provinces to make the producers of plastics responsible for ensuring they don't end up as garbage anywhere.

In 2018, when Canada hosted the G7 leaders' summit, Canada and four other leading economies signed a charter pledging that by 2040 all plastic produced in their countries would be reused, recycled or burned to produce energy. The United States and Japan stayed out.

Prince Albert, Sask. set to give plastic bags the boot

By The Canadian Press | News, Politics | January 29th 2020
Race to a Safer World

By The Canadian Press | News, Politics | January 24th 2020
Race to a Safer World