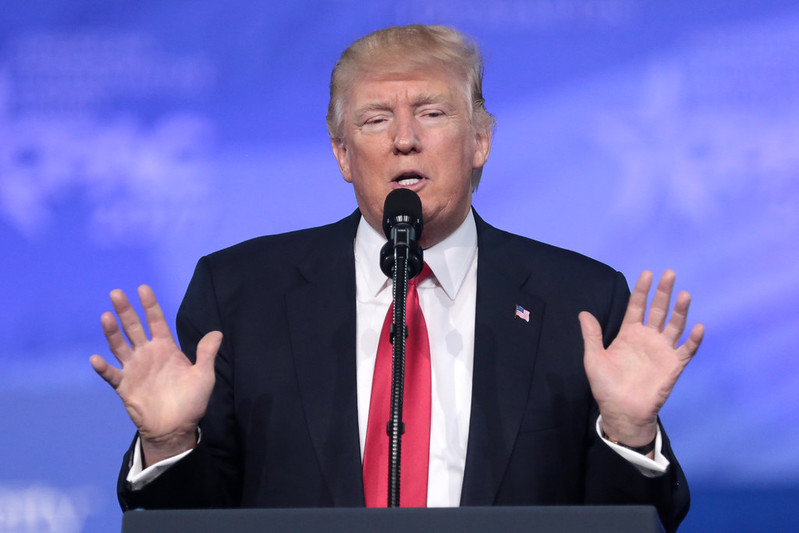 The Trump administration on Thursday unveiled plans to permanently slash protections for hundreds of species of migratory birds ― a rollback that will primarily benefit the fossil fuel industry, power companies and major developers.

The proposed rule from the U.S. Fish and Wildlife Service seeks to codify a December 2017 legal opinion by Daniel Jorjani, the Interior Department’s top lawyer and a former adviser of fossil fuel moguls Charles and David Koch﻿.

Federal wildlife officials have already been treating that guidance as the established rule, essentially legalizing all unintentional migratory bird deaths, including those caused by oil rigs, power lines and wind turbines. The change meant that the 100-year-old Migratory Bird Treaty Act solely prohibits the intentional hunting, capturing or killing of bird species.

In other words, if an activity or operation ― drilling for oil, constructing a building, cutting down trees or spraying chemicals ― is not intended to kill birds, then any resulting bird deaths are not a violation of federal law. Federal investigations into bird deaths have already come to a halt, and agencies have even discouraged companies from taking precautionary measures and reporting animal deaths to officials, a recent New York Times investigation found.

In a call with reporters Thursday, U.S. Fish and Wildlife Service Director Aurelia Skipwith said “migratory bird conservation is an integral part” of the agency’s mission, but stressed that regulations have left the agency “in a legal quagmire that doesn’t benefit our conservation objectives.”

The proposal, she said, “ensures hunting remains a benefit rather than a detriment to bird populations” and that “private industry, which are critical to our nation’s economy and overall well-being, can operate without the fear and uncertainty that the unintentional consequences of their actions will be prosecuted.”

Agency officials took no on-record questions from the media during the call. The proposed regulations are expected to be published early next week, which will kick off a 45-day public comment period.

Industry groups were quick to celebrate the Trump administration’s interpretation of the law back in 2017 and are certain to embrace Thursday’s action. Erik Milito of the American Petroleum Institute, the main trade association for the oil and natural gas industry, previously called the administration’s approach “an example of astute governance that provides certainty for responsible owners and operators of oil and natural gas facilities.”

The administration is already being sued over its controversial policy. The National Audubon Society and other wildlife organizations have argued the administration’s effort is an arbitrary handout to polluting industries, undermines decadeslong protections for migratory birds and opens the door for industry negligence. Attorneys general from eight states, including New York and California, have filed separate litigation. And 17 former Interior Department officials wrote to the Trump administration in January 2018 to oppose the rollback, calling it “a new, contrived legal standard that creates a huge loophole in the MBTA, allowing companies to engage in activities that routinely kill migratory birds.”

The new regulation is expected to draw additional lawsuits.

“With a recent study finding there are 3 billion fewer birds in North America than 50 years ago, you’d think we’d want more protection for birds, not less,” Noah Greenwald, endangered species director at the Center for Biological Diversity, said in a statement. “This rule violates the trust and will of millions of Americans who love birds and want them around for future generations to enjoy.”

The 1918 law protects more than 1,000 species of migratory birds, including eagles, cranes, terns, sandpipers and geese. It prohibits pursuing, hunting, capturing, killing or possessing birds or their parts without proper permits, with misdemeanor violations of the law resulting in as many as six months in prison and fines of up to $15,000.

For decades companies have been prosecuted under the law for unintentional bird deaths, one of the most notable examples being the $100 million in fines that BP agreed to pay over damage from the 2010 Deepwater Horizon oil spill. The disaster killed an estimated 800,000 birds.

Amid global climate change and extinction crises, the Trump administration has led an aggressive push for so-called “energy dominance.” It has weakened or scrapped a slew of environmental regulations in an effort to boost domestic fossil fuel production. And Trump has repeatedly railed against wind energy and overstated its negative impacts, claiming among other things that wind turbines “destroy” bird populations.

“You want to see a bird graveyard? ... Go under a windmill someday,” he said at a summit in Florida last month. “You’ll see more birds than you’ve ever seen in your life.”

While it is true that windmills are problematic for bird species, killing an estimated 140,000 to 328,000 birds in the U.S. each year, that pales in comparison to other human activity. Domestic and feral cats kill between 1.3 billion and 4 billion birds each year. Power lines result in anywhere from hundreds of thousands to 175 million bird deaths annually, while communication towers kill between 4 million and 50 million, according to a 2005 study by the U.S. Forest Service. And up to 2 million birds die each year after landing on fluid-filled waste pits at oil production operations, a 2006 Fish and Wildlife Service study found.

In the final days of the Obama administration, former Interior solicitor Hilary Tompkins issued a legal opinion concluding that the law applied to incidental wounding, killing or trapping of birds. Jorjani’s guidance reversed that interpretation.

“Interpreting the MBTA to apply to incidental or accidental actions hangs the sword of Damocles over a host of otherwise lawful and productive actions, threatening up to six months in jail and a $15,000 penalty for each and every bird injured or killed,” Jorjani wrote in the 2017 legal opinion.

Unlike a legal opinion, the proposed regulation that Trump’s Interior Department rolled out Thursday would be much harder for a future administration to reverse.

During a congressional hearing in May, Jorjani was questioned about whether his years working for the Koch brothers influenced his decision to weaken the Migratory Bird Treaty Act.

“What industry most benefits from your [legal] opinion?” Sen. Mazie Hirono (D-Hawaii) asked.

“I’m not aware of any particular industry that benefits from this,” Jorjani replied. “I’d like to think the American people benefit from a...”

“I’d like to think so, too,” Hirono shot back. “But you cannot escape the conclusion that the people you used to work for before, the Koch brothers, that this one was one of their biggest issues that they wanted to have done away with ― prosecutions under the migratory species treaty.”

This story has been updated with additional background and comments.

US and Canada have lost three billion birds since 1970