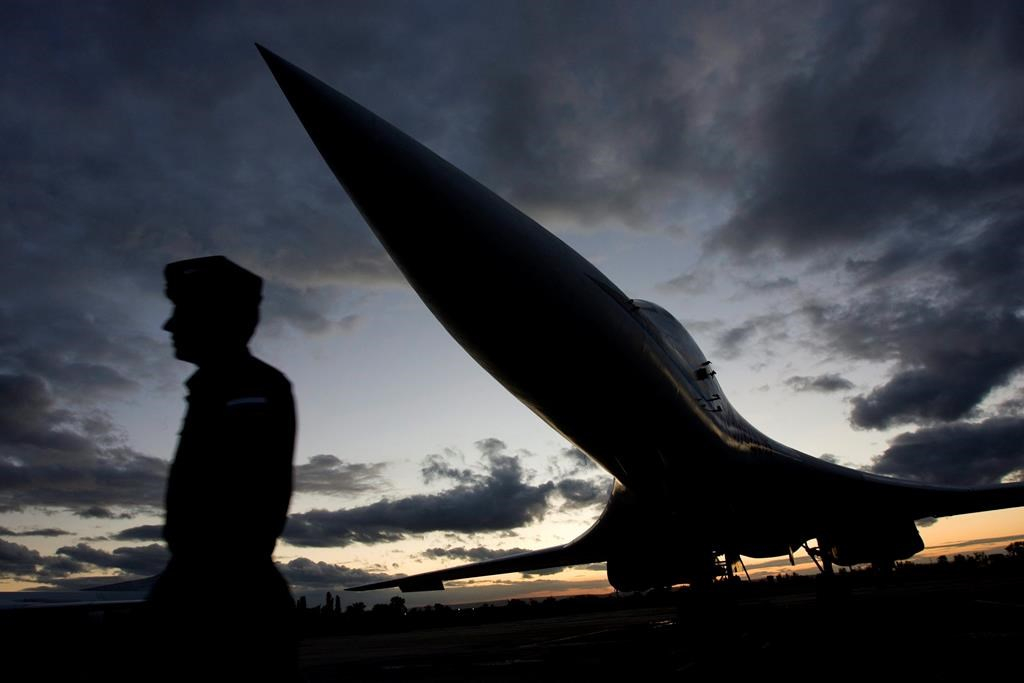 Russia's strategic bomber Tu-160 or White Swan, the largest supersonic bomber in the world, seen at Engels Air Base near Saratov, about 700 kilometers southeast of Moscow, on Thursday, Aug. 7, 2008. File photo by The Associated Press/Misha Japaridze
Previous story
Next story

The two TU-160 Blackjack bombers crossed the North Pole and approached Canada from western Russia, but remained in international airspace before departing, according to Norad.

Norad said it tracked the supersonic bombers as they flew through Canada's air defence identification zone, which is an area of international airspace the military monitors to protect against any possible attack, but did not scramble fighters to intercept the Russians.

It was the first time Russian bombers have been detected approaching North America since August, when Russia conducted a number of bomber flights in the Arctic, the Baltics and other places.

"Our adversaries continue to flex their long-range weapons systems and engage in increasingly aggressive efforts, to include the approaches to the United States and Canada," Gen. Terrence J. O'Shaughnessy, the U.S. commander of Norad, said in a statement on Friday.

"Norad is driven by a single unyielding priority: defending the U.S. and Canada, our homelands, from attack."

This most recent flight follows increased warnings from Canadian and U.S. military officers, including O'Shaughnessy, that the technology underpinning the Norad system is obsolete.

The most recent officer to voice such concerns was Commodore Jamie Clarke, a Canadian who is Norad's deputy director of strategy. He said this week that Norad cannot identify and track long-range Russian bombers before they are close enough to launch missiles at the continent.

The federal government has said it is committed to modernizing the system, but talks with the U.S. have been minimal and no money has been set aside for what is expected to be a multibillion-dollar project.

Norad's technology was last upgraded in the 1980s, before the end of the Cold War, though the U.S. did incorporate the ability to shoot down incoming missiles in the mid-2000s. Canada decided in 2005 against joining what is now known as ballistic-missile defence.

Since then, Russia and China have been developing and building new weapons that can strike North America from afar, including cruise and hypersonic missiles, drones, along with more advanced submarines and other naval vessels as well as space-based and cyber weapons.

The usual twaddle softening the public up for announces to increased military spending. Russia and China (North Korea, Iran, India, Pakistan, will disarm when NATO and its member nations and allies do too; not before. The U.S and its vassal states (including us) overwhelmingly outspend these putative "adversaries". The U.S. and its vassal states are behind the wheel of all the arms race vehicles. No one can slow down until we do.

There is a new technology

There is a new technology that may be ready for prime time for application in the Canadian Arctic, not only for defence but for civilian freight and travel: the airship. Hybrid Air Vehicles in the UK is at the production stage with their Airlander 10, and it looks pretty capable. It can stay airborne for 5 days and fly 4,000 miles. Perhaps it could be a radar platform as a stop-gap until NORAD ground facilities are improved. It doesn't need ground facilities so can land anywhere. There's even a hybrid variant. I'm imagining a fleet of them patrolling continuously, which would go some distance to cementing our sovereignty claims as well. Perhaps Hybrid could be enticed to build them here with a large order.

The usual twaddle softening the public up for inevitable announcements to increase military spending to update "obsolete" weopons systems. Russia and China (North Korea, Iran, India, Pakistan, etc, etc, etc) will only disarm when NATO and its member nations and allies do too, not before. The U.S and its vassal states (including us) overwhelmingly outspend its "adversaries". The U.S. and its vassal states are behind the wheel of the Formula 1 racers. Everyone else drives jalopies, relatively speaking. No one can slow down until we do.
The true adversary is war itself, of course. Peace, man.