RCMP to Wet'suwet'en: stand down over Coastal GasLink or face arrest 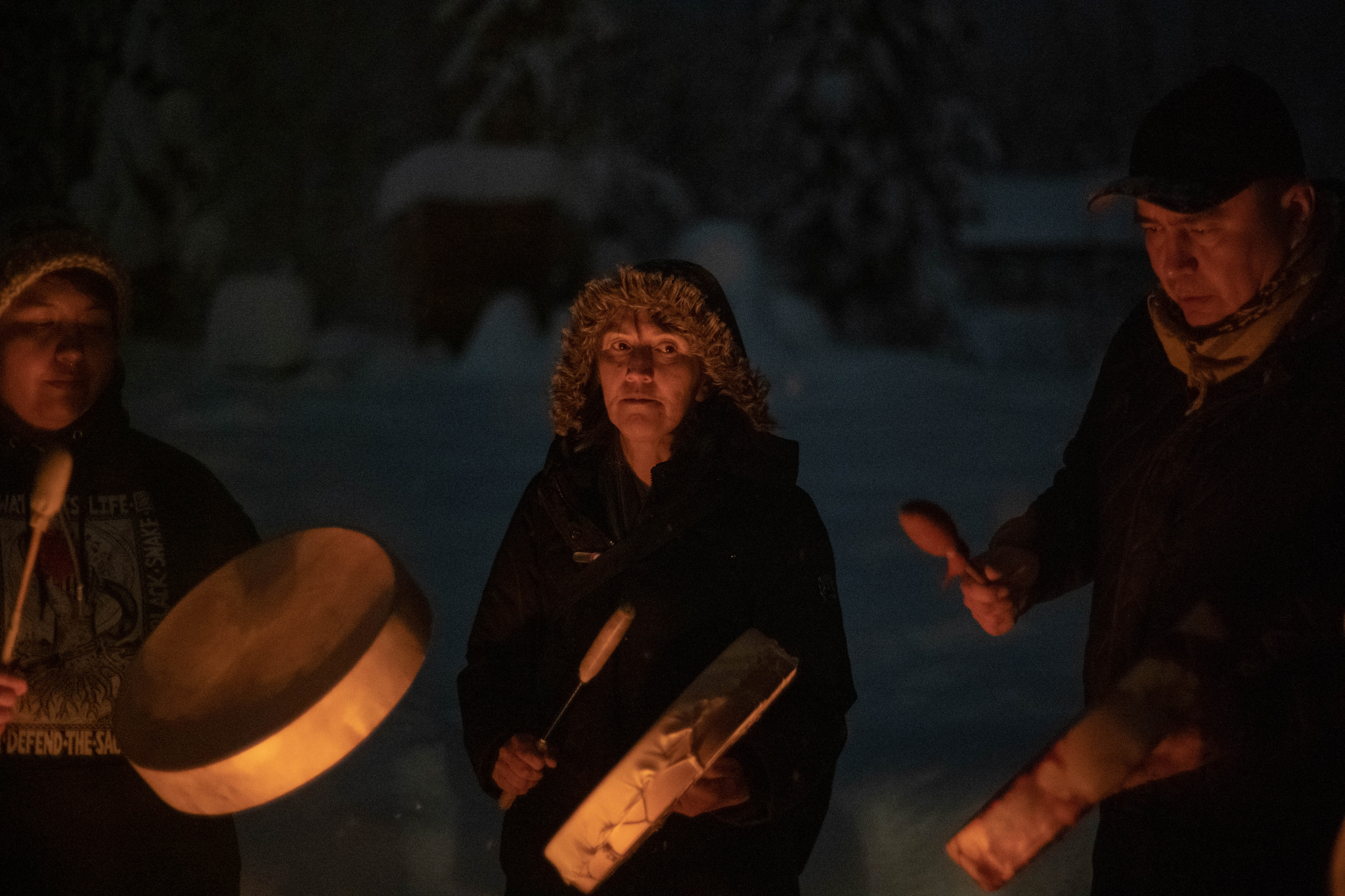 B.C. RCMP say members of the Wet’suwet’en Nation and their supporters must get out of the way of the Coastal GasLink pipeline, or risk arrest in the days to come.

In a Wednesday news conference, Eric Stubbs, the RCMP’s assistant commissioner for criminal operations and core policing in British Columbia, said officers have been told to use the minimum amount of force necessary but “will respond to the behaviors that are presented before them.” The territory 1,200 kilometres north of Vancouver is an “active conflict area,” he said.

“Some people want to be arrested. We can accommodate that, no handcuffs and you'll be processed,” Stubbs said.

“Other people… they don't fight back, they just stand there and not move or they lay on the ground. We can easily take them away.”

Molly Wickham, also known as Sleydo, a spokesperson for the Gidimt'en Clan of the Wet'suwet'en Nation, said the RCMP news conference seemed to show that the RCMP view the Wet’suweten as protestors and not people who are trying to live peacefully on their land.

“Most of it was just to make them sound good, but also to threaten us," she said.

Members of the nation have set up several camps along the Morice West Forest Service Road in northern B.C. to reoccupy their unceded traditional lands. The Coastal GasLink pipeline would run through unceded Wet’suwet’en territory, over the objections of the nation’s hereditary chiefs, who retain jurisdiction over the area under Wet’suwet’en law.

Coastal GasLink is a project of TC Energy, the Calgary-based energy company formerly known as TransCanada Corp. If constructed, the 670-kilometre pipeline would deliver natural gas from the Dawson Creek region to the proposed LNG Canada facility in Kitimat, B.C. for processing and export.

Tensions in the region have been high since January 2019, when the RCMP violently arrested 14 people while enforcing a court order to remove the Wet’suwet’en from the path of the pipeline’s construction. Officers leading the 2019 effort were prepared at the time to use deadly force against the Wet’suwet’en and had snipers in place, the Guardian reported in December.

Members of Wet'suwet'en Nation in northern B.C. expect conflict with police to come at any moment. #bcpoli

RCMP presence in the area has been ramping up again since Jan. 13, when officers started restricting access to the remote service road. In recent days, officers have been pouring into nearby towns, conducting surveillance helicopter flights over Wet’suwet’en camps and staging to enforce the second injunction.

The checkpoint was the “beginning” of the RCMP’s efforts to enforce the injunction, Stubbs said Wednesday.

Last week, the Wet’suwet’en hereditary chiefs and the province agreed to sit down for seven days of discussions known as Wiggus — the Wet'suwet'en word for respect ⁠— during which RCMP said they would stand down. But the talks fell apart Tuesday night, and the community fears an RCMP sweep of their camps is imminent.

'Removing people from their territories is violent'

The flashpoint at the centre of the conflict over Coastal GasLink is a clash between the traditional Wet’suwet’en legal system and Canada’s colonial legal system.

Under Wet’suwet’en law, authority over the nation’s 22,000 square kilometres of unceded territory lies with hereditary chiefs from five clans, who oppose the pipeline. But TC Energy, which owns the pipeline project, received approval to build the pipeline from some elected band councils. The councils were created by Canada’s colonial Indian Act and have jurisdiction over reserve lands but not the area adjacent to the pipeline

A 1997 Supreme Court of Canada decision affirmed that the provincial government can’t take away the hereditary chiefs’ right to their land. However, the court also sent the case back for a second trial that hasn’t yet happened, which has left many aspects of the dispute unresolved.

Speaking at the press conference Wednesday, Stubbs said the RCMP had taken a “measured approach” to enforcement of the injunction, including five weeks of talks. He also touted the RCMP’s cultural sensitivity training, which he said was conducted by an elder.

Sleydo said there were two discussions between the RCMP and the hereditary chiefs, not five weeks’ worth. And she said the cultural sensitivity training was “complete and utter bogus.”

“If it's the same person as last year, the person who did the so-called sensitivity training is not an elder and works for Coastal GasLink,” she said.

Even today, Jennifer Wickham said, RCMP asked a community member to present a “Wet’suwet’en card” before going through the police blockade. No such card exists.

“It's all kinds of messed up,” she added.

Stubbs said the injunction is not optional for RCMP to enforce, nor can they delay enforcement indefinitely ⁠— a conclusion that the B.C. Civil Liberties Association has publicly contested.

Stubbs added that if arrests need to be made, they can go one of three ways: Those willing to go peacefully with police would not require handcuffs. Those who refuse to move would be carried away with little force. If neither of these situations occur “our members will respond to the behaviours that are presented before them,” he said.

He said a review of police action in enforcing an earlier injunction last year found that officers did not punch or kick protestors or use firearms of other weapons such as pepper spray, batons, or Tasers. He said the RCMP did a review of the force’s actions last year and made “numerous changes” in response, though he declined to specify what was changed.

All interactions during the enforcement will be recorded from the air and using officer body cameras, the RCMP said.

Sleydo said she feels the police have still failed to take responsibility for the events that happened last year, and stressed that the lack of serious injuries does not mean there was no violence or significant force used in 2019.

"Removing people from their territories is violent... pointing guns at them is violent," she said.

"It’s really important for the public to know that they're still threatening the exact same kind of violence."

In a statement, LNG Canada, which owns the proposed marine terminal Coastal GasLink would connect to on the northern B.C. coast, said it supports the pipeline as the projects move forward. It also said the project has all the permits it needs to proceed, however it is still waiting on one final greenlight from the B.C. Environmental Assessment Office.

“We were hopeful the issue of Coastal GasLink access could have been resolved without the need to enforce the B.C. Supreme Court injunction,” the statement read.

“The safety and security of all involved are of primary importance to LNG Canada.”

What the H... !! Its unceeded, their land, their territory. The RCMP is acting as an mercenary invading force and the government has not acted honourably. Clearly the government is acting like a bully. I want to see this at the Supreme Court.

completely agree with all of

completely agree with all of above comment. It is very frustrating listening to CBC radio report that "protesters against a pipeline in BC" are causing a hold up in the pipeline installation. 10 seconds of sly misdirection.
Global news is slightly more fulsome and honest in its coverage. But to get the MSM to describe the Wet'suet'en as defending their homeland is sure not happening