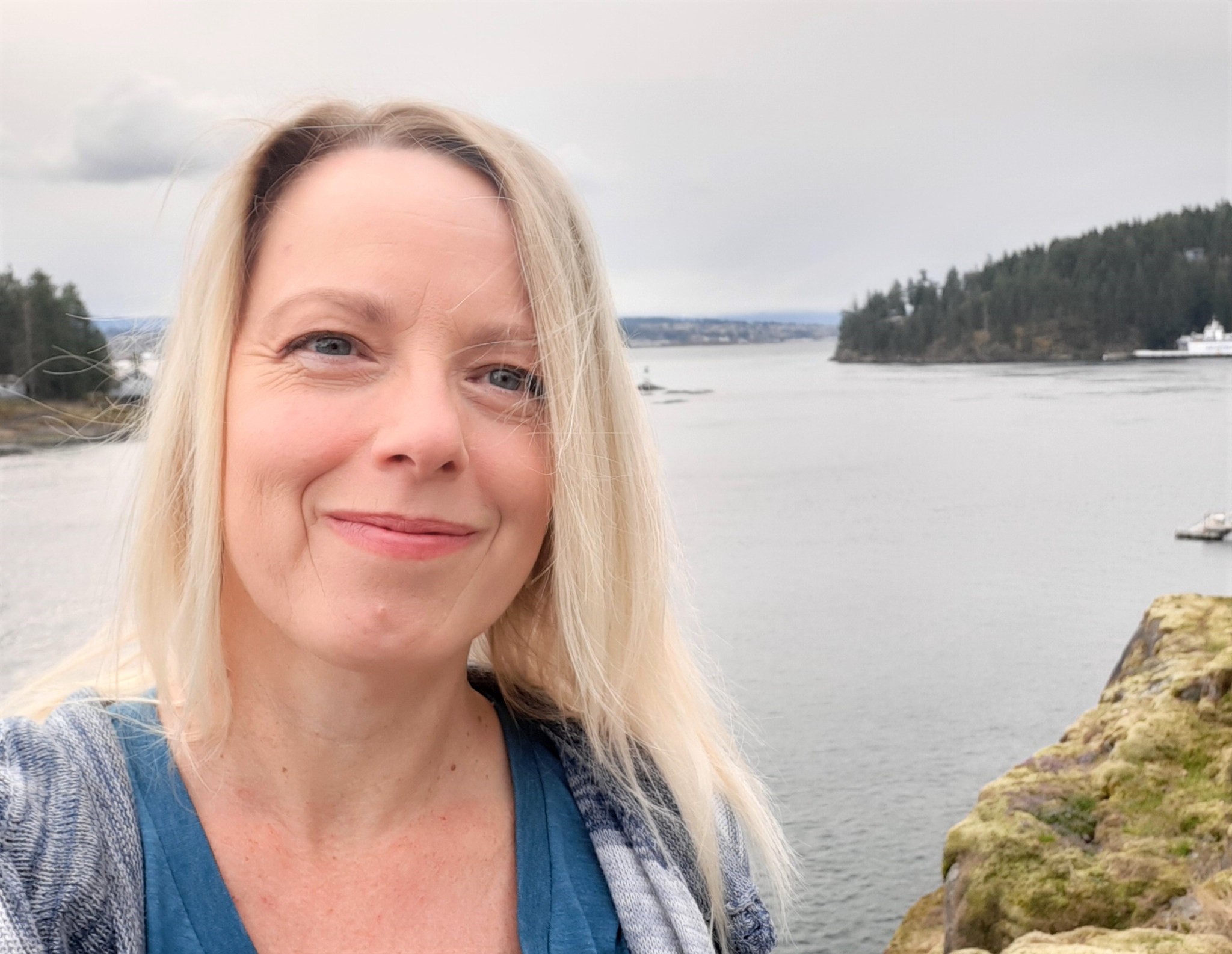 Kristene Perron set up a caremongering Facebook page for Quadra Island to organize the groundswell of help offers in the community. Photo: courtesy of Kristene Perron
Previous story
Next story

Senior Mike Windrim is forthright about what Quadra Island’s new caremongering group and his neighbours’ help means to him during the coronavirus emergency.

Their efforts are the difference between life and death, says the 66-year-old.

“I’ll accept care from the group and people in this community until I’m one step away from the door,” said Windrim. “It’s keeping me from a deadly situation.”

Windrim has end-stage renal failure and is immune compromised due to a bone marrow transplant 15 years ago to fight an illness similar to leukemia.

“If this virus got hold of me, I wouldn’t last two minutes,” he said.

Windrim is in self-isolation and relies on assistance from the caremongering group and neighbours' ongoing support to get groceries and medications while he has to stay indoors.

He appreciates that he can ease the load on his neighbours and distribute requests during the pandemic.

“I have friends and neighbours willing to do anything for me, but they were busy one day so I asked the caremongers,” Windrim said. “They not only did my shopping, but they gave me stuff I needed that they had on hand and wasn’t in stores.“

“That Kristene, she’s a real go-getter,” Windrim said of the new group’s organizer.

“These are the kind of everyday heroes that will get us through this crisis,” says Kristene Perron, describing Quadra residents on the island's caremongering site that help vulnerable friends and neighbours.

Kristene Perron got the Caremongering Quadra Island Facebook group rolling after reading about similar groups popping up in communities across Canada.

She wanted to organize the island’s acts of kindness and resources to ensure vulnerable residents had food, housing, healthcare, and other necessities during the spread of the virus.

Quadra, a small island off the east coast of Vancouver Island with fewer than 3,000 residents, is known for its tight-knit community.

“People on this island were already stepping up and doing great things to help others when I started the group,” said Perron,

“All I wanted to do was centralize their efforts.”

Residents are offering to buddy up with vulnerable seniors or those at risk in self-isolation, to grocery shop, do pharmacy runs, and provide cooked meals on the caremongering site.

Some women made giant batches of borscht and offered up meals to those not be able to prepare something for themselves, said Perron.

“I think that’s fabulous. Who doesn’t want a homemade meal, especially something as tasty as soup,” she said.

Innumerable businesses on the island are also stepping up to meet residents’ needs, said Perron.

Both Inspirations, an office and art supply shop, in Quathiaski Cove and the Tru Value grocery store in Heriot Bay have established free, public WiFi hot spots with the help Gulf Island Cable.

Perron is proud and heartened by the groundswell of offers to help others on Quadra.

“These are the kind of everyday heroes that will get us through this crisis,” she said. “We’ll only get by as a team.”

The caremongering Facebook site also acts as a central location for community, government and local business announcements and health information about virus.

The Quadra Emergency Program, the Neighbourhood Emergency Preparedness Program (NEPP) and Quadra Circle for seniors, already at work during the crisis, have partnered with Quadra caremongering, said Perron.

The coalition has created and printed forms with offers to help for community members to drop off for neighbours who are self-isolating but may not be online.

Those who are online and need help can post requests on the Facebook site, or direct message Perron who can pair them with a resident willing to help.

And residents who want complete anonymity can also access Beacon Buddies, a website designed on Vancouver Island that sets up someone who needs help with a buddy.

Windrim says Quadra caremongering allows him to remain at home during the COVID-19 crisis rather than move into an extended care home in Campbell River, located a 15-minute ferry ride away on Vancouver Island.

“With the death row happening right now at facilities that care for people like me… thanks but no thanks,” said Windrim.

A number of COVID clusters and the majority of deaths in B.C. have been linked to seniors’ care facilities, primarily in the Lower Mainland, according to provincial health authorities. Ten of the total 13 deaths were residents caught in an outbreak at the Lynn Valley Care Centre in North Vancouver.

There are now 44 confirmed cases coronavirus in the Island Health region.

However, Henry highlighted that 173 people, or 28 percent of the total cases diagnosed in B.C., have recovered from the virus and are no longer in self-isolation.

Windrim is grateful his chances of staying virus free are better thanks to his neigbours and caremongers on Quadra.

“I really feel cared for,” he said. “I love this community.”