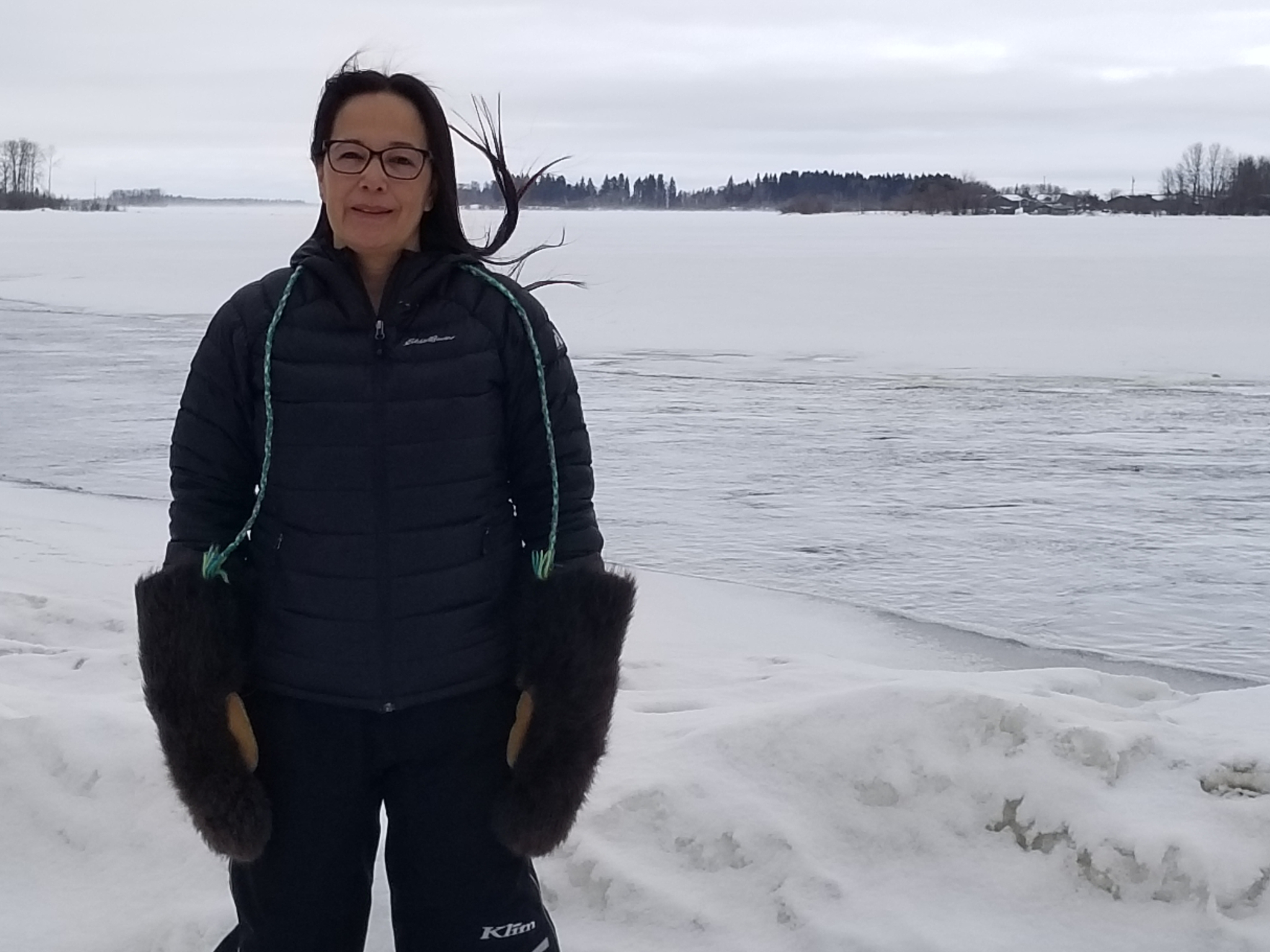 Lac La Ronge Indian Band Chief Tammy Cook-Searson on the banks of the Montreal River in Air Ronge on Saturday. She is delivering hampers of essentials to band members in self isolation. Photograph by Michael Bramadat-Willcock
Previous story
Next story

Council of the Lac La Ronge Indian Band drafted the bylaw at a meeting held on March 26, in La Ronge, Sask., and passed it remotely by quorum on Monday.

Lac La Ronge Indian Band Chief Tammy Cook-Searson told National Observer on Friday that the measure was under consideration in order to ensure the health and safety of the community and combat the spread of COVID-19.

“Just to have the local people in the community that can go in and out but not people that don’t live in that community,” Cook-Searson said.

There are currently no confirmed cases of COVID-19 in Lac La Ronge and the community hopes to keep it that way.

“The potential spread of the novel coronavirus causing the disease COVID-19 requires urgent measures be taken to protect the health of residents of Lac La Ronge Indian Band reserves,” the bylaw states.

Lac La Ronge is located near the Town of La Ronge and the Northern Village of Air Ronge. LLRIB jurisdictions extend from central Saskatchewan north beyond Churchill River. It's the largest First Nation in the province with a 2018 population of approximately 11,079.

Non-residents must request permission to access LLRIB territory with at least 24 hours notice and the band manager will then decide if the request is for an approved purpose before informing non-residents and security of their decision.

If a non-resident gives less than 24 hours notice of their intention to access the reserve, security will decide whether the visit equates to an approved purpose. If a visit is not approved, LLRIB security is instructed to remove them immediately.

"We are dealing with an invisible enemy and every Saskatchewan resident, First Nations and non-First Nation, must do everything necessary to protect everyone within our region" FSIN Chief Bobby Cameron

Citing the Indian Act, Council made the decision “for the purpose of providing for the health of residents on the reserve and preventing the spreading of contagious and infectious diseases” and authorizes “removal and punishment of persons trespassing on the reserve or frequenting the reserve for prohibited purposes.”

The bylaw will remain in force until either Council repeals it or until “the province of Saskatchewan declares that physical (social) distancing is no longer a necessary or recommended measure to deal with the COVID-19 virus.”

On March 21, the Federation of Sovereign Indigenous Nations (FSIN) asked that Premier Scott Moe close provincial borders to stop the spread of COVID-19.

"The traffic on our highways coming in and out of the provincial borders continues to put everyone in Saskatchewan at unnecessary risk," FSIN Chief Bobby Cameron said in a news release.

"We are dealing with an invisible enemy and every Saskatchewan resident, First Nations and non-First Nation, must do everything necessary to protect everyone within our region," Cameron said.

One individual diagnosed with COVID-19 in Southend has recovered according to the Northern Inter-Tribal Health Authority (NITHA) and as of March 28, there were no further reported cases of COVID-19 on First Nations reserves in the province.

Access to LLRIB reserves by non-residents will be permitted for approved purposes only. Those are: maintaining critical infrastructure; providing essential services; providing health care; distributing medicine; delivering necessary supplies such as food, water, clothing, and fuel; the administration and governance of the Nation; or caring for a resident who is a close family member.