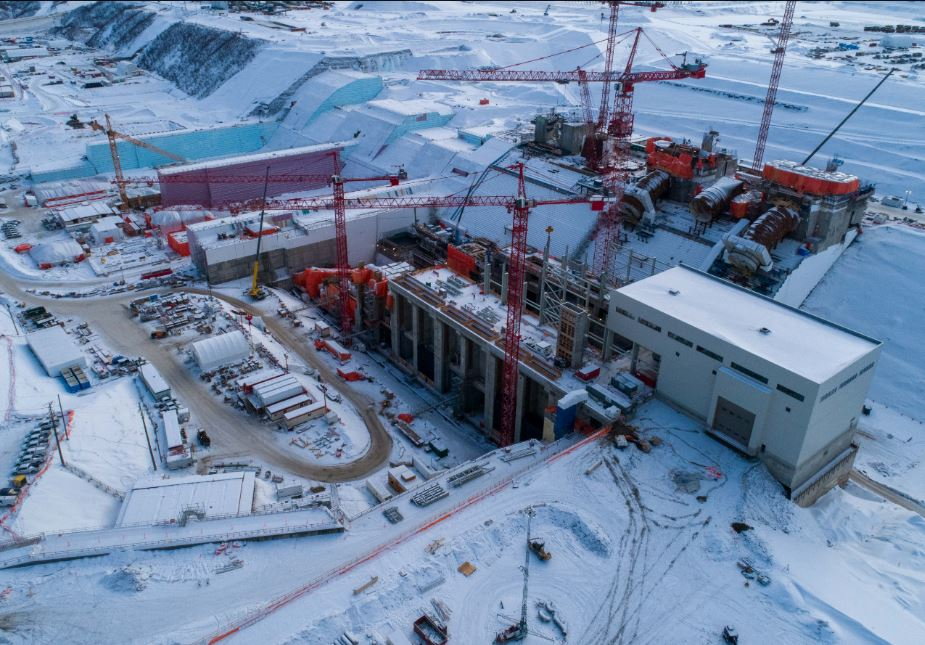 File photo of the Site C dam project in B.C. Photo by Site C / BC Hydro
Previous story
Next story

BC Hydro has suspended its shuttle service for the Site C dam, and says six people are in self-isolation at the work camp, following its establishment of coronavirus screening measures.

The decision by the provincial utility comes as a prominent First Nations leader said Friday that she still has concerns about work camps for resource projects, such as the Site C hydro dam on the Peace River in northeast B.C., continuing to operate.

BC Hydro said in a statement it was “temporarily suspending” the shuttle service between Fort St. John and the work camp, called Two Rivers Lodge, which is currently housing 932 workers after the utility scaled back some construction activity.

It said it has observed a “steady decline” in people riding the shuttle, “corresponding with the reduction in the number of workers staying in the lodge” and it would make arrangements for things like ordering and delivery to accommodate workers.

This week, BC Hydro began putting in place screening measures to detect COVID-19 amongst its workers building the massive hydro dam. Contractors working on the project have been using a self-assessment questionnaire.

The utility says it is now taking the temperature of every worker entering the site.

Despite the six people now in isolation, the utility says it “has not been notified of any confirmed cases of COVID-19 at Site C” and that the on-site health clinic was following health ministry guidelines specifying that people should self-isolate if they show symptoms.

“BC Hydro is being very cautious with our application of the guidelines and asking people to self-isolate with any slight symptom,” it stated.

Virus 'seems to apply to everyone' but big industry

On Friday, Kukpi7 Judy Wilson, Union of British Columbia Indian Chiefs (UBCIC) secretary-treasurer, reiterated the group’s position that BC Hydro should halt all construction at Site C due to the risk coronavirus poses to workers and nearby communities.

BC Hydro has suspended its shuttle service for the Site C dam, and says six people are in self-isolation at the work camp, following its establishment of coronavirus screening measures.

UBCIC has also sent a letter to Prime Minister Justin Trudeau, B.C. Premier John Horgan, and provincial and federal health ministers that asked for work on the natural gas pipeline, Coastal GasLink, to be stopped to protect public health.

As well, the Green Party and B.C. Indigenous leaders have expressed concerns about the continued construction of the Trans Mountain oil pipeline, which is now owned by the government of Canada.

“There seems to be a government push, still, to rely on big oil, and dirty fossil fuel oil and gas,” said Wilson at an online rally organized by Sustainabiliteens, Our Earth, Our Future, Leadnow, Dogwood and Stand.earth.

“The COVID virus seems to apply to everyone (in terms of) physical and social distancing ... and precautions, but it doesn’t seem to apply to big industry, or oil and gas,” she said.

The B.C. government has said construction sites can continue to operate, but with restrictions, and has issued guidance for keeping safe from COVID-19, such as limiting the amount of people in the same space, maintaining social distancing, increasing hand-washing stations and cleaning common surfaces.

On Monday, it also published a document on controlling COVID-19 specifically in industrial camps, which includes recommendations like self-isolating individuals who are showing symptoms.

Coastal GasLink said March 31 that “there have been no confirmed COVID-19 cases of any individuals” working on the project.

It posted a number of measures it was taking, including postponing tours, keeping only on-site workers on construction, holding meetings remotely where possible, and requiring good hygiene practices and social distancing for workers.

“We are confident we have executed all the requirements of health authorities and governments and we are continuing to build on those safety measures at all our work and operations sites,” said president and CEO Ian Anderson.

This week, Trudeau suggested that Trans Mountain would continue construction.

On Friday, Trudeau also said he had held a discussion with premiers on Thursday that included an aid package for the oil and gas industry.

The Globe and Mail reported two weeks ago that the government was preparing a “multibillion-dollar bailout package for Canada’s oil and gas sector,” but such an initiative has not yet materialized.

“I can highlight that in our conversation (Thursday night), the premiers and I did discuss this,” said Trudeau, answering a question from media about what happened to a potential bailout.

“I heard directly from (Alberta) Premier (Jason) Kenney and others on the importance of support to the oil sector. We’re going to continue to work with them.”

Trudeau also said his government’s coronavirus relief measures, including a wage subsidy for employers and an emergency response benefit for workers, “will be of help to people right across the country, including in the oil sector.”