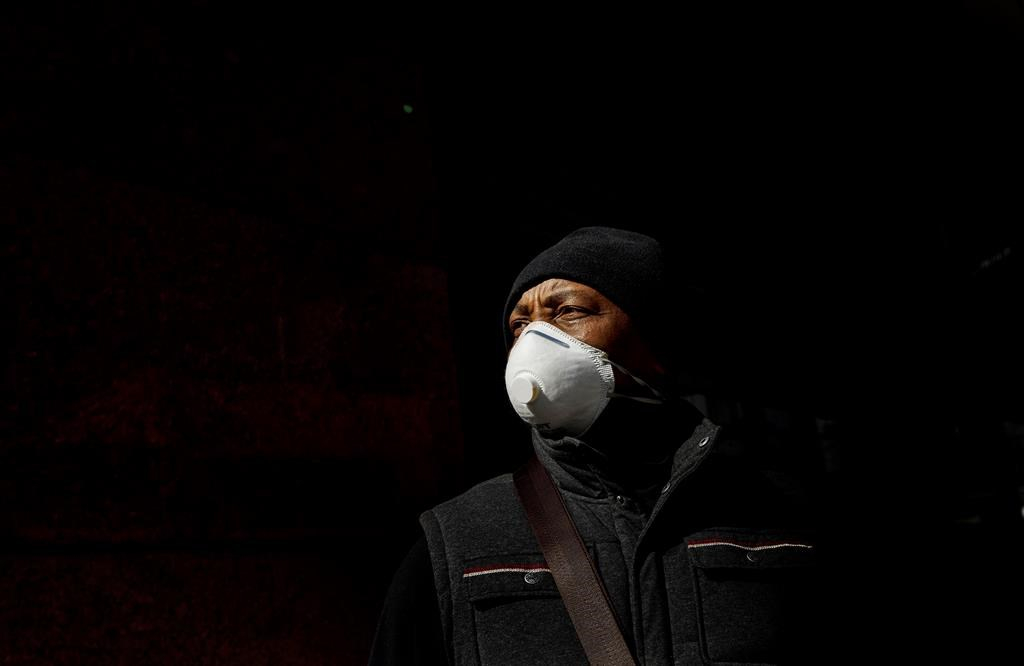 George Mutabazi wears a mask to protect from COVID-19 during the ongoing world pandemic, in Edmonton Alta, on Wednesday, April 8, 2020. Photo by The Canadian Press/Jason Franson
Previous story
Next story

Canadians will get a double-barrelled blast of grim news today: the first jobless numbers since the COVID-19 pandemic shuttered businesses from coast to coast as well as the first national picture of how bad the crisis could get and how long it could last.

Statistics Canada, meanwhile, is poised to release the first jobless numbers since the pandemic started tossing millions of Canadians out of work.

The unemployment rate stood at 5.6 per cent in February.

But since those heady days, unemployment has skyrocketed as governments ordered all but essential businesses to close and their workers to stay home in an effort to contain the spread of the virus.

The government says it received 966,000 applications for the Canada Emergency Response Benefit on Monday alone — the first day a new web portal for applications was open.

That was on top of what the government says were almost 3.7 million Canadians who became eligible for employment insurance since March 15 and whose claims are now being automatically transferred to the CERB.

"Job numbers will come out tomorrow. It's going to be a hard day," he said during his daily morning briefing.

A doubly hard day, it turns out.

Late Wednesday, the government announced that it will also release this morning its national projections for the scope and duration of the health crisis.

The federal government has been under pressure to release national projections, as other countries have done.

Trudeau has said the national numbers would be coming soon but has repeatedly stressed that projections aren't predictions, that Canadians can change the trajectory of the disease by heeding orders to stay home and keep physical distance from one another.

In the absence of national numbers, a number of provinces — including the two largest and hardest hit, Ontario and Quebec — have released their own projections.

Ontario has projected that 3,000 to 15,000 residents could die from the pandemic, the aftershocks of which could last up to two years.

In its "probable" scenario, Alberta has projected 400 to 3,100 deaths, with infections peaking in mid-May. But if Albertans don't practice physical distancing and other precautions, public health officials say there could be 500 to 6,600 deaths.

How many Canadians will die

How many Canadians will die of tobacco related illness this year?

How many smoking fines have been handed out in the past weeks?