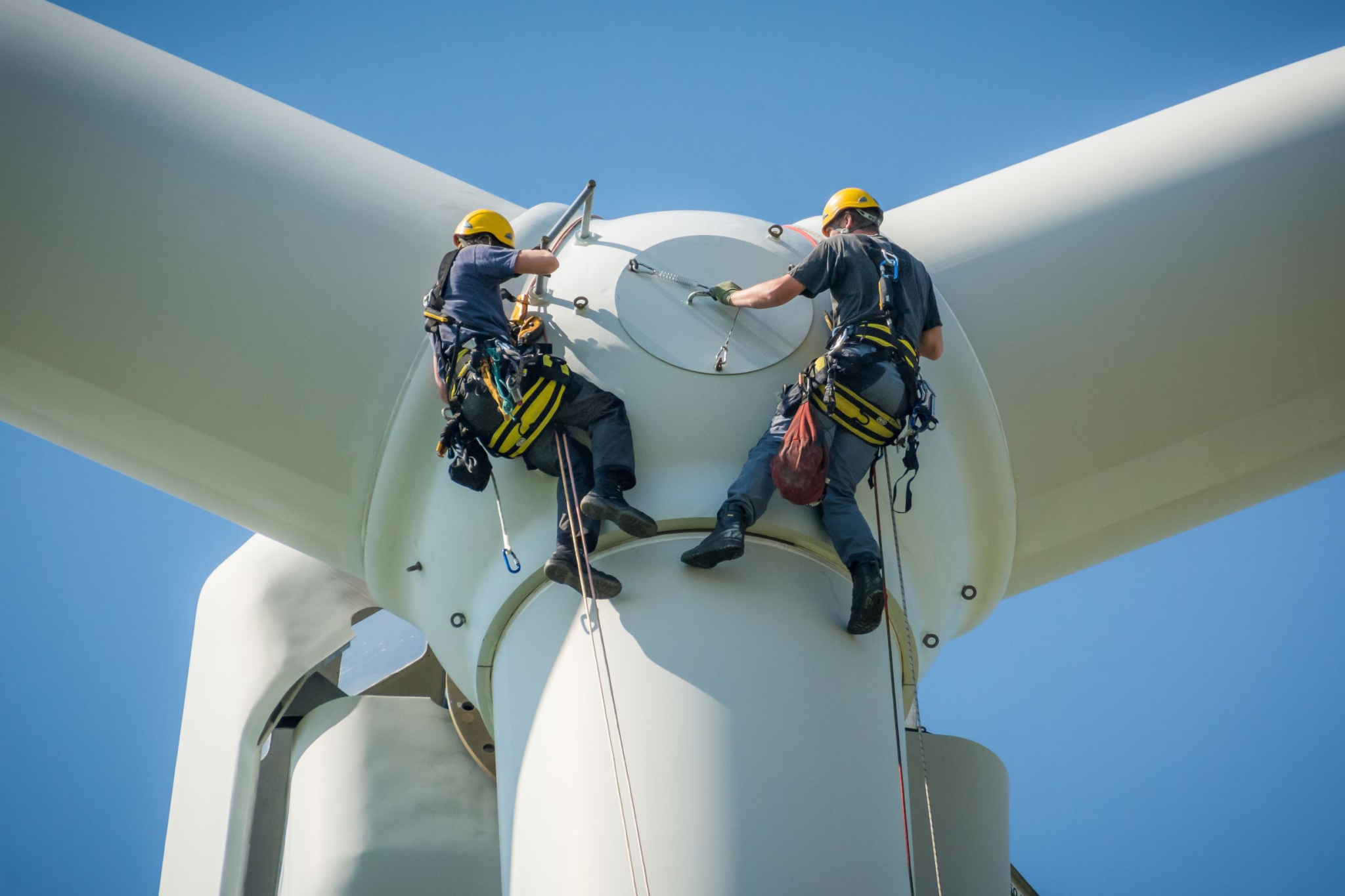 Inspection engineers preparing to rappel down a rotor blade of a wind turbine. Photograph from Shutterstock
Previous story
Next story

For those who grew up in the ’80s, the three Rs — reduce, reuse and recycle — are seared into our brains. Grocery stores suddenly had bulk bins to reduce wasteful packaging. Arts and crafts time was all about reusing things otherwise destined for the garbage bin.

In the face of an economic shock unlike anything modern society has ever experienced, perhaps it’s time for three new Rs: relief, recovery and resilience.

The first thing Canadians need? Relief, and fast. But what about those next steps, recovery and resilience?

While it may be tempting to try to rebuild the past, we must be realistic and build for the present and the future. As clean-tech investor Tom Rand writes in his new book, The Case for Climate Capitalism, “looking in the rearview mirror is not the best way to gauge where you’re going.”

Case in point is the question of how we produce and consume energy — and the role it plays in our economy. While certain politicians and pundits have argued the coronavirus is a reason to slow down our energy transition (opinions they held before the pandemic), the opposite is true.

The stark reality is that Canada’s traditionally strong oil and gas sector is confronted with both cyclical and structural change. It will never return to its halcyon boom days of the early 2000s. We need to shift from a mantra of “no barrel left behind” to one in which no oil worker or region is left behind. And we need to reorient and rebuild our energy sector with a focus on clean energy.

The good news? This can be done in ways that leverage the oilpatch’s core competencies (drilling, petrochemistry) toward new products, from carbon fibre to lithium to hydrogen.

As International Energy Agency executive director Fatih Birol recently put it, “rather than compounding the (coronavirus) tragedy by allowing it to hinder clean energy transitions, we need to seize the opportunity to help accelerate them.”

In other words, governments should aim stimulus at the economy they want: one with less pollution and more resilience.

"Governments should aim stimulus at the economy they want: one with less pollution and more resilience. Investing in people and projects that advance the clean energy transition is how we build a resilient economy."

And yet it’s a number that could be even higher. The transition to clean energy is where the growth opportunity lies — and this growth could increase in scope and scale with added government stimulus. So where to direct it?

And for all this building, let’s use Canadian-made, low-carbon concrete and steel, or sustainably produced mass timber. Let’s use the metals and minerals abundant in Canada in those wind turbines, solar panels and batteries.

To build this workforce, we need support for training and retraining Canadians whose past jobs may not return. Many of these programs can and should start while unemployed workers are sitting at home.

Investing in people and projects that advance the clean energy transition is how we build a resilient economy. It’s how we build the economy we want.

There’s another R word we would do well to remember: reactive. The world is wondering what would have happened if we took more proactive measures to stem the coronavirus.

There’s a lesson here. For our economy and the energy system that fuels it, planning for change, rather than reacting to it, will leave us all better off.

Solar power has been growing for decades. Then coronavirus hit.

'But what about China and India?'

This is so underwhelming.

This is so underwhelming. Green capitalism, really? So we'll slap solar panels all over the landscape, drive electric SUVs and trucks, and all will be well? This is naive and completely ignores the dynamics of capitalism. This crisis is an opportunity to question capitalism and explore radical alternatives. I wish National Observer was a little more daring in its analysis and reporting.

Agreed, although don't blame the National Observer; this is an opinion piece by people who don't understand that the pursuit of economic growth (as advocated in the currently dominant neo-liberal economics) underlies and drives the problems they propose to solve (and more). It is time we all stepped back and realized that the economic model we use for most decisions is completely inappropriate for this time in history: pollution has consequences, resources are running out, humanity is already consuming more than the planet can sustain. All these stresses to the living systems (on which we depend for our lives) are causing them to mutate more frequently and more radically. Now that 96% of the biomass of mammals on terrestrial Earth is in service of humanity (https://www.pnas.org/content/115/25/6506, "the impact of humanity on the biosphere", (0.1+0.06)/(0.1+0.06+0.007)) THERE IS NO ROOM LEFT TO GROW.

While I agree that economic stimulus should focus on industries that have a future, this "green growth" vision should be filed on skid row with those of the other junkies: "growth at any cost", "balanced growth", "growth that leaves no one behind", "sustainable growth", and so on. See Donut Economics for a useful way forward.