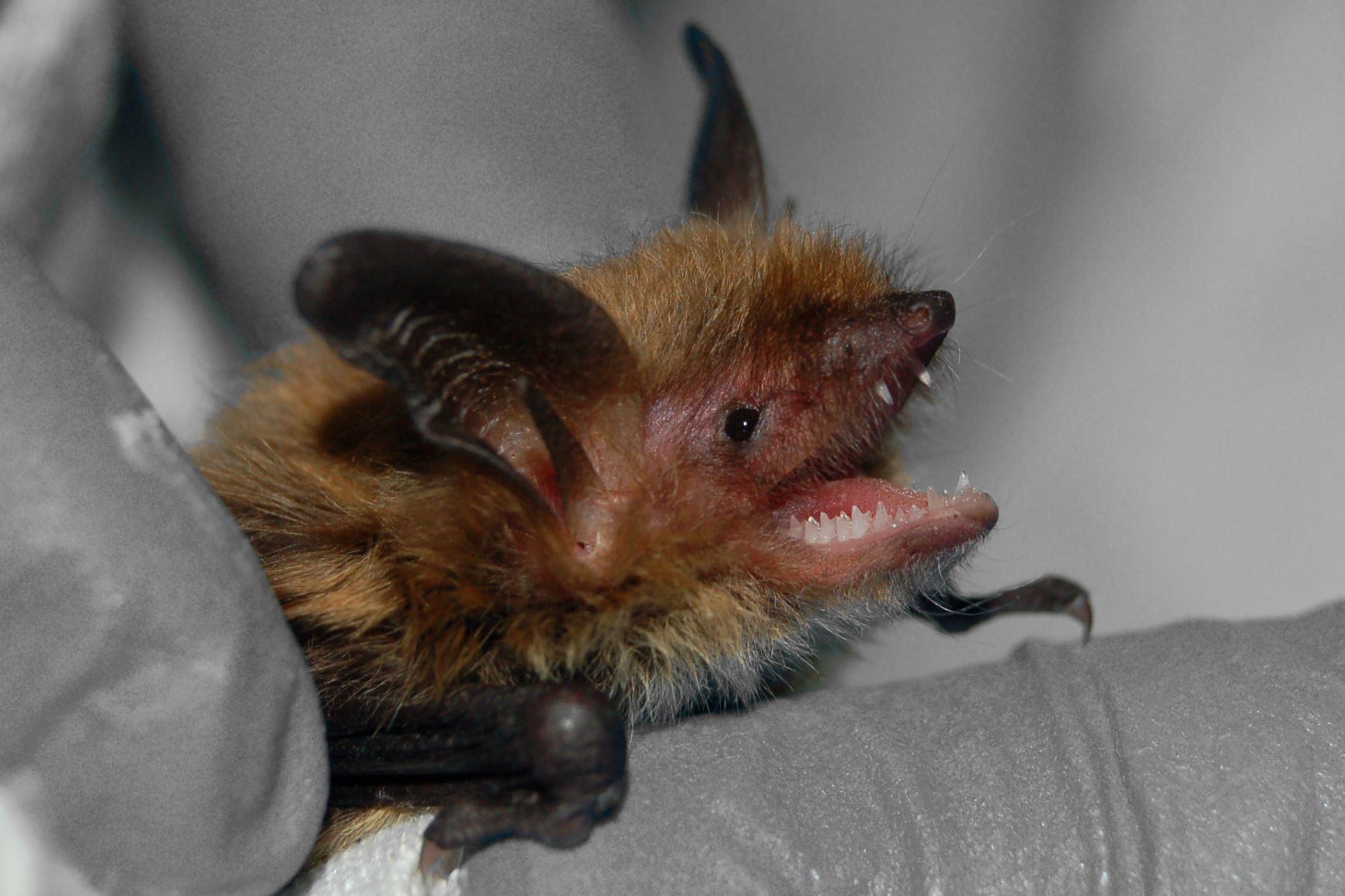 Human beings are deeply social animals, which is why, amid the upheavals this pandemic has forced onto daily life — be it the closure of businesses, the sealing of borders, the cancellation of flights and cruises — the most challenging imposition on our Canadian identity has been social distancing.

As we’re all holed up in our respective apartments, condos and homes, urban to rural, province to province, phone calls and FaceTimes are being exchanged like favours, the Netflix cues of a nation insufficient to silence the “mute protest in your bones,” to borrow a phrase from George Orwell.

I live in the rural reaches of Prince Edward Island, isolated from the remainder of my generation at the best of times, and even I feel vaguely hollow these days, until my neighbour can fling a few encouraging words in through an open window, which I promptly and enthusiastically return.

Yes, to be social is a cornerstone of the human experience, as indispensable in the long term as an excuse to laugh, and liquor stores, apparently. But in these lonely times, it’s worth recognizing that humanity is not the only social species, and that social distancing is not uniquely a human enterprise.

In 2006, something terrible happened to the hibernating bats of North America. Somehow, probably by way of an unwitting tourist, a species of European fungus — Pseudogymnoascus destructans — was accidentally introduced to the caves of Albany, N.Y. What followed, challenges the imaginations.

This cold-loving fungus, which thrived in the dark, damp caves of North America, promptly embedded itself in the tissues of hibernating bats, in particular, the Little Brown Bat, the Northern Long-eared Bat and the Tri-coloured Bat, forcing each species to wake from their seasonal slumber months ahead of schedule and expend precious fat reserves mounting an immune response. Thus emaciated, our native bats either fell to the cave floor and died of hunger, or departed the cave in search of insect food they would never find, freezing to death.

Estimates vary, but as this fungus radiated out from Albany at a pace of 180 kilometres a year, carried from cave to cave on the wings of fleeing bats, researchers put mortality rates between 85 per cent to 99.9 per cent. White-nose syndrome, we call it.

"The bats of Eastern Canada are using an alternative hibernation strategy, one that doesn’t force them into such large groups when overwintering, and insulating them from white-nose syndrome. In effect, they might well be social distancing."

This disease reached Ontario and Quebec in 2010, and arrived in the Maritimes the following year. Today. it rages through Newfoundland in the east and Manitoba in the west. It’s also leaped, somehow, to Washington state, and has been found as far south as Texas.

Before I was chained to my home office, I was able to sit down with Jordi Segers at the Atlantic Veterinary College in Charlottetown, P.E.I. He’s an ecologist, and the national white-nose syndrome program co-ordinator for the Canadian Wildlife Health Cooperative (or CWHC).

“I was there, doing cave surveys, when it hit hard,” he told me. “I was literally walking on corpses. Hundreds of bats once on the ceiling were now on the floor. Some were crawling around outside the cave in the snow desperately trying to find food, but not having the energy to fly. It was a sad sight to see.”

But now, a decade later, this dark narrative has a curious ray of hope. The three species of Canadian bats in question still persist in the syndrome’s aftermath, and are being found during summer in greater and greater numbers. Whether this is a result of genuine population growth, or the simple congregation of survivors, is a question yet to be answered, but the caves where they once hibernated, caves still infested with Pseudogymnoascus destructans, have remained empty over winter. This has led researchers to suggest the bats of Eastern Canada are using an alternative hibernation strategy, one that doesn’t force them into such large groups when overwintering, and insulating them from white-nose syndrome. In effect, they might well be social distancing.

There is precedent. In Western Canada, for example, bats don’t tend to overwinter in large cave colonies, instead preferring to hibernate individually or in small groups under tree bark or in leaf litter. As white-nose syndrome marches West, researchers like Segers are watching to see if this social distancing frustrates the spread of the disease, and if the bats of the East are doing something similar in a bid for survival. The comparison to our present pandemic is impossible to miss.

“We’re right in the middle of the coronavirus thing because people are packed so close together,” Segers explained. “All these social events are being cancelled because that’s the only way to slow a thing like coronavirus down. If bats are able to cancel their social hibernation events every winter and hibernate on their own, this disease likely would have spread a lot slower.”

They say the acorn doesn’t fall far from the tree. Well, neither does the chestnut. The colossal, bountiful, regal and enormously consequential species known as the American chestnut once accounted for a full quarter or all trees in the mixed deciduous forests of eastern North America, covering the New England states and beyond, even into southern Ontario. The forest was so thick with these mighty trees that they earned a nickname — The Kings of the Forest.

Their reign ended abruptly, however, in 1904 when the chestnut blight made landfall in the famous Bronx Zoo. This lethal fungus is a fixture of the old world, variously infecting European, Chinese and Japanese chestnuts for time immemorial, each species building a defence to the ailment, and the blight in turn finding ways through. Such is the co-evolutionary process, but when this blight arrived in North America, it found in the stately American chestnut a perfect victim, entirely unprepared.

Over the following 50 years, many billions — yes, billions — of American chestnuts were destroyed by this blight, cankers bulging in their trunks, until finally they collapsed under their own weight. Botanists predicted extinction as virtually no mature tree was spared, and were it not for a curious example of social distancing, they might have been right.

Entirely by chance, several specimens of the American chestnut were planted outside the species’ native range, farther north than was strictly natural and so beyond the reach of the chestnut blight. It’s for this reason that the largest single American chestnut in Canada, possibly the world, is growing in Ashdale, N.S., many hundreds of kilometres north of the species’ native habitat. Talk about keeping your distance.

The Ashdale tree wasn’t alone. There were dozens of purebred American chestnuts growing throughout the Maritime provinces at the time of the blight, typically as individuals or in groups of two. I’ve seen them, spent money and time admiring their hopelessly rare figures, each a wonder of the natural world. Our winters are too harsh for them to reproduce on their own here, and so require human intervention, preventing them from achieving the population densities typical of the species farther south.

The distance between each and its nearest neighbour ranges from tens or hundreds of kilometres. Back in the day, for example, when botanists and foresters saw fit to breed Nova Scotia’s refugee chestnuts, they were forced to carry pollen from the Ashdale tree to another in Bridgewater, a 109-kilometre drive, their offspring planted in the Halifax Public Gardens where they grow to this day.

Even if the chestnut blight arrived in the Maritimes, which it did briefly at least once several decades back, the American chestnuts of the Canadian Maritimes are simply too widespread and too isolated for its spread to be as catastrophic as before. This summer, I will be planting a pair of pure American chestnuts in my yard, perpetuating an odd and unseen tradition among those who love chestnuts.

The gift of foresight

There are some important differences between our present pandemic and those of bats and chestnuts. The most important is that social distancing in their cases was an afterthought, an accident in which they might yet find salvation. In our case, we have the social infrastructure necessary to shape our collective future in real time, actively fighting our social nature in order to protect ourselves and others. We have an opportunity that bats and trees simply don’t — to outmanoeuvre illness, and stay the hell home.