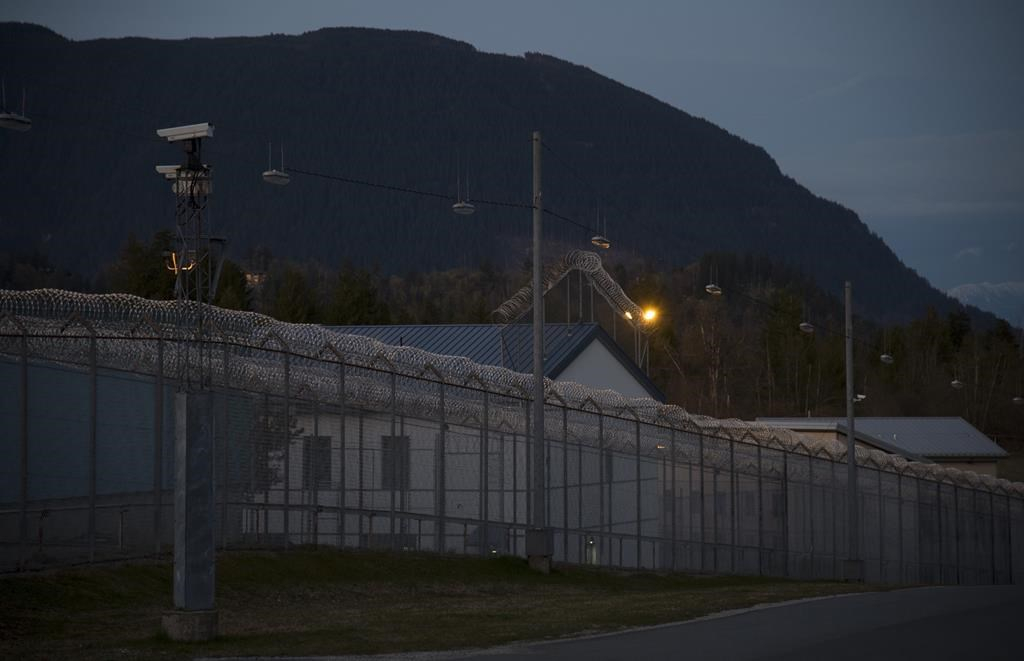 The Mission Correctional Institution in Mission, B.C. is pictured on Tuesday, April 14, 2020. File photo by The Canadian Press/Jonathan Hayward
Previous story
Next story

Lawyers are strengthening their calls to thin prison populations following the first death related to COVID-19 at a federal institution.

The Correctional Service of Canada said in a statement that an inmate from Mission Institution in B.C. died Wednesday from an apparent complication related to the novel coronavirus.

The medium-security institution has been one of the hardest hit prisons during the pandemic, where 54 inmates and eight correctional officers have tested positive for the virus.

The inmate, whom the agency did not identify, died at Abbotsford Regional Hospital where a mobile medical unit has been deployed to provide additional capacity to treat prisoners.

"Given the size of the inmate population it was almost inevitable, but it doesn't make it any less tragic," said criminal defence lawyer John Hale, who is vice-president of the Criminal Lawyers' Association.

The correctional service said it was the first death from the novel coronavirus among federally sentenced inmates in the country.

Public Safety Minister Bill Blair said in a statement the government is looking at further measures to ensure that inmates, staff and communities are as safe and healthy as possible during the pandemic.

The correctional service has already suspended work releases for offenders and visits from the public and volunteers.

"Our greatest responsibility is keeping Canadians safe — that includes those in our correctional institutions," Blair said.

"We know the unique vulnerabilities facing correctional institutions during this public-health crisis. The situation around COVID-19 is both challenging and rapidly evolving, and our response will continue to adapt as required to prevent further tragic loss of life."

The inmate's next of kin has been notified and the BC Coroners Service will review the circumstances of death, the correctional service said.

A total of 145 inmates have tested positive for COVID-19 at federal prisons.

The largest outbreaks have occurred at the Mission prison and Joliette Institution in Quebec, where 48 inmates and 34 correctional officers have tested positive for the virus.

Hale said it's time to "aggressively depopulate" jails and prisons as much as possible in the interest of public safety.

He pointed to an affidavit by physician and epidemiologist Dr. Aaron Orkin that the Criminal Lawyers' Association has circulated to its 1,600 members for use in court.

Orkin's affidavit says an outbreak in prisons or jails would be no different than the spread of the virus on cruise ships or at long-term care facilities involving close quarters where outbreaks have proven "near impossible" to contain.

It's extremely likely that COVID-19 will arrive in nearly every correctional facility in Canada, which means almost all inmates will be exposed in one way or another, the document says.

"The only available method to substantially reduce the resulting infections and deaths is therefore to reduce the population in those settings."

Hale said not every inmate is an appropriate candidate for release, but many are.

"Obviously there are people in the jails who are dangerous and need to be kept in to protect the community, but there are a lot of people in jail who are not dangerous who could be either serving a sentence or awaiting trial outside of jail," Hale said.

Hale said judges have granted release to two of his clients, including one man who was awaiting trial at a minimum-security provincial facility centre in Ottawa.

"He was really concerned because he was in an open area, he didn't have his own cell," he said.

The facility had about 30 beds, each about a foot apart from one another. Although most of the beds had been vacated, about 10 inmates remained and they still had to share showers, sinks and other facilities, Hale said.

Donna Turko said she's concerned about her own clients at both the medium- and minimum-security institutions in Mission, B.C.

She is trying to convince the parole board to grant them a temporary release or parole by exception, which would allow for their release based on unforeseen circumstances at the time of their sentencing.

But she said the bureaucratic system of applying for parole is showing its weaknesses in an emergency.

"The question I have is, is it too little too late?"

Turko said she hopes a response she received from the Department of Justice Thursday promising to assign a lawyer "without delay" to address her concerns with the parole board means things might start moving.

The Correctional Service of Canada did not immediately respond to questions about why the inmates could not be reached.

COVID-19 has been confirmed at several other prisons by the federal government and the Union of Canadian Correctional Officers.

The Federal Training Centre in Laval, Que., counts 25 inmates and four correctional officers who are sick.

Also, in Quebec, 10 inmates and 15 officers tested positive at the Port-Cartier Institution, alongside two new correctional officer cases at the Drummond Institution.

Eight inmates and one officer are sick with coronavirus at Grand Valley Institution for Women in Ontario.