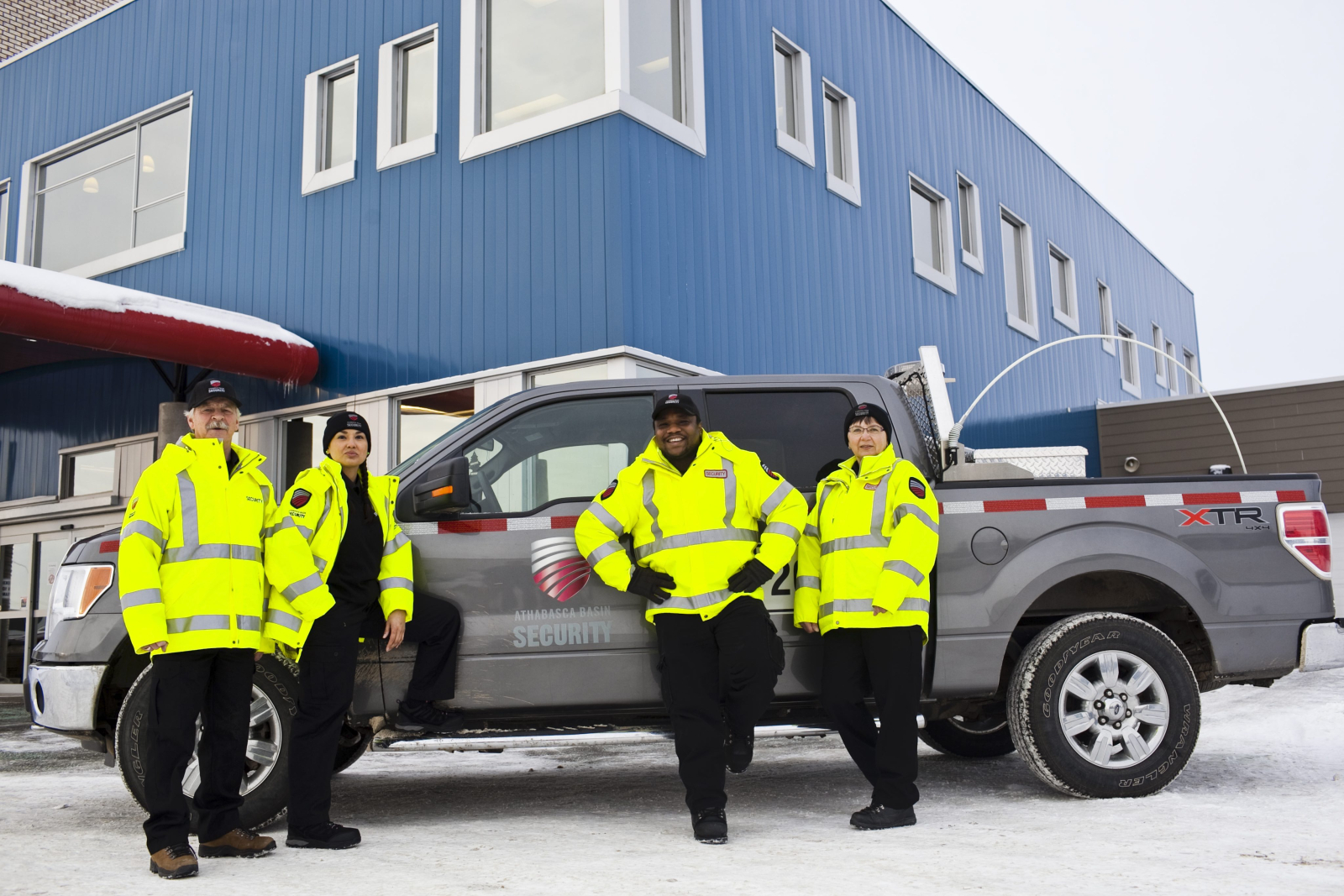 Workers in Saskatchewan 's Far North have been coping with layoffs and changing workflow since COVID-19 hit. What might their future look like? Photograph courtesy of Athabasca Basin Development.
Previous story

Businesses built around mining — even those with diversified portfolios — are in sharp decline as the COVID-19 pandemic takes its toll on northern industry.

“Every sector is impacted. We’ve talked about looking for investments in the past several years that are resilient and now, after this pandemic, we're going to have to look again at what that definition means,” Athabasca Basin Development CEO Geoff Gay said.

The shutdowns of Cameco’s Cigar Lake uranium mine west of Wollaston Lake, the Seabee gold mine north of La Ronge and others late last month have created a ripple effect through the northern economy.

Even businesses with diversified portfolios that have tried to protect themselves from the ups and down of the mining industry haven't been able to bounce back, or rely on other markets, like they once would have.

Gay said none of the businesses’ investments will benefit from this situation, although some are holding ground.

“There will be companies that maybe hold their own, but there’s not going to be any companies that look back and see that there’s an increase in volumes or anything like that,” he said.

The impact on Canada’s economy has been felt at every level across the country.

Statistics Canada announced Wednesday that Canada’s gross domestic product (GDP) sank by an estimated nine per cent in March. It’s the sharpest one-month drop since such calculations started in 1961.

The company was founded in 2002 primarily to service the uranium-mining industry. It learned its lesson after three major drops in volume between 2003 and 2015.

"I think organizations have to think about what that looks like. What does the new consumer look like?" Brooke Dobni, professor of strategy at the University of Saskatchewan’s Edwards School of Business.

Because of the ups and downs in mining, Gay said, the company diversified into other sectors not linked to resource extraction.

“While we had our first two drops, we always rebounded. When the last drop happened, we went on a path of diversification,” Gay said.

Now, it has stakes in industries throughout Canada including, in addition to mining services, aviation, insurance, food distribution and cannabis retail. This helped weather the periodic downturns associated with mining.

And this time, things are different. This time, diversification makes little difference because everything crashed at the same time and without warning.

“The biggest difference from the other (economic downturns), of course, is public health. Everybody’s health is at risk from this. And also the speed at which it happened ... I mean, we’re getting changes in business volumes and changes in the way we do business on almost an hourly basis,” Gay said.

“Every business in the world is going through this, so the chances of you diversifying and changing your business model overnight is just not possible,” Gay said.

​​​​​​“Our first major drop was in 2006, when the Cigar Lake mine flood occurred. So we saw a 30 per cent drop at that time, but because of the momentum of construction going on ... we were able to quickly rebound.

“And then, soon after that, in 2008, the financial crisis hit and our basket of companies collectively again dropped another 30 per cent, but again we were able to recover from that.”

He said even though the Fukushima Daiichi nuclear disaster hit in 2011 and “the tone for uranium switched, a lot of our companies were still building and finishing up Cigar Lake and a lot of the capital projects.”

Diversification helped, he said — when other drops in volume happened in one place, they weren’t across the board.

“It has been a grind in northern Saskatchewan and Western Canada really for the past six years,” Gay said.

“So now, we’re entering into this pandemic ... this one has been the most severe of all of them.”

Gay said Athabasca companies associated with mining and aviation are down 30 per cent right now.

Jobs have been lost from directly servicing mines as well in the extensive economy that’s built up around them.

“We’ve obviously had people lose their jobs directly at the mine sites, but in the case of aviation, we have mechanics and staff and what have you supporting that service from elsewhere that there’s an impact on as well,” he said.

Brooke Dobni, professor of strategy at the University of Saskatchewan’s Edwards School of Business, said a lot of the companies in northern Saskatchewan are closely connected, and “this is the perfect storm or the worst of all storms for them.”

“I’ve been having lots of discussions with my clients across Canada and the U.S. (and) a lot of them are going to take this opportunity to redefine what it is they’re doing. And it might not be by choice — it might be by necessity,” Dobni said.

Gary Vidal, Conservative MP for the riding of Desnethé—Missinippi—Churchill River, called it “a huge challenge for everybody.”

“You can take whatever measures you want to take to try to protect yourself from all of this, but this is economy-wide, so it's going to be really hard for anybody to avoid it completely,” he said.

Gay said it’s getting to the point where more uranium will be needed in the world and, presumably, Saskatchewan is going to be one of the players in producing it.

“We have a workforce from the North that will participate, we have companies that will be able to participate, (but) in some ways, once we get past this pandemic, we’ll have to wait and see what the fundamentals of the uranium industry look like.”

In five years’ time, Gay said, “Athabasca Basin’s going to be in a stronger position than it is today. In the short term, the health of everyone is our top priority and we totally understand all the measures being taken.”

Eventually, he said, this will end and everyone will reflect on how to better prepare for pandemics.

“We know that health is the No. 1 priority at this moment, and we really want to see this pandemic end so we can get back to employing and training Indigenous employees from the North and beyond,” Gay said.

“We want to build value for our communities through these companies, and we want to be able to continue to contribute to good causes like we have in the past.”

Dobni said this is a time for people to redefine themselves as far as how they want to live.

“Every business I’ve talked to says they can hardly wait to get back to normal. Well, that’s the wrong thinking. I think it’s an opportunity to do something better and come out of this stronger. I’m hopeful people will be patient and do what they need to do. And I think we’re doing that now with social distancing,” he said.

Dobni said organizations need to take stock of what’s important and re-evaluate priorities just like we have as humans. He doesn't think there will be a return to the same kind of normal that many anticipate.

“As humans, we’ve made some decisions (because of the pandemic) and I think some of those decisions are going to be permanent. So even after this all goes away, are we going to consume differently?” he said.

“I think there’s going to be some attitudinal restructuring, and I think organizations have to think about what that looks like. What does the new consumer look like? Because even when things do reopen, I’m not sure that people are going to go back and consume the way they used to, because they’ve kind of gotten used to (living with less).”