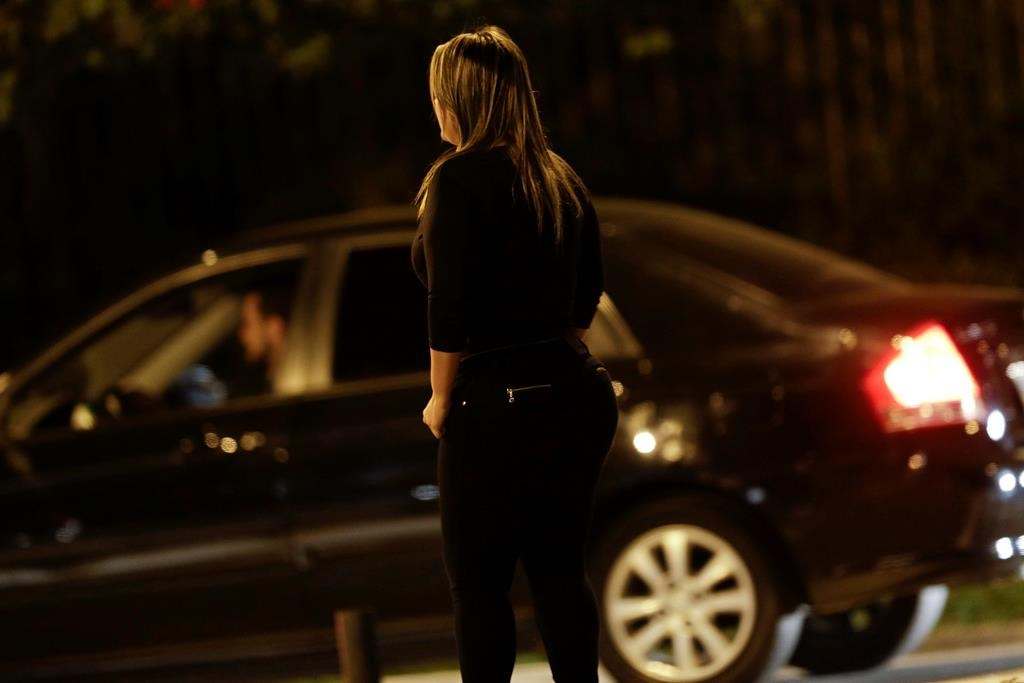 In this July 31, 2014, photo, a sex worker waits for costumers in Sao Paulo, Brazil. File photo by The Associated Press/Andre Penner
Previous story
Next story

Sex workers saw their incomes disappear overnight when the COVID-19 pandemic began to spread in Canada. Now many are in desperate situations: in need of food, rent, basic necessities. Some are now homeless and without any income.

Some facing especially stark realities are continuing to work — even in the midst of the COVID-19 pandemic.

Susan Davis, a sex worker and advocate with the B.C. Coalition of Experiential Communities, says she's aware of many who are still working, including a friend with three children who does sex work to top up her disability support payments.

"She has no choice but to go back to work to feed her kids, and put herself and all of her entire family at risk because of this unreasonable assumption that people who are on welfare or disability know how to live on that so they can make it by, while newly unemployed people are acknowledged by government as needing $2,000 a month," Davis said.

Many sex workers in Canada either do not qualify for the federal government's Canadian Emergency Response Benefit or they are afraid to apply.

Many people believe sex work is decriminalized in Canada and only criminal for those who purchase it, but this is a misunderstanding of the law, says Jenn Clamen, national co-ordinator of the Canadian Alliance for Sex Work Law Reform.

There are provisions in the Criminal Code that make workers immune from prosecution, but not from arrest.

"That means sex work is still criminalized for everybody," she said.

This is one of the biggest barriers for these workers in accessing the CERB. While they are eligible for this benefit, as is anyone who has made at least $5,000 in the last year and has lost their income to COVID-19, many sex workers will simply not apply for it.

Sex workers say they're at risk, have been left out of Canada's COVID-19 response

"For a lot of people who don't feel safe filing their taxes as workers, it's really brought up a lot of stigma in just applying for or trying to apply for government benefits because a lot of people just don't qualify."

Workers who are paid through bank e-transfers could be risking their clients' confidentiality and could be placing them in legal trouble — another reason sex workers would avoid signing up for government benefits that require banking information.

There are also some people who are on government benefits, such as social assistance or disability support, who resort to sex work to supplement the subsistence amounts they receive from these programs. They could be cut off or have money clawed back if they admitted to their additional income in a government application, Rothschild said.

"If they are folks who are on ministry benefits and also working and they maybe don't claim all of what they're making, then they are not eligible for CERB, but nobody who's on disability or welfare right now is being given enough money to actually take care or their health," she said.

For those who are still working, due to a lack of other options, they are now also being surveilled and policed more heavily than before, says Jelena Vermilion, executive director of SWAP (Sex Workers Action Program) Hamilton.

"Because they're forced to (work), whether indoors or on the street, what's going to happen is they're going to be policed even more and liable to the new fines and potential jail time with the social distancing guidelines," Vermilion said.

Those who have been forced to keep working may also be facing increased personal risk and danger, with increased reports of "bad dates" in some cities, including Victoria, B.C.

"What happens when work tends to dry up is that people take work that they wouldn't normally take or people that have bad intentions are more likely to target people," said Rachel Peters of Peers Victoria.

The Canadian Press interviewed a dozen sex workers and people who work with service groups and non-profits that support sex workers for this story, and every one of them said a universal benefit would be a better way to help them, as well as undocumented and migrant workers who also do not qualify for the CERB.

The Canadian Alliance for Sex Work Law Reform, Clamen's group, has been asking Ottawa to create ways that sex workers and migrant workers can receive financial aid to help them survive the pandemic, including pushing for a universal basic income.

"We recognize they're not going to offer the world, but we're saying if you're recognizing that certain communities are marginalized in this process, here's a way to do it and one of those ways is to give money directly to groups who are directly in touch with this community," Clamen said.

The federal government says it recognizes COVID-19 and the associated emergency can harm the economic security, health and safety of women, including those involved in sex work.

Money has been given to shelters, sexual assault centres and other organizations that serve women, said Alex Howell, a spokesman for Women and Gender Equality Minister Maryam Monsef.

"The government of Canada has introduced measures that will help to address the impact of COVID-19 on vulnerable people, including those involved in sex work. Women and Gender Equality Canada received up to $40 million to support shelters, sexual assault centres and organizations serving women who are the hardest hit by COVID-19."

But the people on the ground say that money is not making it into the hands of sex workers.

A number of service organizations have begun trying to fundraise themselves in the absence of federal aid. Maggie's Toronto Sex Workers Action Project together with Butterfly, a sex-work advocacy organization for migrants, have raised over $80,000 for an emergency relief fund and are distributing the funds in $100 disbursements.

Valerie Scott, a sex worker in Toronto who also does advocacy with the group Sex Professionals of Canada, says she is disappointed that Ottawa has not come forward with more direct help for the marginalized women in her field.

Scott says sex workers are "reeling" now from the loss of income and are feeling invisible to governments.

"This is not a time for governments to play politics," she said.

"When I get calls from women who are crying because they're terrified of going to a shelter, you just don't know what to do."