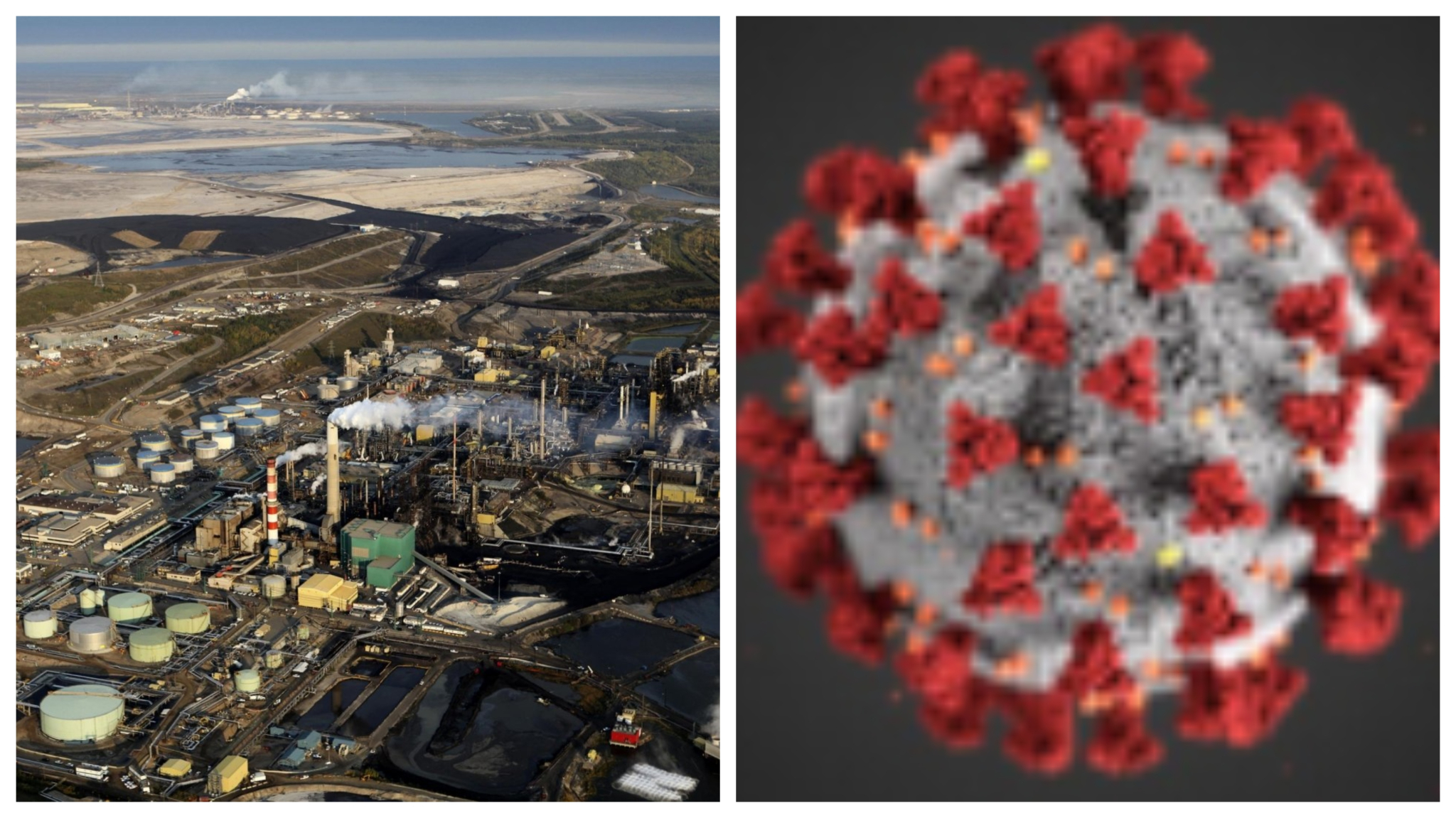 How far is too far?

It’s a question that’s been debated since the start of the COVID-19 pandemic, especially when Prime Minister Justin Trudeau eyed broader emergency powers for the federal government and left the door open to using cellphone data to track compliance with physical-distancing rules.

Most of the commentary in this vein has focused on rule of law, along with civil and political rights, such as privacy or the impacts of social distancing on freedom of association.

That’s part of the picture.

But we also need to talk about what’s unfolding in the background of the pandemic and whose rights are the object of concern. In this respect, exceptions to the rules that are meant to keep people safe are informative.

As of late March, construction was underway on contentious projects like the Coastal GasLink fracked natural gas pipeline in B.C. and the expanded Trans Mountain tar sands pipeline from Alberta to B.C. Hundreds of workers are currently living in camps supporting new energy projects, including 300 on Coastal GasLink — and that’s after companies have taken measures to send a chunk of workers home. On March 31 Alberta Premier Jason Kenney announced that construction on the Keystone XL pipeline will be charging ahead, with a billion-plus dollars in funding from the Alberta government.

It’s difficult to imagine how new fossil fuel infrastructure, like all of these pipelines, falls into the category of essential services, which are allowed to operate during the pandemic. In New Zealand, for example, exploratory drilling wasn’t considered essential. Exploring for oil, like building pipelines, isn’t necessary to maintain existing energy or electricity services.

Allowing construction to continue at this sensitive time casts doubt on politicians' promises of better support to Indigenous communities, which face social and health inequities that make them more vulnerable to COVID-19 — yet they have a history of being grossly underserved by colonial governments. Last week, the Assembly of First Nations raised concerns about communities being under resourced.

With this in mind, it’s perfectly reasonable that Indigenous leaders in B.C. have called for a stop to Coastal GasLink construction, citing the risk that work camps might bring the virus into the local community. It’s a risk that the former chief medical officer for B.C.’s northern health authority underscored in a recent open letter, where he called work camps “land-locked cruise ships” and “COVID-19 incubators placing the workers, the host communities, and the home communities of the workers at unacceptable risk.”

"Big companies and wealthy executives have a history of taking advantage of crises, from lobbying for government bailouts to rushing projects through at a time when the public’s ability to engage in the decision-making process is severely limited."

The recent confirmation of a COVID-19 case at Kitimat’s LNG Canada plant and an ongoing legal case by Wet’suwet’en hereditary chiefs against the Coastal GasLink pipeline that raises additional safety concerns about work camps are two more reasons to halt construction now, and to ensure emergency compensation and livelihood support for affected workers.

An equitable pandemic response requires an end to “corporate exceptionalism,” as the Union of British Columbia Indian Chiefs recently termed it. After all, the Wet’suwet’en Nation postponed an all-clans meeting to decide on the land title proposal which hereditary chiefs and federal officials agreed to in the wake of nationwide solidarity protests against Coastal GasLink.

Surely, if the Wet’suwet’en Nation can put matters of Indigenous sovereignty on pause for the sake of public health, Canadian governments and companies can show the same responsibility and respect.

The precautionary principle holds that it is better to be safe than sorry. It is a recognized legal principle usually applied in the environmental protection context. Our social responsibility to protect the public from harm when a plausible risk exists should extend to the human rights and public health considerations here.

Big companies and wealthy executives have a history of taking advantage of crises, from lobbying for government bailouts to rushing projects through at a time when the public’s ability to engage in the decision-making process is severely limited.

This time around, executives need to play by the same rules as the rest of us. Corporations have no inherent right to a free pass on public health guidelines in order to make a profit or to meet tight construction timelines. However, governments are required to protect the public and respect Indigenous rights.

Indigenous Peoples face greater vulnerabilities to the novel coronavirus and deserve an abundance of caution.

Big Oil, Big Bussines, Big Pharma, Big Ag - all the major "productive" (as they would call it) sectors have existed in an ocean of governmental compliance with their demands and with the subsidies that accompany them for so long that they have lost the capacity to do business on a rational, economic basis. Recent market failures have proven that the "tax relief" and outright loans, subsidies etc. granted them are not invested in better operation, more environmentally sound processes, but have been used to buy back company stock enriching executives and investors thereby, rather than considering the long term health of their sector, its employees and the communities that depend on them.

Firstly, thank you to the

Firstly, thank you to the authors of this article for keeping a focus on this issue. Subsidies and special arrangements for corporate interests by government need greater transparency and ultimately, control by an informed citizenry through it’s government. Current government structures are too tightly bound to non-public interests, in other words, ‘corporate capture’ exists in the legal system our society has adopted and developed. There are other ways to exist and we see that in the indigenous cultures that are in struggle with colonial power still embedded in our government structures.

Permitting construction work to proceed is only prolonging the lockdown for the rest of us. I have seen several photographs of Trans Mountain workers much closer than the required two metres. Some of them, though not having symptoms, may well be infecting others who then infect others in the community. If everyone kept two metres apart or otherwise prevented any transmission, the crisis would be over in a month because the virus need humans to replicate, and without humans it does not last for more than a few days.