Spread of COVID-19 at Alberta meat plants no surprise 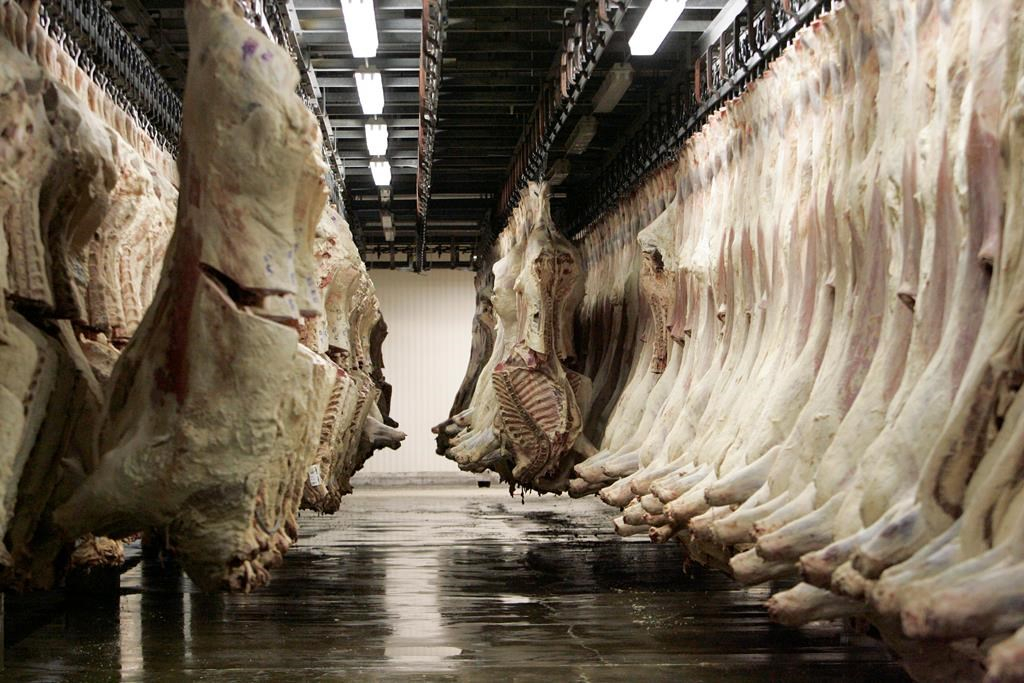 But in a meat processing plant, it's difficult to keep the virus in check if people are already sick.

"If you're in a meat plant with 2,000 other staff, you can't stay six feet away from folks at all times," Murphy says.

The toll of COVID-19 on the meat-packing sector continues to grow. A shutdown of an Olymel plant in Quebec was followed by Harmony Foods near Calgary and a massive Cargill plant near High River, Alta. Cases are continuing to rise at a JBS plant in Brooks, Alta., but that plant remains open.

Murphy says the only way to resolve an outbreak in a meat plant is to shut it down for 14 days to give employees a chance to self-isolate.

Many employees in these plants are foreign workers who send money home to their families. He says the fear of losing a paycheque motivates some to show up for work instead of calling in sick.

"Unfortunately, we see that in a vulnerable population. They need the extra money and they don't have the option of not going to work."

"But because there are so many people who go in and out of these plants, it is possible that spread did occur before those protective measures were put into place," she told reporters earlier this week.

"Many of the people who work there also live in large households. Also many of them were carpooling to and from work."

She says a community approach to prevent spread after workers leave a plant are needed.

As of Thursday, 440 workers at the Cargill facility had tested positive for COVID-19, including one who died, with another 140 cases linked to spread in the community.

At the Brooks plant, there have also been 96 cases of workers. The death of a worker and of another person from the community are also being investigated to see if they were caused by the virus.

Hinshaw has said it's likely that case numbers from the Cargill and JBS plants will continue to grow.

The president of United Food and Commercial Workers union Local 401, which represents employees at the packing plants, says the employers and the province's Occupational Health and Safety department failed the workers by not acting sooner.

"This didn't have to happen," says Thomas Hesse.

"The government's job is to protect its citizens from large multimillion-dollar corporations and the government didn't do its job."

Hesse says the union has reached out to the families of the woman who died and other workers who are ill. But it's an uphill battle.

"It's just chaos right now. Two thousand workers — some won't answer their phone, some are sort of hiding, some are diagnosed and self-isolating," he says.

"Many struggle with English, but we're trying to connect."

COVID-19 puts the human right to water front and centre

Throughout the world's most

Throughout the world's most exploitative industries there will be massive amounts of sickness, "hot spot" spreading of the disease because it cannot be contained, or rather no one will invest in containing it because the workers are "disposable". Only when the supplies of meat and fresh foods decline to the point where even the rich feel the pinch will any kind of action be taken. Too little, too late. The spectre of covid caused starvation stalks the world. Starvation will make it so much easier for the second and third waves to accelerate the death rate.