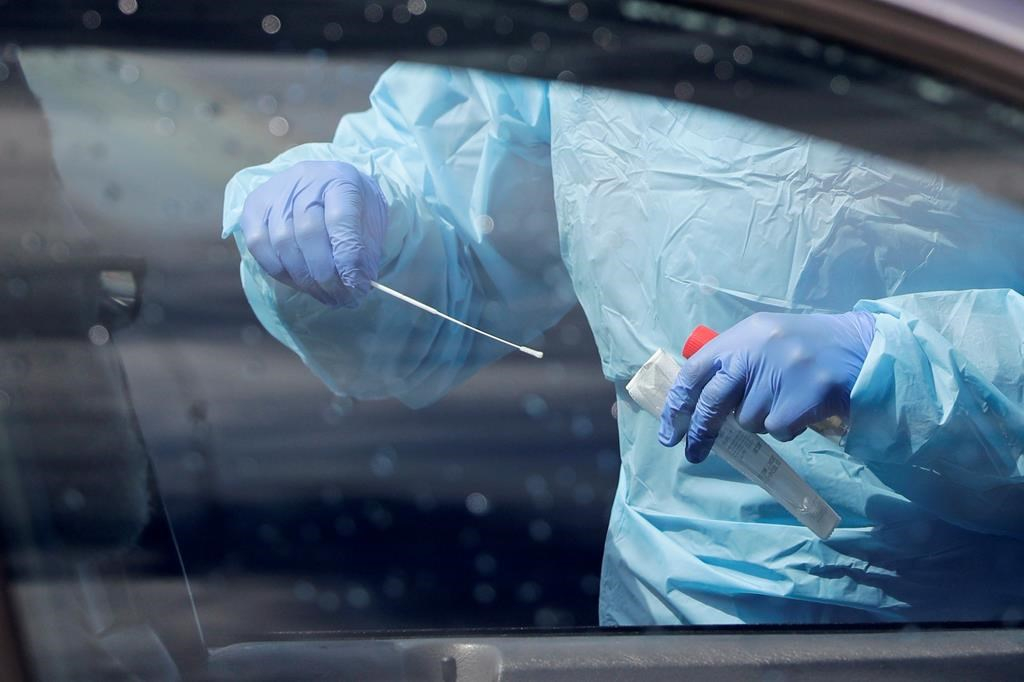 A medical assistant prepares to take a swab from a patient at a new drive-thru and walk-up coronavirus testing site in Seattle, on Saturday, April 25, 2020. File photo by The Associated Press/Elaine Thompson
Previous story
Next story

Researchers at the University of Toronto are rapidly trying to educate health-care workers about the barriers LGBTQ people face to accessing care during the COVID-19 crisis.

The research group had already been developing a curriculum to address inequities in the health-care system for people who identify as LGBTQ.

Now they're trying to adapt it quickly and get it into the hands of doctors working on the front lines of the pandemic.

"We were already researching susceptibility to illnesses or likely trends that speak to a reluctance to engage with the health-care system," said researcher Miranda Schreiber, with the postgraduate medical education program.

"Once COVID hit, really what it does is aggravate all these disparities."

The study of health outcomes for LGBTQ Canadians is still relatively new, according to a report by the House of Commons health committee issued last year.

The researchers at University of Toronto said people who identify as LGBTQ are more likely to have conditions compromising their immune systems, rate their health as poor and are less likely to seek urgent care — all of which put them in greater danger from COVID-19.

Those physical factors are largely unexplained, but could be a consequence of some of the social barriers to accessing care, said Schreiber. And it's hard to know if those disparities are playing out during the pandemic in Canada because detailed demographic data about who is most impacted by COVID-19 isn't being collected at the federal level.

Researchers scramble to inform doctors of COVID-19 risk to LGBTQ

Those gaps are worse for racial minorities who also identify as LGBTQ, she said.

The researchers had been working to develop a national standard curriculum for medical schools on LGBTQ barriers to health care, which would be a first of its kind in the country.

"We updated the curriculum to specify the urgent needs of queer people, especially those of colour, under COVID," she said.

That material is being distributed to medical residents at the University of Toronto, who are all working physicians, and faculty members on the front lines.

The new COVID-19 curriculum also states that people who identify as part of the LGBTQ community are more likely to have physical distancing measures harm their health because of the social disparities they're more likely to experience.

A disproportionate number live in poverty and experience unemployment, and higher rates of substance abuse disorders and mental health problems put them at greater risk when they can't easily access help, as an example.

Youth with families who are abusive or otherwise do not accept them for who they are will also be stuck at home with limited access to community resources.

All those factors make it especially critical that LGBTQ people get compassionate and informed care during the pandemic, the curriculum states.