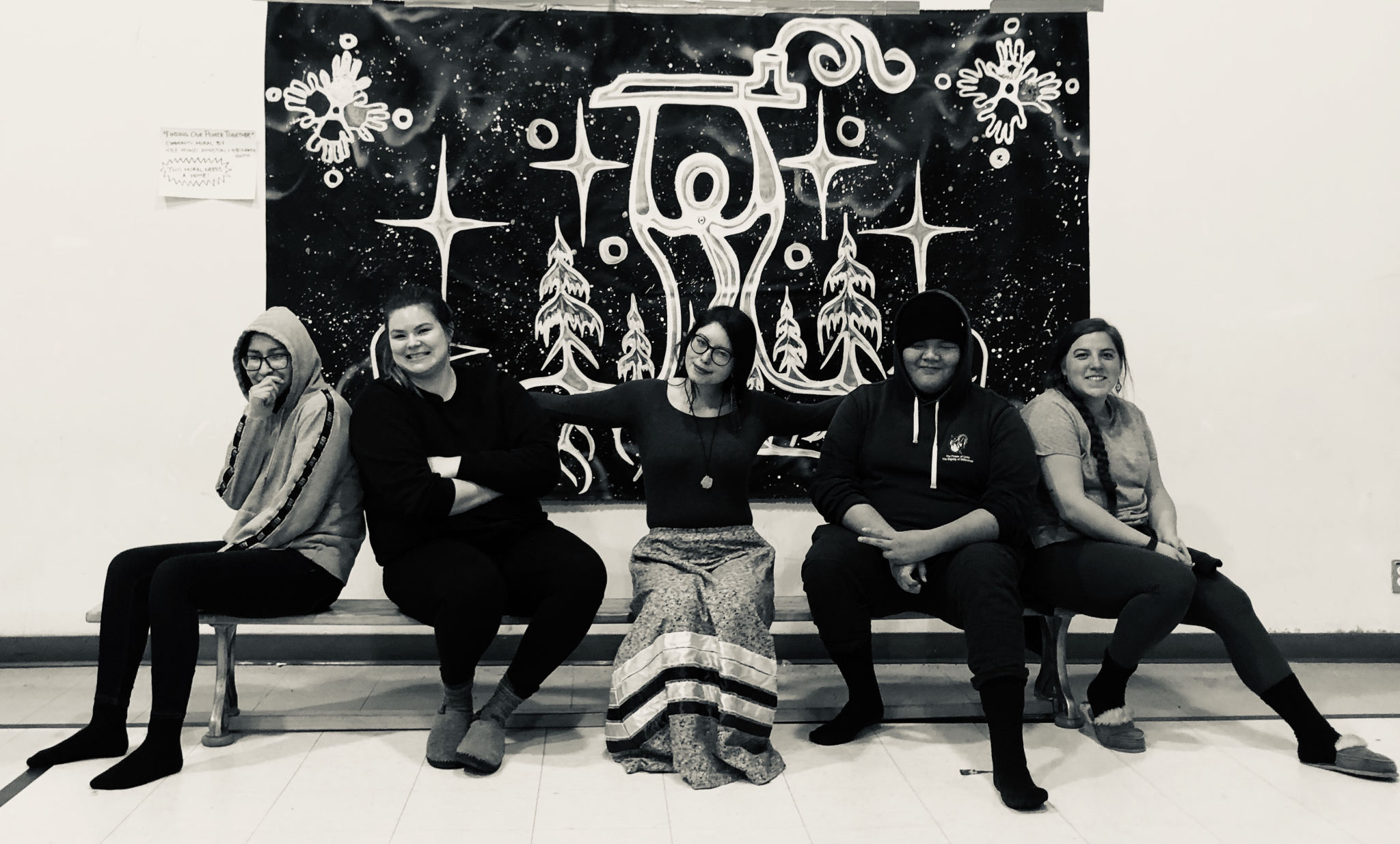 With the COVID-19 pandemic nixing its quarterly visits to the tiny Oji-Cree reserve for the foreseeable future, the Finding Our Power Together project had to pivot quickly to keep fighting for youth mental health amid heightened isolation.

The community’s school is closed and youth programming is paused while all social gatherings have been halted in the community, which is located 500 kilometres north of Thunder Bay.

Nibinamik suffered a rash of youth suicides and suicide attempts in 2017, and while the rate has slowed down, Ineese-Nash fears the loss of social services during a period of increased isolation could cause another spike.

“Already, there are challenges accessing mental-health support, and with further isolation, we are going to see more suicide attempts,” Ineese-Nash said, adding that nearby communities have reported several youth suicide attempts since the pandemic hit.

“We’re working very hard to put something in place to support the young people that we know so that doesn’t happen in that community,” she said.

With the help of a micro-loan from Indigenous youth charity Canadian Roots Exchange (CRE), the Toronto-based doctoral student and research associate is sending 10 phones preloaded with wellness supports and activities to Nibinamik.

The content can be used even when the community’s spotty internet service is down, as the project is also buying 150 prepaid calling vouchers to help keep youth connected.

A short documentary on Finding Our Power Together created with the youth council at the Nibinamik First Nation.

The initiative is funded through a $5,000 grant from CRE, which handed out $95,000 to 19 Indigenous youth-led projects across the country in its first round.

The Toronto-based charity is accepting submissions for two more rounds of funding, with deadlines of May 8 and 29, after committing up to $300,000 of its annual $5 million in federal funding to its COVID-19 response.

Max FineDay, executive director for the CRE, expects to offer more rounds after recently receiving a $150,000 donation from the Mastercard Foundation.

He said the COVID-19 pandemic was exacerbating the existing social inequities plaguing Indigenous communities in Canada.

“We know as a country that Indigenous people are statistically really hurting at the best of times, and suffering from economic inequality and food insecurity and all these myriad things,” he said. “When a pandemic does hit, it is that much worse for Indigenous people.”

While youth mental health has been a focus of applications so far, FineDay said some projects are also looking at retaining cultural connection.

“Our communities are based on relationships and in a visiting culture, and to not have that available to us has been a real challenge for a lot of young people,” he said, noting it is impossible to socially distance in a sweat lodge or during a pipe ceremony.

“We’re trying to provide that technological stopgap and connect youth with elders and knowledge-keepers through Zoom or FaceTime or these other digital platforms, which has been hilarious to watch at times, their first time trying these sorts of things,” he said. “It has been a real lifesaver for a lot of young people who are seeking that during this time of uncertainty.”

Other projects the group has funded include the online migration of hip-hop classes, trivia nights and drawing contests run by the youth centre in Kugluktuk, Nunavut, and helping Lii Michif Otipemisiwak Youth Services resume deliveries of food and other essentials to young Indigenous people in the child welfare system in Kamloops, British Columbia.