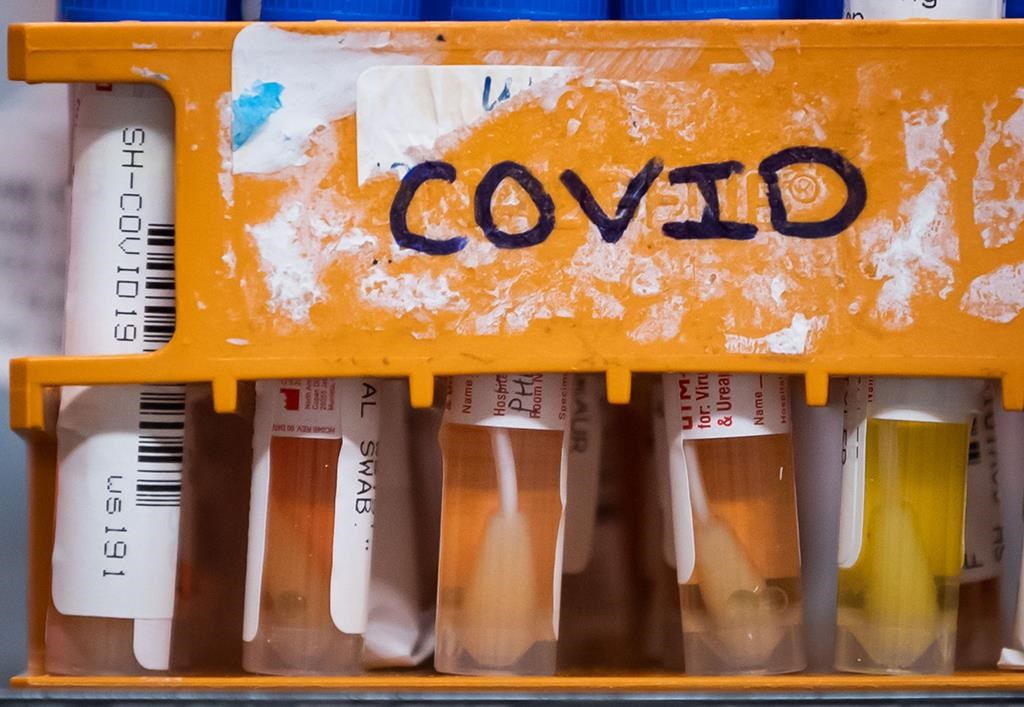 Specimens to be tested for COVID-19 are seen at LifeLabs after being logged upon receipt at the company's lab, in Surrey, B.C., on Thursday, March 26, 2020. File photo by The Canadian Press/Darryl Dyck
Previous story
Next story

Nunavut confirmed Thursday its first case of the novel coronavirus in one of the country's northernmost communities.

"We've been braced for it for a while," Dr. Michael Patterson, the territory's chief medical officer of health, said in a news conference. "The surprise is more that it's taken this long to get here."

The single case in Pond Inlet on the upper tip of Baffin Island was detected late Wednesday, Patterson said. One patient is in isolation in the community of about 1,600 and is doing well.

Health officials have feared the appearance of COVID-19 in Arctic communities since the beginning of the pandemic. Their remoteness makes it difficult to move people and equipment, local health-care facilities are easily overwhelmed and overcrowded housing makes it easy for illness to spread.

Nunavut, the last jurisdiction in Canada to be hit with the virus, has responded swiftly.

Supplies and an emergency response team of nurses skilled in contact tracing were on their way Thursday. All general public travel in or out of the community has been banned.

"The health centre is well staffed and prepared," Patterson said.

Empty housing units have been identified in Pond Inlet in case more patients need to be isolated. An extra water pump has been shipped to ensure supply for increased hand-washing.

Tracing of anyone who has been in contact with the patient has begun. Twenty people have been swabbed and are waiting for results.

Although Nunavut has testing facilities in Iqaluit, final confirmation is done in Ontario. Patterson said those results won't be back until Sunday at the earliest.

'We've been braced for it:' Nunavut confirms first case of COVID-19

Patterson said little about the confirmed patient other than that symptoms began to appear last week.

"We don't know yet the full details of how this individual got COVID-19," he said. "The number of contacts we've identified so far is low."

In addition to the 20 people already swabbed, another group — Patterson said "fewer than 10" — is waiting to be tested. No contacts have been identified outside Pond Inlet, a community of rugged and rocky beauty across Eclipse Sound from the mountainous shores of Sirmilik National Park.

Patterson said increased testing will be made available at other communities in the region.

"In communities that often have travel between there and Pond Inlet there will be increased concern at those health centres and we will accommodate that."

The community was quiet Thursday, said Louise England, manager of the local Co-op.

"We're coping very well," she said. "It's just sad luck that we were the first."

Both her store and Pond Inlet's other grocer were closed Thursday at the request of health officials. The shops can reopen Friday with a maximum of 10 people inside at a time and an hour set aside for elders only.

"The government and the medical officer of health will review with us how it went," England said.

Nunavut Premier Joe Savikataaq said the territory has been bracing for the virus and has been taking lessons from other jurisdictions who have been dealing with it for weeks.

"No one wants this virus," he said. "No one brought this virus to Nunavut on purpose. No one deserves to be shamed or blamed.

"Now is the time for patience, kindness and staying at home."

This report by The Canadian Press was first published April 30, 2020