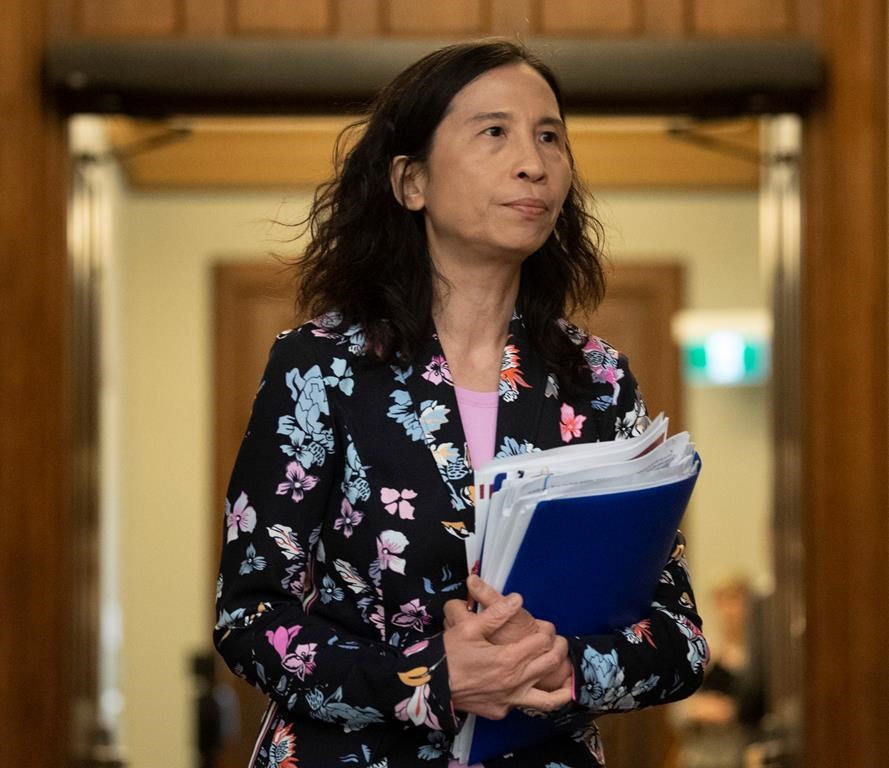 The old-fashioned way Canada records deaths means the country could be missing out on data important to addressing the COVID-19 crisis.

The confirmed number of COVID-19 deaths — about 4,900 across Canada as of Monday afternoon — represents people who have tested positive for the viral disease.

Experts suggest that may not tell the whole story.

Testing protocols vary province to province, making confirmed cases an imperfect measure of the true impact of the virus.

Comparing the total number of deaths to previous years could offer a better insight, and the government is working with Statistics Canada to gather and analyze that information.

But according to Laura Rosella, an associate professor of public health at the University of Toronto, it's difficult to get the data quickly enough for it to be useful in Canada.

"The way we gather death information is quite archaic," said Rosella, who also serves as the scientific director for the university's Population Health Analytics Laboratory.

When someone dies in Canada, a doctor typically fills out a death certificate on paper and faxes it to the provincial body responsible for processing those statistics.

That means it can take several years to get verified data about the number of people who die in a given year.

The numbers are also sometimes reported by hospitals or coroners using different methods, resulting in different numbers — which then need to be reconciled to be of any use.

"Our system is not set up for any type of real-time feedback of mortality," Rosella said, making it hard for governments to make data-driven decisions.

Former federal health minister Jane Philpott, who has been on the front lines in the battle against COVID-19 at Markham Stouffville Hospital in Markham, Ont., expressed her frustration with Canada's data situation.

"We are infuriatingly decades behind in data technology for public health," Philpott, a former Liberal and then Independent MP who is set to take on a new role as dean at the health sciences faculty at Queen's University, wrote on Twitter Sunday.

In a crisis, governments often work to speed up the process for certain types of deaths.

She said Ottawa hopes to use the same methods to get more timely access to COVID-19 data.

"We have highlighted some of the gaps in real-time information on the COVID-19 deaths themselves," Tam said Monday at a briefing in Ottawa. "We are doing our very best with the provinces to try to see if we can address those gaps."

Data in the United Kingdom shows a greater spike in total deaths since March than total confirmed COVID-19 cases would suggest, according to The Health Foundation in Britain.

Information about how many more people are dying overall this year compared to 2019 would also give insight into some of the other consequences of the pandemic, Tam said.

Doctors across the country have noted lower rates of emergency room visits, suggesting people may not be going to the hospital when they need help.

"Excess mortality is something we have to look at in parallel with the COVID-19 deaths," she said.

Comparing the number of deaths to previous years is often used to look back on a flu season to measure how severe it was, said Rosella, who often uses mortality data in her research.

She said there are many areas of research and public health that would benefit from more up-to-date information.

"I actually think mortality tells us a lot about the health system," she said. "Without the timely information, we actually can't act on it and can't use as an indicator in a meaningful way."

There's been talk for years about improving Canada's processes by making them digital and creating a national database or registry, she said.

But those improvements require investment, and so far there's been no action.

The penny-wise, pound-foolish phrase comes to mind. The very dilatory digitizing of Governmental procedures is often further exacerbated by archaic legal barriers. The executors of the wills of the deceased require mutliple copies, sometimes notarized, of death certiicates in the settling of an estate. Officialdom will frequently balk at making necessary changes to public records, or to private sector suppliers of goods and services without such tangible proof of a death. Laws willl have to be changed in minute detail to accomodate the rapid assembly of vital statistics.

Physician mothers on the front lines of a crisis