By Jordan Press | News, Politics
#573 of 1360 articles from the Special Report: Coronavirus in Canada 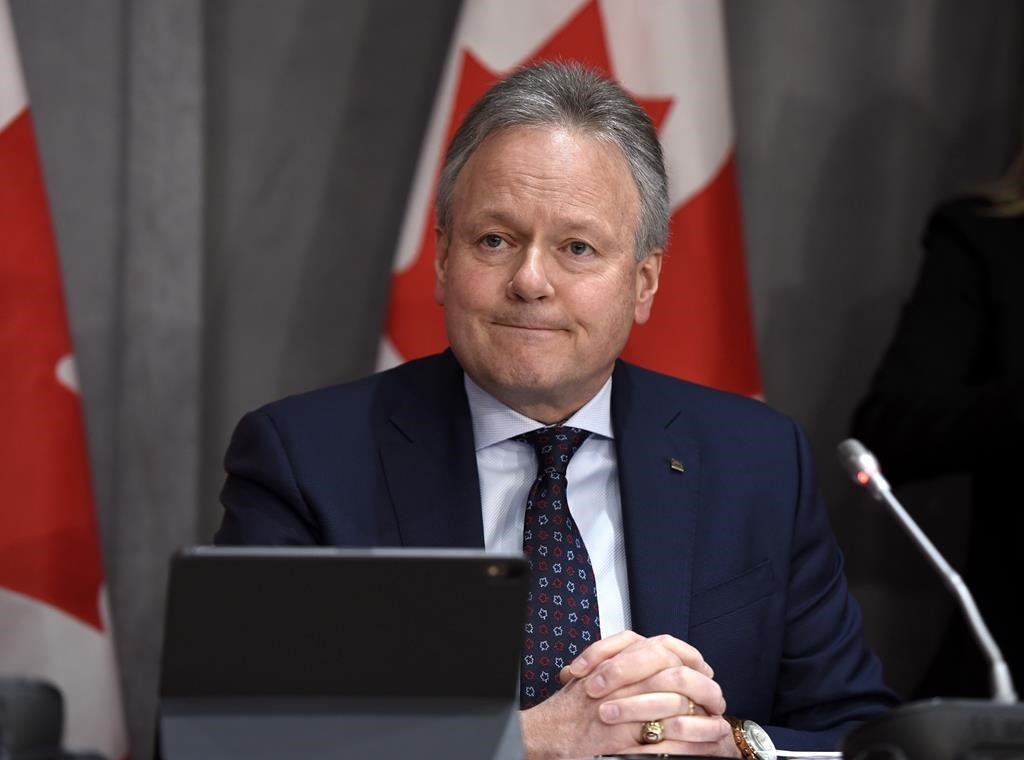 Bank of Canada Governor Stephen Poloz listens to a question at a press conference on Parliament Hill in Ottawa, on Wednesday, March 18, 2020. File photo by The Canadian Press/Justin Tang
Previous story

Financial markets are showing signs of concern about the how well companies can weather the COVID-19 economic crisis, the Bank of Canada said in a report outlining issues the pandemic is having on business and household debt.

The central bank has spent the last two months making a flurry of policy decisions that include slashing the target interest rate and embarking on an unprecedented bond-buying program to ease the flow of credit.

The report released Thursday suggested these measures have helped alleviate liquidity strains and provided easy access to short-term credit for companies and households.

But the bank warned the longer the economic shock goes on, the cash crunch of businesses seeing sharp revenue declines could develop into a solvency issue.

The Bank of Canada's review of the country's financial system said market prices point to a concern that credit defaults are likely to rise.

The report also raised concerns that already-high household debt levels — something the central bank has repeatedly warned of in recent years — are likely to rise and become acute for households whose incomes don't fully recover from the pandemic.

Governor Stephen Poloz, speaking at a press conference, said the banking system is strong enough to handle the situation, even if becomes more severe.

"To be clear, the pandemic remains a massive economic and financial challenge, possibly the largest of our lifetimes, and it will leave higher levels of debt in its wake," he said in his opening remarks.

Aside from what is now approaching $150 billion in direct federal aid, the central bank over the course of March slashed its target interest rate to 0.25 per cent from 1.75 per cent.

It has also snapped up federal bonds to effectively provide low-cost financing to Ottawa to cover a massive spike in spending.

The figures are far below what federal officials envisioned for the program that aims to keep employees tied to their job for when business activity resumes.

The bank's balance sheet has more than tripled to $392 billion since early March, as part of an expansion larger and faster than during the financial crisis of 2008 and 2009 when its balance sheet increased by 50 per cent.

Poloz said the combined actions have put a floor under the economy, staved off what could have been a more dire situation and built a platform for recovery "favourable to new business creation."

"I'm not arguing we're going to get all the way back to where we were right away," he said.

"It will take some time because there is going to be some damage, but I think a large share of what we're seeing should go away relatively quickly."

The number of vulnerable households — those putting more than 40 per cent of their income to cover debt payments — "is likely to rise," the bank said, and fall behind on loan payments even with deferrals to some 700,000 households so far.

But federal actions also may help some households emerge from the crisis with lower debt levels, Poloz said.

The central bank's review also suggests financial institutions may be much less capable of responding to and containing a cyber security incident while many employees work from home.

The report pointed to evidence of a rise in phishing and malware attacks "designed to take advantage of the growth in remote work and the public appetite for information related to COVID-19."

You can go shopping in Ontario on Tuesday, but you can't visit family

By Emma McIntosh | News, Politics | May 14th 2020
Coronavirus in Canada

By James McCarten | News, US News, Politics | May 14th 2020
Coronavirus in Canada