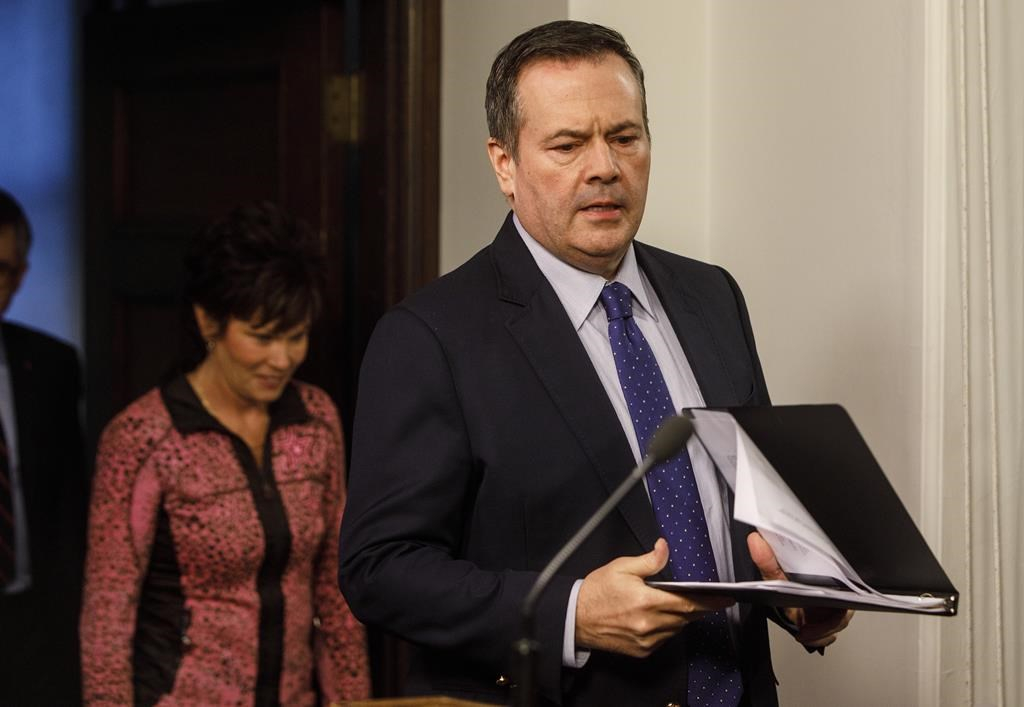 The Chinese Consulate-General in Calgary is firing back at Alberta Premier Jason Kenney for his rebuke of China's handling of the initial outbreak of the novel coronavirus.

In a scathing statement posted on its website Saturday, the consulate accused Kenney of wilfully ignoring the "facts" in an effort to appease U.S. President Donald Trump with anti-China rhetoric.

The consulate appears to be responding to a story by The Canadian Press published by the Calgary Herald last Thursday about Kenney's remarks at a virtual roundtable of the Canadian American Business Council.

The premier cautioned that China will soon face a "great reckoning" for downplaying the dangers posed by the novel coronavirus when it first emerged in the central Chinese city of Wuhan.

China's diplomatic outpost in Calgary countered with a warning that Kenney may face his own "reckoning," suggesting "he will not look smarter" in a comparison between the COVID-19 responses in Alberta and Wuhan.

A spokesperson for the premier said in an email Sunday that the premier's comments to the council "speak for themselves."

During last week's roundtable, Kenney accused China of working to suppress early evidence of human-to-human transmission of the novel coronavirus, including misleading and stonewalling the World Health Organization.

This echoes reported plans by the White House and Capitol Hill legislators to penalize China for what it considers to be a coverup. China has strenuously denied such allegations.

Trump has indicated he intends to seek damages and impose retaliatory measures, even as his administration tries to preserve its efforts to secure a long-term trade deal.

Kenney told the council that China's "significant role" in the global public health crisis and its devastating economic fallout cannot go without consequences.

"Western countries, including Canada and the United States, must have a reset in their relationship with China — and part of that reset, in my judgment, must be a deliberate effort to onshore production, particularly on critical supplies," he said.

In response to Kenney's calls for a "reshoring" of manufacturing capacity from China, the Calgary consulate offered a pithy retort: "Please go ahead.

"We are more than happy to share with him our rich experience on how to quickly set up factories, just like how we built two entirely new hospitals with 2,600 beds in about 10 days in Wuhan."

The consulate rejected the notion that it's adopted a more aggressive "wolf-warrior diplomacy" in response to Western criticisms of its handling of the COVID-19 outbreak.

Rather, it insists China is working with Alberta towards a "win-win situation based on mutual respect" in fighting the virus.

"A final friendly reminder for the Premier: You are based in Edmonton not in Ottawa," the consulate wrote.

This report by The Canadian Press was first published May 17, 2020.

By James McCarten | News, Politics | May 14th 2020
Coronavirus in Canada

Peter MacKay suggests Magnitsky Act should be used against China

By The Canadian Press | News, Politics | May 8th 2020
Coronavirus in Canada

Jason Kenney would do well to

Jason Kenney would do well to stop parroting the Trump Republicans he so obviously adores and wants to emulate.