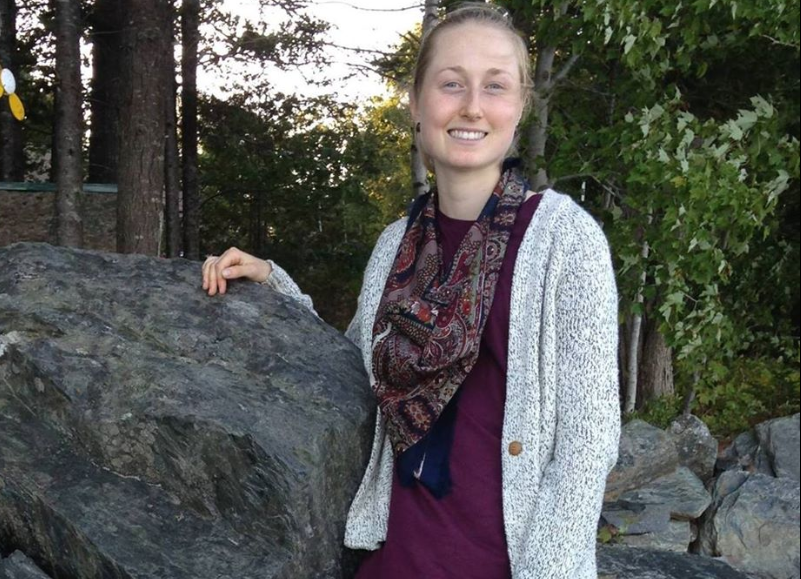 Hannah Estabrook is earning less working five days a week at a grocery store than she could get from government pandemic benefits. Photo supplied by Hannah Estabrook
Previous story
Next story

Post-secondary students unable to work due to the COVID-19 pandemic started applying for federal relief late last week, while questions about the benefit's terms remain unanswered.

Prime Minister Justin Trudeau said last month the Canada Emergency Student Benefit (CESB) would provide eligible students with $1,250 a month from May to August of this year, and up to $1,750 for students with dependants or disabilities.

Students have complained the amount is not enough to cover living expenses after many lost their prime summer earnings opportunities to the pandemic, which has shut down much of public life.

The amount for students with children or disabilities was later increased to $2,000 — the same amount workers who lost their jobs can receive via the Canada Emergency Response Benefit (CERB) — in order to get NDP support for the passage of the legislation.

But at the urging of the Conservatives, the final version also included a condition that students prove they are looking for work.

It is not clear, however, if a student must accept any job offer. Regulations to flesh out the details of the law have not yet been made public. The portal to apply for the benefits opened on Friday.

“There are some rumours going around ⁠— somebody told me they called the CRA (Canada Revenue Agency, which is administering the benefit) and the agent told them they would have to accept any job they were offered,” said Alex Gold-Apel, a postgraduate University of Toronto student who has been advocating for students to get more help.

A spokeswoman for the federal employment minister did not respond directly to a query about whether a student was obliged to accept a job offer.

“If a Canadian student is able to work, they must be actively looking for a job and attest to that in order to be eligible to receive the CESB,” Marielle Hossack, press secretary for Carla Qualtrough, said in an emailed response to queries.

As students start applying for federal relief, some question whether they can refuse a job offer without penalty while others earn less delivering essential services than they could get by staying home.

The government is encouraging students to register with a federal job bank where employers can post their vacancies, and says applicants should keep a daily record of their efforts to find work.

Gold-Apel also questioned why parent-students were only eligible for the additional amount if their child is younger than 12 years old, which pushes the benefit out of the reach of mature-age students and is lower than other programs such as the Canada child benefit (CCB), which is paid to eligible families raising children under 18 years of age. He also said it was not clear whether students living with immunocompromised people would be considered unable to work due to COVID-19 and therefore be eligible for the funds.

It is also unclear whether those whose summer jobs have been delayed rather than canceled can apply for initial help without looking for interim work.

Meanwhile, those earning more than the $1,000 a month threshold, but less than they need to pay their bills, also find themselves in a difficult situation.

Hossack said the student benefit is one part of a larger relief program for students, which also includes the Canada Student Services Grant that offers up to $5,000 toward tuition payments for students who perform volunteer work, the doubling of student grants and enhancements to a student loan program.

Hannah Estabrook had been planning to work over the summer at an outdoor education centre, but it was canceled with short notice. So, the 21-year old University of Victoria student accepted an offer of increased hours at her part-time grocery-store job, earning $15 per hour, or about $1,600 per month.

While she would otherwise have been eligible for either the CERB or CESB, she now finds herself unable to apply for either while coming into contact with hundreds of customers a day.

“If I were to quit, I’m ineligible for any benefits, while going to work five days a week, I earn less than my roommates who stay home,” she said.

Trudeau said on April 15 low-income workers in hospitals and nursing homes, as well as those ensuring the integrity of the food supply or providing essential retail services, would receive a wage increase, but those benefits, which require co-ordination with provincial governments have, for the most part, not yet arrived.

“It feels like the government is exploiting low-income workers, knowing that we have no other choice, but to keep showing up to work in essential positions that keep our society functioning,” Estabrook said.