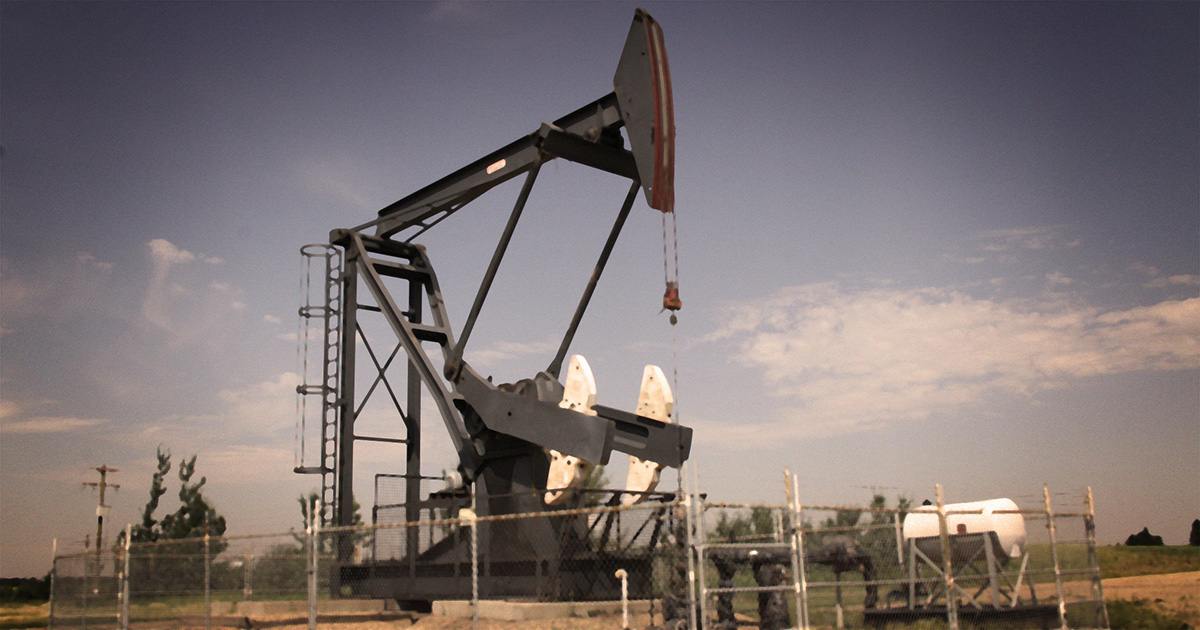 This story was originally published by Progress Report.

The case of Manitok Energy shows just how easy the Alberta Energy Regulator makes it for oil and gas executives to dump their environmental liabilities on the Alberta public.

But less than a year later, a new company with a different name but the same CEO was able to acquire all of Manitok's remaining non-orphan well assets--while dumping the liabilities on the rest of us--and all with the tacit blessing of the Alberta Energy Regulator or AER. And while the OWA is supposed to be industry funded it is now majority funded by public money due to recently receiving hundreds of millions of dollars worth of taxpayer dollars.

Manitok Energy and its subsidiaries defaulted on their loan payments and went into receivership in February 2018, according to the most recent receivership report, which is dated Nov. 8, 2019. The receiver, in this case an accounting firm called Alvarez & Marsel Canada, is appointed to sell the remaining assets of the company in order to pay outstanding debt.

In November 2018, Manitok’s primary assets were sold to Persist Oil & Gas; the president and director of Persist Energy is Mass Geremia, the very same CEO of Manitok.

Persist was formed late-February 2018, according to the company’s Sedar profile. The phone number listed for Persist is the same as the one provided for Manitok, which is out of service, as are the emails listed for each company. According to the Orphan Well Association’s April 2020 inventory, Manitok has left behind 181 wells, 31 facilities and 282 pipelines.

While it’s completely legitimate for a bankrupt company to sell off its assets to pay off creditors, it’s another matter when those assets are sold to a company owned by the same people says Ecojustice lawyer Barry Robinson.

Progress Alberta reached out to Manitok/Persist's Mass Geremia for comment, but he did not respond to our questions before our publishing deadline.

Regan Boychuk, an independent researcher with the Alberta Liabilities Disclosure Project says broke energy companies are using the OWA as a recycling depot for their decommissioning costs while the owners move on. This is essentially “standard operating procedure” in the industry, which he attributes to the AER being a captured regulator.

"It's not supposed to be legal," Boychuk told Progress Alberta. But it's a frustratingly common scheme. Many Albertan farmers have seen companies like Manitok come in, run up huge bills, and then evaporate. The public get left with the bill, the farmer gets stuck with a deteriorating oil well on their property that OWA may or may not get around to cleaning up, and next season the same people are back to do it again under a different corporate name.

There were multiple opportunities for the AER to shut Manitok's own maneuver down. The agreement between Persist and Manitok was amended twice--in December 2018 to add and remove various assets in the Carseland, Rockyford, Wayne and Wildcat Hills areas, and on March 29, 2019, to remove the Nisku Pipelines and Facilities in Wayne--before the deal closed April 15.

This second amendment removed three facilities and 17 pipelines from the deal, according to an appendix attached to the receivership report, which then became the responsibility of the Alberta Energy Regulator. The receivership report says Manitok owes Kneehill County, where Wayne is located, about $66,000 in outstanding taxes for 2017 and 2018, plus an estimated $37,000 for 2019, assuming the assessment for that year is the same as 2018.

But the costs in foregone taxes pale in comparison to the millions the public spends decommissioning the orphan assets, says Boychuk.

He says it costs around $229,000 on average to plug and reclaim wells, with related pipelines and facilities doubling that cost.

Without knowing how many of the wells have been decommissioned already, Boychuk used $200,000 as a rough estimate of per-well costs. At 181 orphan wells, Manitok's orphan wells will have a clean-up cost in the realm of $72 million dollars.

On Jan. 31, 2019, the Supreme Court of Canada ruled that insolvent energy companies have an obligation to pay off their environmental liabilities before reimbursing creditors, dubbed the Redwater decision, a ruling supported by the AER and OWA.

“The law’s on our side,” says Boychuk. “We can hold these folks accountable, but we have the same dilemma we’ve always had in Alberta — the sheriff won’t take his gun out of his holster, he won’t hold this industry accountable and, as far as complaints go from citizens to the regulator, the door’s locked.”

The AER’s Directive 067 of December 2017 allows the regulator to revoke or restrict licence eligibility for oil and gas development.

“Acquiring and holding a licence or approval for energy development in Alberta is a privilege, not a right,” reads the directive’s preamble.

“The AER conducted a review and found that the change did not pose an unreasonable risk to public safety or the environment,” Roth wrote in an email to Progress Alberta.

Prior to this revelation, the AER made Persist “purchase and perform abandonment and reclamation work on infrastructure that was not part of the original sales agreement” to lessen the load on the OWA, he said. In total, Roth says Persist purchased a total of 942 wells, facilities and pipelines from Manitok. Manitok, by contrast, has 494 wells, facilities and pipelines registered with the OWA.

“These transactions reduced the amount of inventory sent to the OWA,” said Roth. “No other parties expressed interest in the Manitok inventory.”

Barry Robinson, a Calgary-based lawyer with environmental law charity Ecojustice, says the issue is whether the unproductive assets the AER required Persist to purchase will ultimately end up with the OWA.

“That’s the interesting question — the remaining properties that the trustee holds, which are non-productive, did the trustee get enough funds to do the cleanup on those, or are they going to end up in the orphan well program,” Robinson said.

While it’s completely legitimate for a bankrupt company to sell off its assets to pay off creditors, it’s another matter when those assets are sold to a company owned by the same people, he said.

“Why would they have allowed the transfer of the viable properties, unless they had some insurance that it was going to create enough income, enough value, to carry out the reclamation of the non-productive properties,” said Robinson. “We don’t know that.”

Kneehill County’s top administrator says municipalities don’t have the resources to suss out shady transactions. That is the AER’s role.

“It’s outside our jurisdiction. We just sort of have to deal with the hand we’re dealt,” chief administrative officer Mike Haugen told Progress Alberta

He said the county lacks access to information on the inner workings of the various energy companies operating on its land.

“When assets switch company hands, we of course find that out for tax purposes, but we don’t have information on ownership or things like that,” Haugen said.

The taxable value of energy-related assets depreciates as the facilities age, making it difficult to determine definitively how much tax revenue is being foregone in the long-term, he added.

“Whether it’s one company or another company that owns it, we’re still taxing it and getting income,” said Haugen.

“Our concern is more broad and shared by most Albertans — what’s going to happen to these orphan wells? Somebody’s paying for them to be decommissioned or taken care of. That’s not the municipality, it’s the taxpayer through the Orphan Well Association.”

The federal government has announced $1 billion in bailout funds to assist Alberta in paying for abandoned well cleanup, but few details have been released about how that money would be distributed. If it's the AER and the UCP making the call, these bad actors in the industry might not just get away with these dumping schemes--they may get paid for them, too.

By The Canadian Press | News, Politics | May 1st 2020
Coronavirus in Canada

If the Alberta Energy

If the Alberta Energy Regulator, an arms-length agent of the Government of Alberta, can be described as a “captured regulator”, what does that say about the government that gives the agency its mandate?

What a super cozy

What a super cozy relationship Alberta has put in place for all of its wild-west oily/gassy folks! Getting the rest of us to pay for their lack of integrity and terrible business methods is a brilliant way to screw the Rest of Canada. Kenney et all must be laughing their greedy heads off! What suckers we are!

Alberta's answer to their Big

Alberta's answer to their Big-Oil woes is to whine for sympathy and bleat for bailouts. Even Alberta farmers and taxpayers stuck with the messes and debts left by fossil-fuel extraction industries don't seem to whine and bleat to the industries to stop screwing them, nor do they kick their leaders and themselves for lack of a rainy-day fund from their glory days. And heaven forbid that they ever have a sales tax, like every other province, which could have been collected through the rich decades to help cover costs now. They just join the chorus, led by their politicians, for the rest of Canada to reward their folly with whatever they "need", which certainly doesn't include smartening up -- literally, operating with some smarts. The pity party gets harder and harder to take, and there's no end in sight.

Oh yeah, and now they're all rushing to holiday or move to B.C. -- this past weekend, one vehicle in about 10 on the ferries heading for Vancouver Island was full of Albertans -- spreading their attitude and fightin'-mad spirit to the place they love to hate.

A significant portion of

A significant portion of Alberta’s population falls outside the descriptors used here. There are plenty that have strived for real balance between environment and economy. Not all are against a provincial sales tax, many Albertans would in fact support a PST. There are plenty of farmers and ranchers in Alberta who are way past angry at being stuck with contaminated unmarketable agricultural land because well sites haven’t been reclaimed and contamination of soil and groundwater allowed to remain, and their vote is not always guaranteed. Alberta would have had a substantial “rainy day” fund had successive conservative governments not continued to reduce royalty rates to fire-sale levels from the more equitable rates established in the 1970’s, but the general public is mostly unaware of this. Coal royalties make it a gift to the corporations mining it. Stumpage fees for softwood are likewise too low, but Alberta is not alone there. At least Alberta has not started to use aerial application of herbicides to rid forests of deciduous growth in favor of more marketable coniferous growth, notwithstanding monocultures are deficient or vulnerable in many ways. For this we can thank lobbyists and compliant legislatures, also not unique to Alberta (think LNG terminal and supporting pipeline infrastructure). But hey, Kenney and the UCP have three more years to really give Albertans something to cry about.

In any event, everything is not always what it seems.