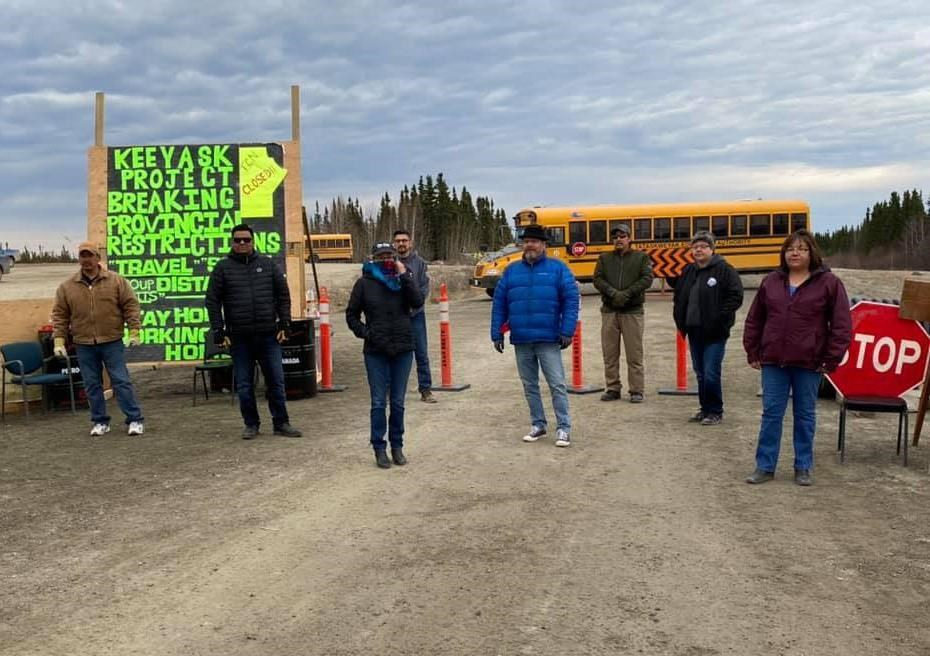 A Manitoba Indigenous group says there's a deal with the province's Crown-owned hydro utility to remove blockades set up over fears that workers could introduce COVID-19 to an area around a multi-billion dollar hydroelectric project.

Manitoba Keewatinowi Okimakanak says in a news release that leaders of First Nations that had been blockading the Keeyask power project met with Manitoba Hydro President Jay Grewal on Saturday, and that they reached an agreement for the barricades to come down.

The announcement says the deal includes lifting a court injunction issued last week against Tataskweyak Cree Nation, one of the communities that was part of the protest.

Four northern First Nations stopped entry at three points around the site about 725 kilometres northeast of Winnipeg after Manitoba Hydro said it would rotate out hundreds of employees and contractors who had been there for eight weeks.

Manitoba Hydro spokesman Bruce Owen says the utility is pleased to reach an understanding with its First Nations partners that he says "will see construction on Keeyask resume safely," adding that more information will be released Monday.

The MKO news release doesn't say whether the shift change will proceed, but an MKO spokeswoman says in an email that the First Nations will continue to work with Manitoba Hydro on a plan to gradually resume construction at Keeyask.

"First Nations, like other Manitobans, have made many sacrifices to restrict the transmission of COVID-19," Tataskweyak Cree Nation Chief Doreen Spence said in the MKO news release.

"While we absolutely want our economies to open up and succeed, we are ultimately most concerned about the well-being and health of our citizens during this uncertain period."

The northern area so far has no cases of COVID-19, and Manitoba Hydro had said the Crown corporation planned to safely resume regular work rotations while protecting workers and neighbouring communities.

Manitoba's Court of Queen's Bench issued an injunction last Monday ordering the removal of the blockades, an order the First Nations had said they would ignore.

Spence said in the news release that her community has "asked Manitoba Hydro to work with us in a better way to move forward with the project."

"If Manitoba Hydro had fully engaged with its Cree partners from the beginning, this situation would not have happened," he said in the release.