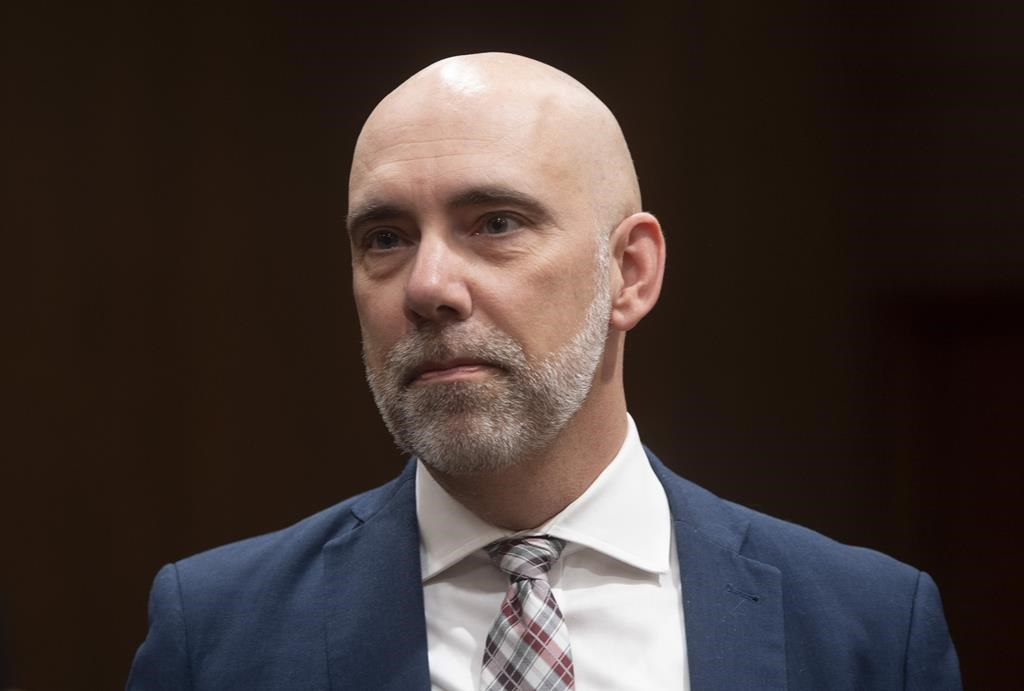 Parliament's spending watchdog says the estimated deficit for the year has likely risen to about $260 billion, leaving the government with little fiscal firepower to stimulate an economic rebound.

Budget officer Yves Giroux previously estimated the federal deficit at $252.1 billion this fiscal year on account of a sharp increase in spending on emergency aid and a subsequent drop in economic activity related to the COVID-19 pandemic.

Speaking to the Senate finance committee Tuesday, Giroux said the government has added about $7.6 billion in spending since his last report, pushing the potential deficit ever deeper.

Giroux said that level of spending isn't sustainable for more than a few years. He said emergency aid would have to eventually sunset "otherwise we'll be looking at a level of taxation that's not been seen for generations in this country."

Federal finances could be helped by an economic recovery that would lower the deficit, which Giroux said is feasible alongside balanced, or close to balanced, budgets.

But to get the economy to lift-off speed, as Giroux has said, will require stimulus spending because of the number of businesses already saying they won't survive the pandemic.

"It's quite clear right now that there will be some need for stimulus measures. We just don't know their magnitude, their scope and which sectors … will need more particular assistance," Giroux told the committee.

Spending would have to be very targeted because, he said, "there's not that much firepower left without incurring significant, structural deficits."

Federal spending to date has topped $151.7 billion, with $40.33 billion going to 8.21 million people through the Canada Emergency Response Benefit. There is $5.7 billion more flowing through a wage subsidy program, according to the most recent figures posted online.

The federal New Democrats have used the $2,000-a-month CERB as an example of why the country should move to a basic income program. Bank of Canada governor Stephen Poloz in a recent interview suggested a CERB-like measure could help the country more easily respond to economic shocks in the future, particularly with little room for the bank's monetary policy to help.

"If there's a lesson to be learned, it is that some of the elasticity of those fiscal policies is very attractive," Poloz told the same committee Tuesday, "like an automatic fiscal stabilizer that could be relied upon in future episodes that would be worth developing more deeply."

Giroux said a basic income program — generally a no-strings-attached transfer to citizens, often in lieu of myriad targeted benefits — could have lessened the need for the CERB, though not the wage subsidy.

The last time the PBO looked at basic income, it estimated the federal cost at between $76 billion and $86 billion annually.

Giroux said his office will provide an updated cost for the concept in the coming weeks. A basic income would make some federal programs redundant, leading to some savings, but Giroux said early analysis suggests the net cost to be in the billions of dollars.

The bank has not put a firm number on its economic outlook, providing a best- and worst-case scenario for the foreseeable future, citing uncertainty about the course of the pandemic.

Poloz told the committee he believes the best-case scenario is still within reach. He said pent-up demand would play into a "robust recovery," even if some sectors like travel face financial difficulties.

Giroux said the federal government could easily provide the same kind of best- and worst-case scenarios so Canadians would have an idea about the course of federal finances. He urged the Liberals to table a fiscal update.

He added that his office will update its estimates of federal finances, including the deficit and debt, some time in June.

This report by The Canadian Press was first published May 26, 2020.

Japan has a debt-to-GDP ratio

Japan has a debt-to-GDP ratio of over 240%, the highest in the world, and over four times that of Canada. Yet Japan has not experienced inflationary surges, and has no problem marketing its bonds even at negative interest rates because investors understand the government whose central bank creates yen can never be forced to default. (Note this contrasts with Greece which uses a foreign currency, the Euro, over which it has no control.)

Servicing Canadian public debts is always sustainable because our government and its central bank can always make payments in domestic currency just as can Japan. According to former U.S. Federal Reserve Chairman Alan Greenspan, "a government cannot become insolvent with respect to obligations in its own currency. A fiat money system, like the ones we have today, can produce such claims without limit."

Covid-19 will certainly have a detrimental effect on the health of Canadians and our economy. With consumer and business spending collapsing, the government must pump more money into the economy to contain this virus, support families and businesses, and prepare for any future natural disasters. The limit of this support depends on what unused real resources can be mobilized before the economy reaches capacity, and never on the size of numbers that can be punched into a Bank of Canada computer to fund the federal government.

"...... monetary authorities—the central bank and the finance ministry—can issue unlimited claims denominated in their own currencies .......a government cannot become insolvent with respect to obligations in its own currency. A fiat money system, like the ones we have today, can produce such claims without limit."