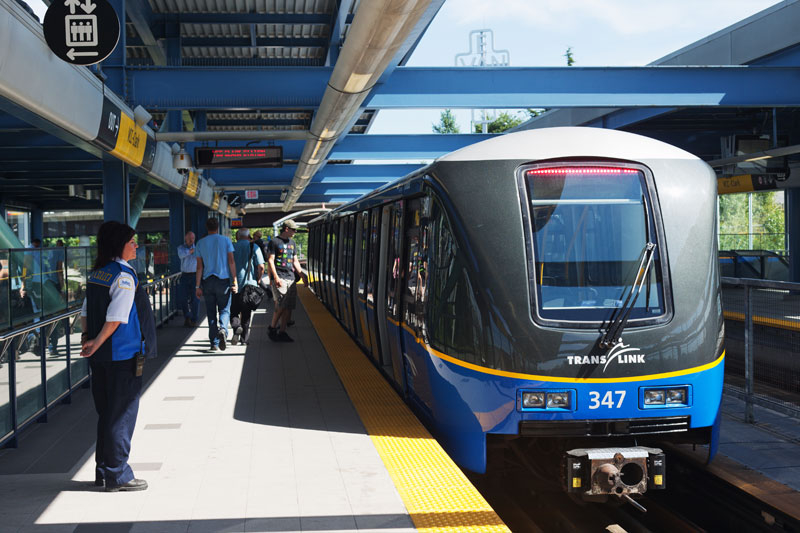 Metro Vancouver's TransLink is expected to lose almost a half-billion dollars in revenue this year, as ridership plummeted while people stayed home and avoided enclosed spaces to slow the spread of the coronavirus.
Previous story
Next story

The chairman of the Mayors’ Council on Regional Transportation says he’s encouraged that the federal government’s offer of $14 billion in “safe restart” funding could include a much-needed lifeline to public transit systems like TransLink.

New Westminster Mayor Jonathan Cote told Canada's National Observer that there appeared to be a “clear intent” from Prime Minister Justin Trudeau that a portion of the new federal funding commitment would go toward municipal needs like transit.

That would be welcome news for Metro Vancouver's TransLink, which Cote said is expected to lose almost a half-billion dollars in revenue this year, as ridership plummeted while people stayed home and avoided enclosed spaces to slow the spread of the coronavirus.

“This is really encouraging news,” Cote said. “We’re talking about a significant amount of funding ... I think if we’re starting to talk in dollar figures in the hundreds of millions, we’re getting to the point where we can start to see financial sustainability come back to transit agencies.”

Cote and the mayors’ council approve TransLink transportation plans and appoint most members of its board of directors. The council includes representatives from municipalities across the transit system's service area.

Trudeau made the announcement on Friday from Rideau Cottage in Ottawa. He said it would cover the next “six to eight months” and help pay for things like protective equipment, child care, seniors, sick pay and municipal needs including “public transit and community programs.”

Deputy Prime Minister Chrystia Freeland said the government wanted to ensure Canada has the conditions in place for a safe economic restart — and that means making sure people have the things they need to stay healthy. The way to do this successfully, she said, is “through a collaborative conversation with the provinces.”

The federal government is still negotiating with the provinces and territories about how the money will be distributed. On Friday, British Columbia Finance Minister Carole James said she’s “keen to partner up with the federal government” on economic recovery, but was waiting on more information.

“We haven’t received those details yet, and I know we’ll be working on them in the upcoming week,” James said.

The chair of the Mayors’ Council on Regional Transportation says he’s encouraged that the federal government’s offer of $14 billion in “safe restart” funding could include a much-needed lifeline to public transit systems like TransLink.

B.C. Transportation Minister Claire Trevena was part of a joint statement of four populous provinces this week calling on the federal government to provide transit funding, to be allocated directly to them.

On a per capita basis, with B.C.’s 13 per cent of the national population, the province might expect to see roughly a $1.8-billion slice of the pie, Cote said.

In a tweet sent Friday, the mayors’ council thanked B.C. Premier John Horgan for “working with us” to “bring the Government of Canada to the table on transit relief funding.”

“Now we look forward to working with you and (Municipal Affairs Minister Selina Robinson) and (Trevena) in the coming weeks to finalize a recovery and rebuilding strategy for transit across B.C.”

Toronto and Vancouver are in a financial freefall, and Ottawa has noticed