Special payments to seniors scheduled to arrive in early July 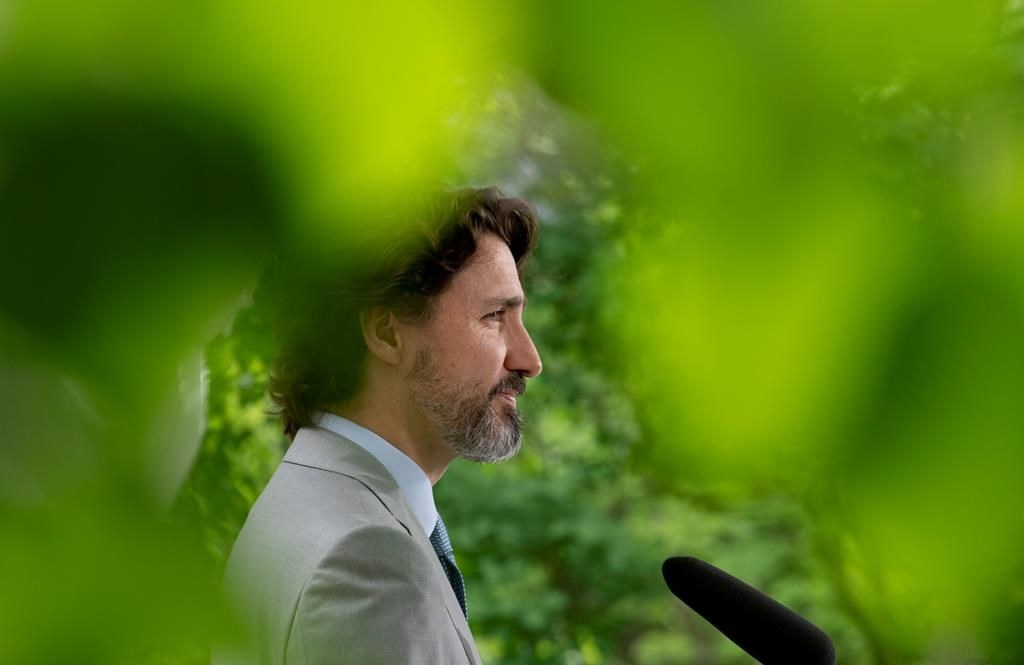 Prime Minister Justin Trudeau listens to a question from a reporter during a news conference outside Rideau cottage in Ottawa, on Thursday, June 4, 2020. Photo by The Canadian Press/Adrian Wyld
Previous story
Next story

A special one-time payment to millions of seniors will arrive in early July, a delay the Liberals say is the result of ensuring there isn't any fraud in the pandemic-related top-up.

The aid will come in the form of $300 payments to the more than six million people who receive old-age security benefits, and an additional $200 for the 2.2 million who also receive the guaranteed income supplement.

Seniors who already receive benefits won't have to apply for the special payment that will hit bank accounts through direct deposit the week of July 6.

Cheques will be mailed and expected to arrive the same week for seniors living in Canada, while those living abroad should expect delays given international postal disruptions.

The parliamentary budget officer has estimated the overall cost of the measure at almost $2.5 billion this fiscal year, in line with government expectations.

The Liberals first promised the extra help around mid-May, and between then and early July, two benefit payment dates will have come and gone.

The government had to create a new, effective delivery system to ensure payment accuracy and not require the 6.7 million seniors eligible for the extra help to have to apply for the aid, said Seniors Minister Deb Schulte.

"That's the reason why it's taken a little longer," Schulte told a midday press conference on Parliament Hill.

"We want to ensure accuracy and we want to make sure seniors are not vulnerable, or not exposed to any fraud or the kind of things we've been seeing as people are applying."

The Liberals have faced repeated questions in recent weeks about the level of potential fraud in key benefit programs, particularly the Canada Emergency Response Benefit, that were rolled out fast amid public health restrictions that put a freeze on economic activity.

A special one-time payment to millions of seniors will arrive in early July, a delay the Liberals say is the result of ensuring there isn't any fraud in the pandemic-related top-up.

The government has said that any fraud will be taken care of by tax time next year, and the government will claw back any incorrectly paid benefits.

Employment Minister Carla Qualtrough told MPs on Thursday that the government has every intention of following up on CERB files where there is any suspicion of fraud.

"We are doing this on an ongoing basis," Qualtrough said. "Rest assured, we are following up today, tomorrow, next week, next month on every single red flag in the system."

Almost 8.4 million people have applied for the $2,000-a-month taxable benefit, which has paid out $43.18 billion. The Liberals now expect to spend $60 billion on the benefit instead of $35 billion, as demand outstrips previous expectations.

This report by The Canadian Press was first published June 4, 2020.