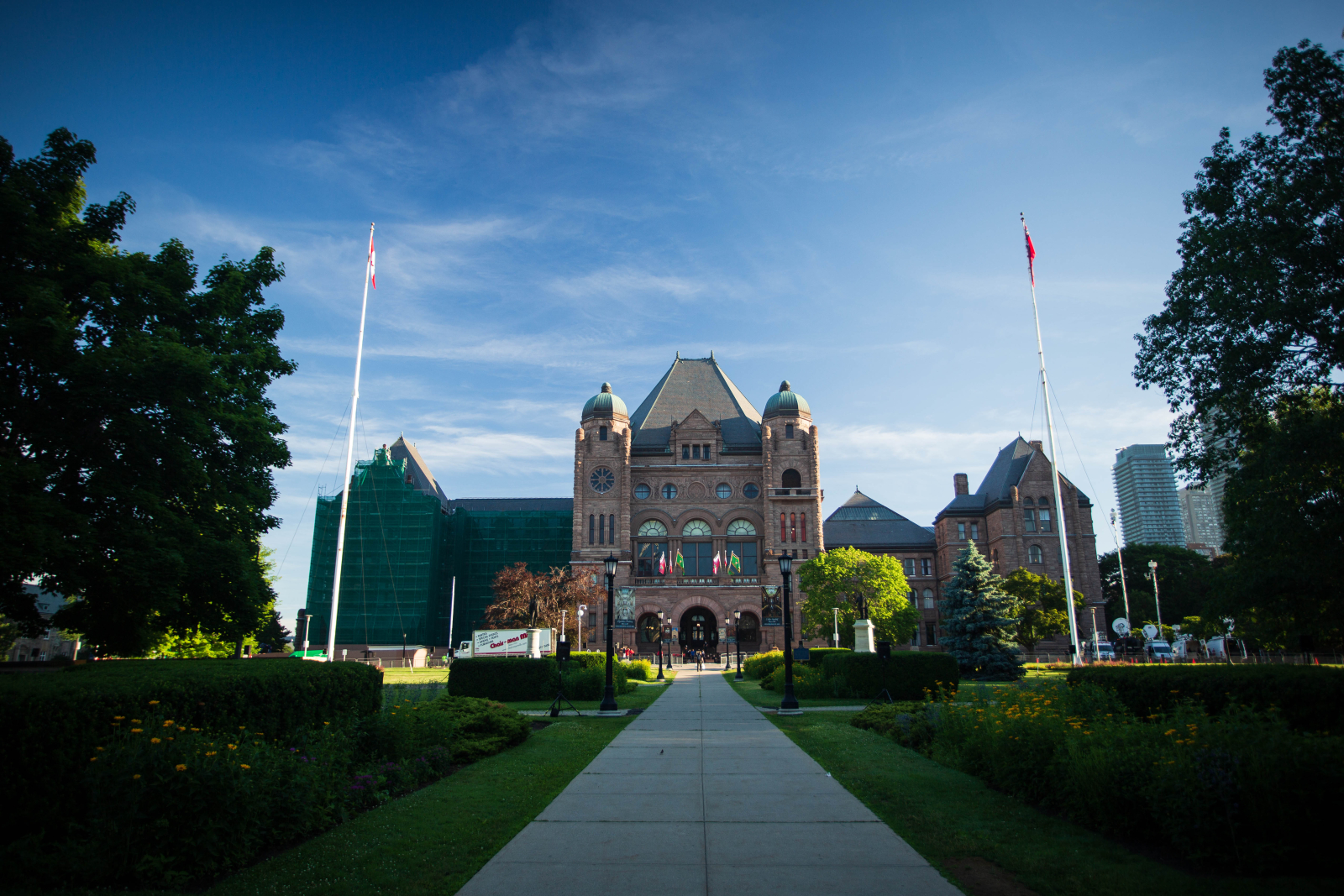 Queen's Park, which houses the Legislative Assembly of Ontario, pictured in 2018. File photo by Alex Tétreault
Previous story
Next story

The second stage of Ontario's COVID-19 reopening will start on June 12 — but not in the Greater Toronto and Hamilton area.

Stage two will allow bar and restaurant patios to reopen in much of the province. Haircutting services can also resume, as long as there's appropriate physical distancing.

But the restrictions won't be loosened everywhere. Areas where COVID-19 cases remain clustered — the Greater Toronto and Hamilton Area — will have to wait a while longer. Windsor-Essex and Chatham-Kent are also not allowed to reopen yet, said Health Minister Christine Elliott, as the province wants to keep a close eye on regions near the border where people transporting essential goods continue to go in and out.

“We need just a little more time,” Premier Doug Ford said Monday. “I'm confident the rest of the province will get to stage two very soon... Please, remain patient. We will get there soon.”

In the meantime, the government will give weekly updates every Monday on regions that have not been allowed to reopen.

One small comfort for those living in the Golden Horseshoe: the same day as stage two begins, the province will also lift gathering size restrictions no matter where you live. As of June 12, all Ontarians can gather in groups of up to 10 — rather than the current five — as long as they remain two metres apart from anyone from outside their household.

Stage two also allows a wide range of activities and services to go ahead: weddings can resume in groups of up to 10, shopping malls can open their doors, campgrounds and pools may reopen and places of worship in Ontario can hold in-person services as long as attendance is limited to 30 per cent capacity and attendees are physically distanced. Spas may reopen, but not saunas or baths, and facial procedures aren't allowed. Wine and fishing tours are OK to go ahead. (A full list of what can reopen is available here.)

The province will release its plan for child care Tuesday to help parents who must now return to work, Ford said. The government will also unveil details of summer camps, post-secondary education pilots to help students graduate, training centres and public transit in the days to come.

For weeks, Ford resisted calls to reopen areas of the province that have been less stricken by COVID-19. Outbreaks of the virus are mostly centred in Toronto and its suburbs.

After resisting calls for a regionally-based re-opening for weeks, Ontario Premier Doug Ford announced most of the province will enter stage two on June 12.

Alberta took a similar approach, reopening Calgary later than regions with fewer cases. British Columbia initially considered opening some areas sooner but decided instead to open all at once.

Officials in Kingston, Ont., asked the premier to consider giving some regions flexibility in late April, as the eastern Ontario city had few cases of the virus. But Ford rejected the idea even up until the end of May, when he admitted he was under pressure to pursue region-based reopening from within his Progressive Conservative caucus.

One concern, Ford said, was that people from regions that hadn't reopened could easily travel to those where amenities are open and take the virus with them. Stage two will not include a travel ban to mitigate that problem, Ford said Monday, adding that Ontarians are allowed to travel to visit campgrounds and wineries.

The province also announced some early details of what stage three of reopening could eventually look like, if COVID-19 cases don't begin to rebound in the weeks to come.

Opening up dine-in service at restaurants and bars is up for consideration. So are movie theaters, some arts performances, indoor fitness facilities, water parks, amusement parks and horse racing events.

Events at large venues, such as concerts, nightclubs and sporting events with spectators will likely remain restricted for the foreseeable future, the province said. Remote working is also recommended as much as possible.

Ford also announced Monday that Ontario will ban commercial evictions from June 3 until the end of August.

Editor's Note: This story was updated at 4:41 p.m. eastern to include additional details on stage two and possibilities for stage three.