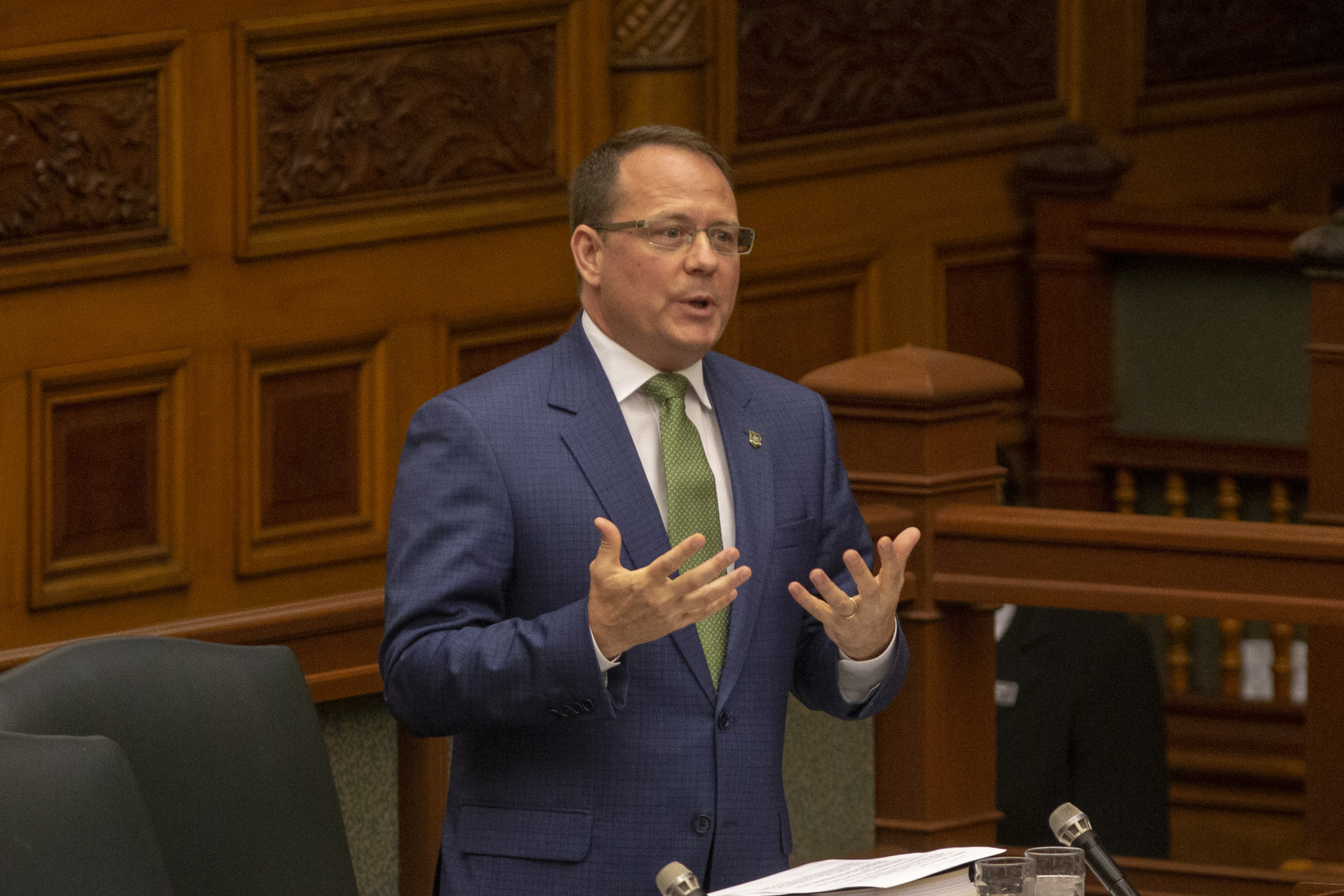 The government paused part of Ontario's environmental protection law on April 1, saying it could hinder efforts to respond to COVID-19. The change allows the province to temporarily push forward environmentally significant projects or policy changes without consulting or notifying the public even if they don't relate to the pandemic.

"I’m concerned that the government could be using the COVID crisis to undermine environmental protections," Schreiner said in question period Wednesday, pointing to the province's decision last week to use the suspension to delay a deadline for industry to report their greenhouse gas emissions.

Environment Minister Jeff Yurek fired back, saying the deadline was pushed back to align Ontario with a similar federal extension that was granted last month and to help businesses adjust to the pandemic. He also said Schreiner doesn't care about protecting businesses.

"He's become a politician in sheep's clothing," said Yurek. "He comes across as this gentle person… but at the end of the day he’s playing politics.

"I’m not sure if the member opposite really cares about businesses during this pandemic, but we do."

Yurek also said the Green leader didn't raise issues with the suspension of environmental oversight when it was first announced. "Special interest groups got ahold of him and now it's bad," he added.

Schreiner, who has spoken at length about proposed protections for local businesses struggling amid COVID-19, told National Observer in an interview after the fact that hundreds of people and special interest groups have written to him with concerns about the suspension of environmental protections. He wrote to Yurek with concerns on April 9 and followed up with an email, but got no response, he added.

"I thought it was important to at least give a voice to those people and groups who are concerned about this and give the minister the chance to answer publicly those concerns. Instead, he attacked my character," Schreiner said.

"Now I’m more concerned than I was before, to be honest with you... The fact that he lashed out the way he did makes me think we have struck a nerve. I am following up with the minister to have a conversation."

A spokesperson for Yurek, Andrew Buttigieg, said the minister is always open to discussions with members of opposing parties.

"(Yurek) has always had productive meetings with Mr. Schreiner since taking over the environment file," Buttigieg said.

Greenhouse gas emissions reporting will only be pushed back a month, Yurek says

The government's temporary exemption suspends a major portion of Ontario's Environmental Bill of Rights, which gives the public the power to have a say in environment-related decision-making. The specific section that is currently paused covers the public's right to be notified and consulted. It also means the government doesn't have to consider environmental values when it makes decisions.

The exemption expires 30 days after Ontario's current state of emergency ends. The state of emergency is now extended to June 2, but the government may choose to leave it in place longer, depending on the severity of the pandemic.

Yurek's office has previously said that although the government does not have to notify or consult the public as long as the exemption remains, it will remain transparent about what it's doing. The government will post notices of COVID-19 related actions that could affect the environment on Ontario's Environmental Registry, and ministries are still expected to consult the public on measures that aren't related to the virus.

During question period Wednesday, Schreiner raised concerns about the fact that the delay in reporting greenhouse gas emissions happened without public consultation. He also said he was worried the move could interfere with Ontario's commitments to do so under the Paris Agreement, as the change doesn't say when industry will have to submit their reports.

"It wasn’t hidden," Yurek said, noting that the delay was posted online. The environment minister also said the deadline would only be postponed for one month.

Schreiner later told National Observer he was satisfied with Yurek's answer about the deadline change for greenhouse gases, but that he remains concerned about the motivations behind the pause on environmental oversight.

"I want to try to understand why the minister responded in the way he did," Schreiner said.

"I want to be personally reassured, and I want Ontarians to be assured, that no environmental protections will be undermined.”

Meanwhile, the environmental law charity Ecojustice has filed an application for Yurek to review the decision to suspend environmental protections. Yurek now has 60 days to decide whether to revisit the issue.