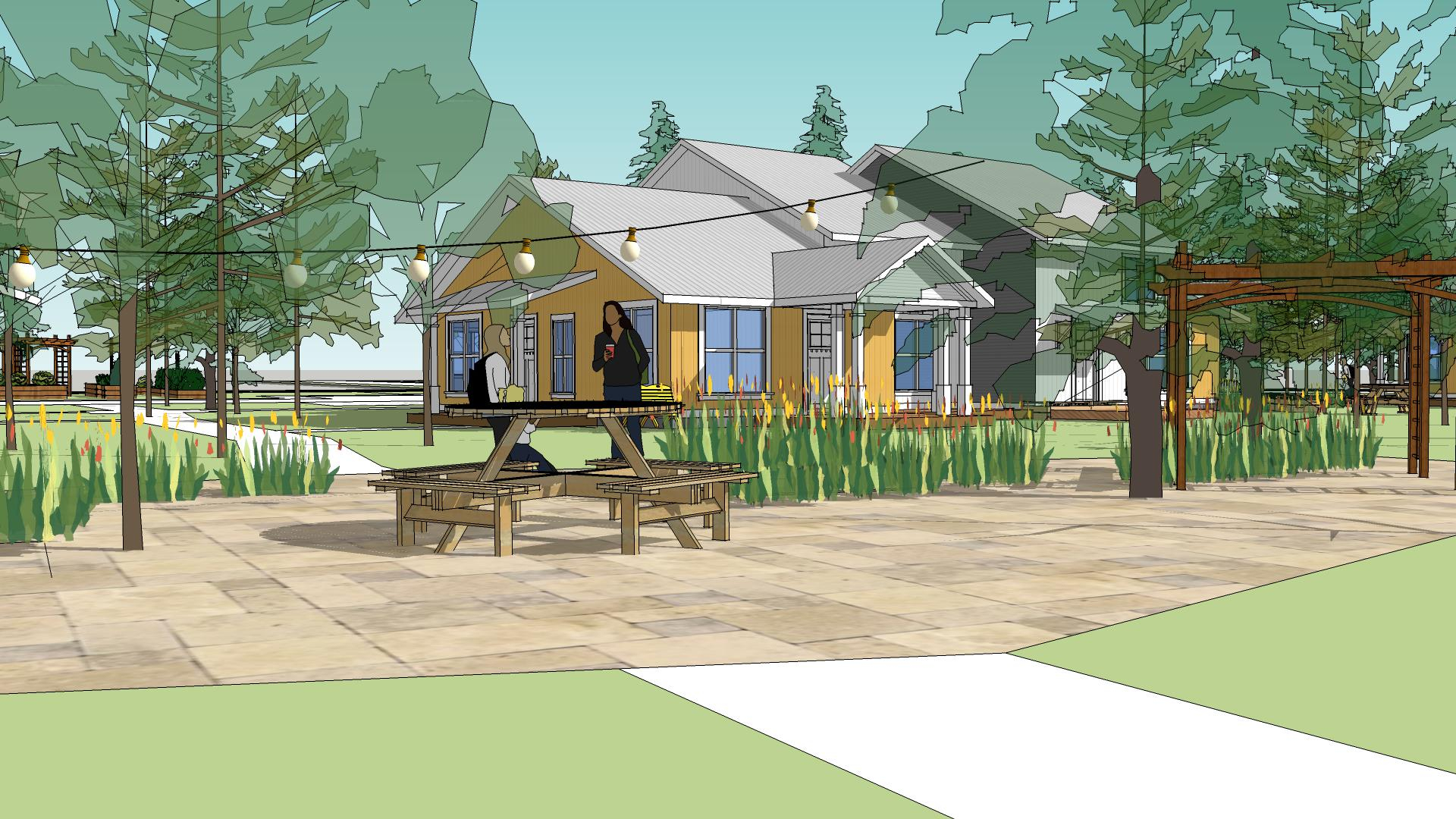 A funding application for Rainbow Ridge, a 20-unit affordable rental housing project on Cortes Island, is at risk after Strathcona Regional District rural directors voted to defer all public hearings until September.
Previous story
Next story

An affordable rental housing project on Cortes Island is in peril after a trio of rural directors voted to postpone public hearings in their regions until September.

They did so despite staff recommendations to proceed, dismay expressed by fellow directors, and with the knowledge the delay might jeopardize the project’s key funding opportunity.

SRD board chair Michele Babchuk also expressed concern around the move, noting however, that only the four electoral area directors could vote on the matter.

“I, too, am going to just exercise my right to say how disappointed I am with this (decision),” Babchuk said. “I think we have done our constituents over on Cortes Island a disservice.”

SRD staff recommended that a hybrid online and in-person hearing for the Cortes Island Seniors Society (CISS) housing project take place June 25, after an April 30 hearing was deferred due to COVID-19.

The public portion of the meeting, with physical distancing protocols in place, would allow residents who could not attend online the opportunity to participate in the hearing. Additionally, residents could make written submissions to the SRD on the project.

The CISS, which has built other subsidized housing projects on Cortes, needs rezoning in place to ensure a strong application for BC Housing, which issued a call for submissions starting May 27, and is expected to start allocating funding as early as the fall, Anderson said.

The sooner the CISS can obtain rezoning and apply to BC Housing, the greater the likelihood they will get funding, she said.

“We can’t just put the democratic process on hold when there is a safe and absolutely useful way to conduct business, including public hearings," SRD director Claire Moglove, after rural directors defer a housing project's urgent rezoning meeting.

The project is designed to address a critical shortfall of permanent, affordable rental housing on the island.

To date, the Cortes community has fundraised $1.5 million to support and purchase land for the Rainbow Ridge project, Andersen added. And if CISS qualifies for the Community Housing Fund, it could mean the award of a $2 million grant and an additional annual operating subsidy for the affordable rental homes, Anderson said.

However, director Leigh, representing Oyster Bay-Buttle Lake, said she could not support an in-person meeting with the risks COVID-19 posed to seniors.

“I am not prepared to risk my life to go to an in-person hearing,” she said.

“I think in-person hearings are ideal. They are the most democratic way of conducting our government business.”

Anderson offered to be the sole SRD director physically present at the meeting at Mansons Hall, saying the other rural directors could join the meeting remotely.

“I am under the assumption… that my three rural colleagues could do this from the safety and comfort of their home, and we would indeed encourage anybody and everybody who possibly could, to join us that way.”

The hybrid public hearing option actually offered people more opportunities to participate in the process than a traditional public meeting did, Anderson said.

It was also possible to hold the meeting completely online without the public component, Leitch said, adding many other local governments were already holding public meetings virtually.

Director Claire Moglove, of Campbell River, said the municipality had made the shift to hold public hearings electronically.

“I think it’s important that the business of government continue if it can be done safely,” she said.

After Abram, Leigh and Whalley voted down the hearing scheduled for June, Abram, director for Quadra Island, put forth the motion deferring all public hearings until Sept. 7.

While discussion had focused on COVID-19, the main issue was of democratic process and the need for holding public hearings in person, he said.

“Especially when they are large issues,” Abram added.

Abram also suggested the deferral would allow for summer vacation.

“This will give everybody and our staff time to go their summer holidays … and then set up a public hearing,” Abram said.

“And we’ll have proper public hearings, whether they are deemed at that time by government to be a mixture, or strictly in person, or whatever, that can be determined then."

Whalley provided no comment as to why he supported the deferral of the electoral areas public hearings until the fall.

“We can’t just put the democratic process on hold when there is a safe and absolutely useful way to conduct business, including public hearings – but I don’t get a vote. So there you go,” she said.

In addition to the Cortes housing project, two Quadra Island rezoning hearings for the new BC Ferries berth and land for new a fire hall in Heriot Bay are now delayed until after Sept. 7.

Anderson said the three other electoral directors had apparently discussed and agreed to put forth motion prior to the meeting and without involving her.

“I’m really disappointed that my three rural colleagues had knowledge of (the motion),” she said.

“I think we have just done a huge disservice to a huge community effort,” Anderson added.

“We really need to be able to carry on with the business of the board in a way that is recommended by staff and deemed appropriate by the province.”