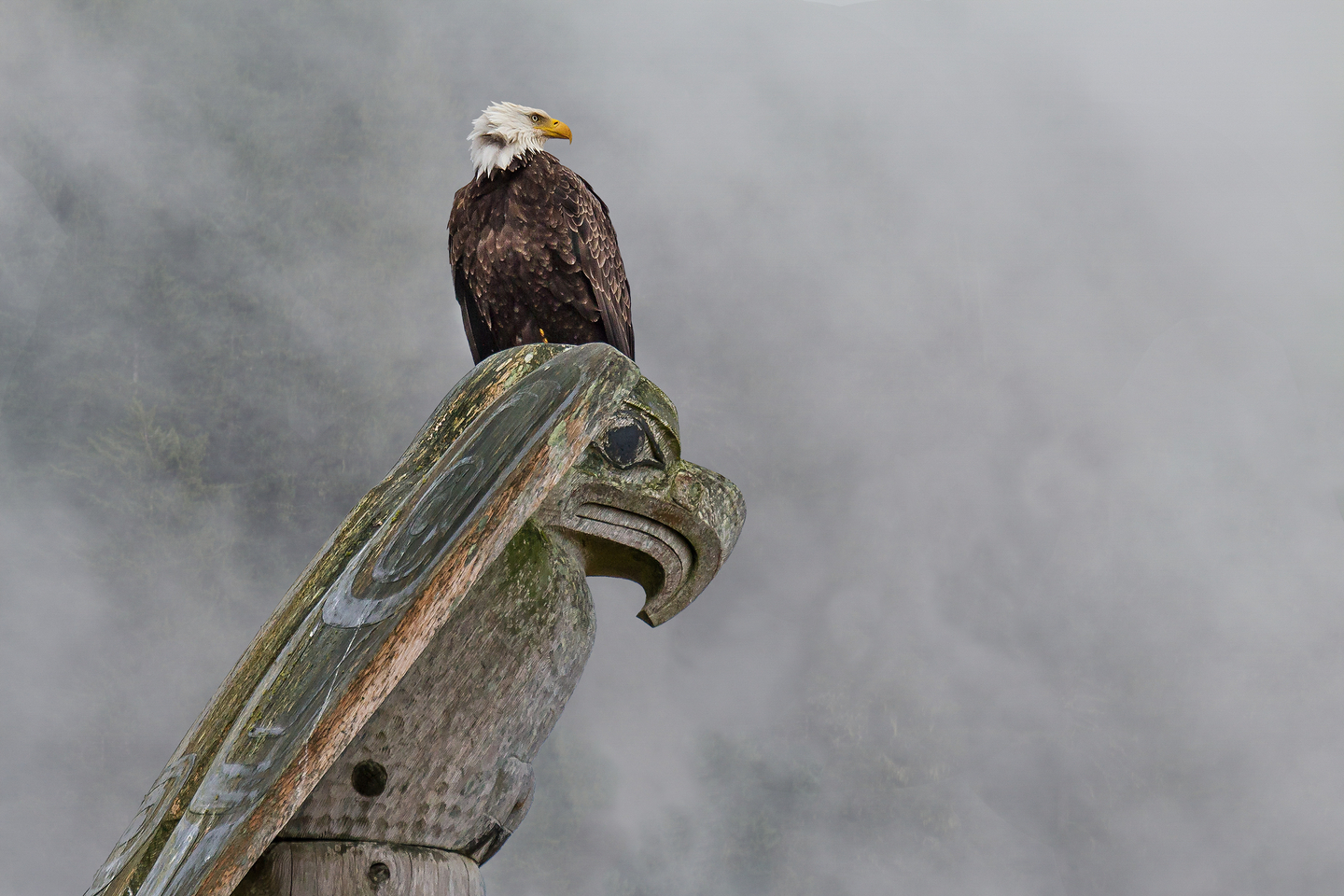 Longtime stewards of this area, at the southernmost part of Haida Gwaii, the Haida Nation has been watching over Gwaii Haanas for generations. The islands and marine waters within this protected area are teeming with ocean life — from breaching whales to wave-riding dolphins and undersea kelp forests. Visitors from around the world are inspired by the region’s natural beauty and the rich presence and history of the Haida.

The Gwaii Haanas National Marine Conservation Area Reserve and Haida Heritage Site is not just an ecological hot spot. It is also a prominent example of Indigenous-led, co-operatively managed marine protected areas (or MPAs) in Canada.

Leading by example for the past 35 years, the Haida have changed how we approach co-governance, conservation and sustainability. This unique protected site has created a pathway for the protection of other vibrant areas like it.

The two nations now co-operatively manage Gwaii Haanas through the Archipelago Management Board (AMB), established under the two Gwaii Haanas agreements. This governance structure is unique in the equal decision-making power it grants to Canada and the Council of the Haida Nation, and its grounding in both Canadian and Haida law. Then in 2018, the Haida Nation and Canada further proved that collaboration can nurture innovation with the release of the Gwaii Haanas Gina 'Waadlux̲an KilG̲ulG̲a Land-Sea-People Management Plan, a first of its kind — a co-operatively penned plan that sets direction for how the land and sea of a protected area are managed, from mountain top to seafloor.

Now, co-led conservation is moving forward on a larger scale in the development of Canada’s first MPA network on B.C.’s north and central coasts, under the co-leadership of Indigenous, federal and provincial governments. The Canadian government has set a target to protect 25 per cent of its ocean by 2025 and 25 per cent of its land and freshwater by 2025. Reaching these conservation goals will not be possible or just without Indigenous consent, leadership and governance. This is an exciting opportunity to align federal and provincial priorities to protect more ecologically rich areas and to advance reconciliation in ways that will benefit generations to come.

The MPA network will connect the dots between special places, including Gwaii Haanas, the Scott Islands Marine National Wildlife Area, the Hecate Strait/Queen Charlotte Sound Glass Sponge Reefs, and SGaan Kinghlas-Bowie Seamount Marine Protected Area, working to amplify the benefits of each individual site. In the safety of marine protected areas, the dense underwater kelp forests that provide food and shelter for marine life will help to ward off the effects of climate change. Ancient glass sponge reefs will continue to filter carbon and nitrogen, returning clean, nutrient-rich water to surrounding areas. Flourishing fish populations in marine reserves can spill over to enhance fish stocks and provide a reliable food source for migrating whales and seabirds at each stage of their passage.

Today, 17 First Nations are working with the province of B.C. and Canada to create a comprehensive, resilient and representative network of marine protected areas that protects the biological diversity and health of the marine environment for present and future generations. The network will also will help coastal communities thrive through economic growth, increased tourism and recreation opportunities — and, of course, will leave an incredible environmental legacy.

The success of Gwaii Haanas signals a path forward for more Indigenous-led conservation. These efforts need continued support to expand this effective model and ensure that Canada’s first MPA network has the resiliency needed to deliver comprehensive ocean protection now and forever.

A positive development for

A positive development for sustainability of the Earth's Biosphere. It will have to be replicated, in essence massively, globally and soon if there is to be any hope for humanity beyond the next several generations, according to the Global Footprint Network's published research findings. All available on the internet for study and challenge!