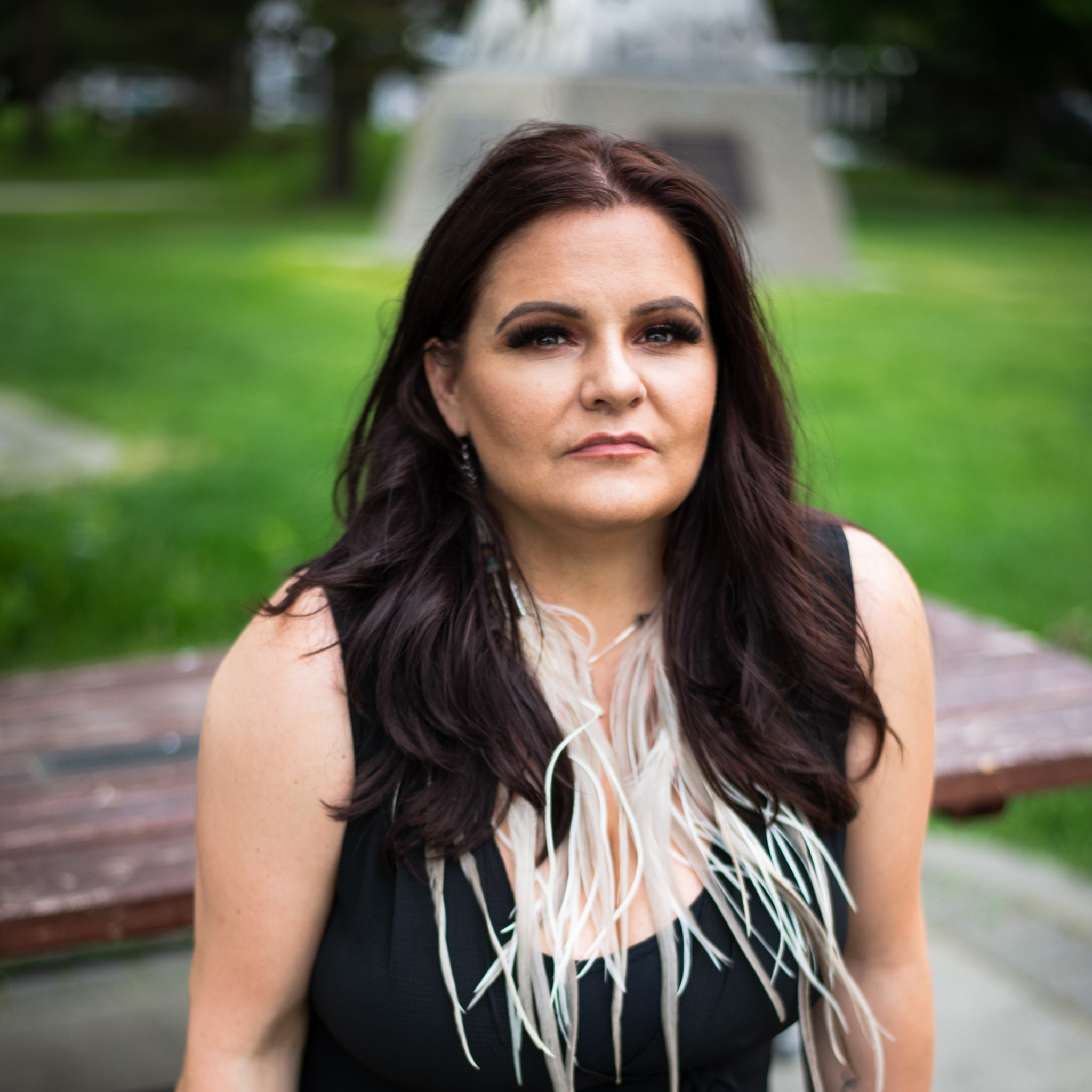 We are a sovereign people. We are not a conquered people. Photo of Brandi Morin by Ashford Hamilton
Previous story
Next story

Sometimes it seems like I’m watching an epic movie of drama and barbaric injustice lately. But, it’s real life. Another one of us is gone.

Rodney Levi’s name lit up my Twitter feed Friday night. "Murdered by RCMP … this Mi’qmaq man was unarmed. This country is in chaos. Rest in Power, brother."

Rodney Levi murdered by RCMP in Miramichi tonight. This Mi'qmaq man was unarmed.

This country is in chaos.

One of our prominent leaders, Chief Allan Adam’s beaten and bloodied picture flashed across the headlines of the world this week too. He was profiled by RCMP in Fort McMurray, tackled and arrested over an expired license plate.

I’ve cited stats in countless articles I’ve written over the last 10 years about Indigenous Peoples. You can go look up what is going on if you need proof in numbers.

"The essence of racism is systemic. It is before our eyes, are you looking? Do you see the injustice now?"

This perspective is from a human standpoint, from someone who has been on the frontlines of this war against her own people, as a journalist for over a decade.

How does it feel when your own people are being murdered from oppression on your very own home and native land? It feels like tremendous pressure on your chest, it’s like losing your breath, gasping for air and it throbs with pain. You walk around in a daze nursing another blow to the heart. You curse to the sky and you drop to your knees until you get up and walk again.

It’s like a virus. You can’t breath. And we all feel it.

But that pressure, that pain starts churning into a raging fire. A fire of a thousand generations of strength, of courage and unrelenting hope.

Hope, because it’s not 1873 anymore. Our people are not silenced anymore.

The very Dominion of Canada established an army of its foreign force to keep our people under its control. Through the North West Mounted Police, now turned RCMP, and its foundational principles which trickled out into police forces under colonial rule.

Invaders dispatched an army in the name of clearing the plains and seizing the lands from my ancestors.

That was just the beginning. After the clearing of the plains they herded our people into boxes called reservations and stood guard so they couldn’t leave unless given permission by the Indian agent of the Indian Act. The RCMP enforced and enforces that racist law to this day.

We are a sovereign people. We are not a conquered people.

Colonialism tried wiping us out. It may have brought us down, it may have stolen the dreams of generations, but our mothers and fathers prayed for us with their dying breath. They prayed their children and grandchildren would one day heal, live free, rise and thrive over the chains of adversity.

Open your eyes, Canada. The world is watching now, the world is listening, and the world is shifting. Right now. Racism is being ripped from the roots for all to see its ugly truths.

More innocent bloodshed is on the line in this war of race and power. Our people are tired. But our people will not give up.

Governments can make laws to change, courts can pass judgements to condemn or to win, but, something I’ve learned is none of that will matter until it comes from the heart. And the change comes from the people -- not systems.

The essence of racism is systemic. It is before our eyes, are you looking? Do you see the injustice now?

Who will you stand with now that the foundations of ignorance are being shaken and can no longer be an excuse?

The hearts of my people may be broken; but our hearts are in-sync for justice.

We have hope like never before because our people are speaking up and standing up.

More than ever our allies awaken to stand for justice and equality.

One thing I’ve learned in life, is to never give up, be brave; be courageous and never lose hope.

We are all in this together.

I am an elderly white skinned

I am an elderly white skinned colonizer. My parents were white colonizing anglo-saxons. But internally I am indigenous, a complete believer in the 7 Generation Principle forming the basis of aboriginal belief systems buttressed by the simplicity of the Golden Rule.
I am so saddened by Ms Morin's writings, which apply not only to her ethnic people but to all races exploited by the dominance assumption of so many white-skinned people unfortunately born and raised in a culture of imperialist capitalism.
I will be dead long before racial equality will be globally practiced, not just parroted, so can only hope that my many offspring will live the equality principle underlying all of Ms Morin's writings.

Thank you for the brutal

Thank you for the brutal truth.

The more I read, the clearer

The more I read, the clearer it becomes that the police as a project just can't be saved. That there's nothing much TO save, that almost everything they do that's useful could be done as well or better by people who didn't have guns and weren't authorized to beat people up and haul them away.
We need to get rid of them and start over with different ideas. Ideas that root control in the community, not in racist, classist impositions from outside and "above".