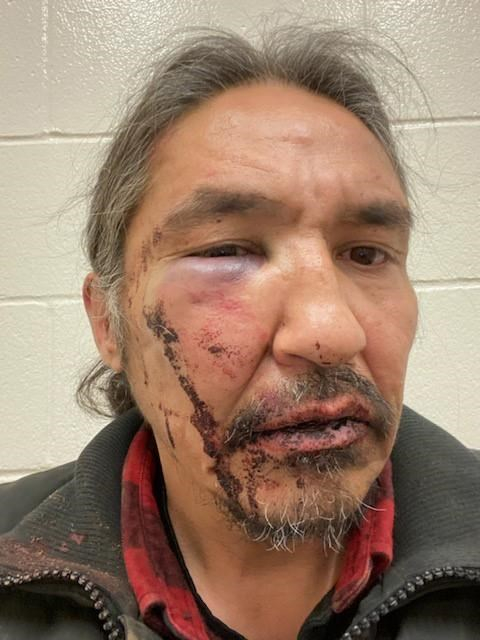 Canada's public safety minister says the government will be paying close attention to the independent inquiry into allegations of racism and police brutality brought forward by a First Nations chief, while another minister called the chief's account "deeply troubling."

Public Safety Minister Bill Blair, who is a former Toronto police chief, says in a tweet that the government is "deeply concerned" by the allegations, which were made Saturday by Athabasca Chipewyan Chief Allan Adam.

Adam told a news conference that he was beaten by RCMP officers and that his wife was manhandled in March when police stopped him for an expired licence plate outside a casino in Fort McMurray.

The Alberta Serious Incident Response Team, an independent body which investigates deaths or injuries involving police, said later that day that it will investigate the incident.

Adam is facing charges of resisting arrest and assaulting police, and RCMP say the officers needed to use force during the arrest.

Indigenous Services Minister Marc Miller says in a tweet that he's spoken twice with Adam this weekend, and that he was disturbed by what the chief told him.

"His description of the incident in Fort McMurray and the use of force on both his wife and him at the hands of the RCMP is deeply troubling," Miller wrote.

News of the allegations and a photo that Adam released of himself with injuries he says he sustained during the incident have received widespread attention as anti-racism rallies continue to attract large crowds across the country.

"We are deeply concerned by the incident that took place in Fort McMurray. People across the country deserve answers," Blair tweeted Sunday.

Public Safety Minister Bill Blair, who is a former Toronto police chief, says in a tweet that the government is "deeply concerned" by the allegations, which were made on Saturday, June 6, 2020, by Athabasca Chipewyan Chief Allan Adam.

"There will be an independent investigation, which we will be following closely."

Adam said a police vehicle pulled up behind his truck while he was moving a child seat at around 2 a.m. on March 10. He said he asked the officer why police were harassing him and told him who he was, and he said he told the officer he would raise the matter with his superior.

Adam said he made his way back into his truck where his wife was at the wheel, and that he told her that they weren't allowed to go anywhere. He said she put the truck into drive, and then the officer began knocking on the window.

More officers arrived during an ensuing altercation, and Adam said one of the officers "just gave me a, what you would call in the wrestling world, a clothesline" and that he fought to maintain consciousness.

"Every time our people do wrong... (the RCMP) always seem to use excessive force and that has to stop ... Enough is enough," Adam told reporters Saturday.

Adam and his lawyer released two videos taken by bystanders of the incident. Police say they also have video, which has been viewed by Adam's lawyer, but that the force isn't releasing to the public.

Adam will appear in Wood Buffalo Provincial court on July 2.

Prime Minister Justin Trudeau has said the issue of systemic racism in policing is long-standing and needs addressing.

During his time as Toronto's police chief, Blair would fight off calls for his resignation after hundreds of protesters were rounded up on Toronto's streets during the G20 summit protests in 2010.