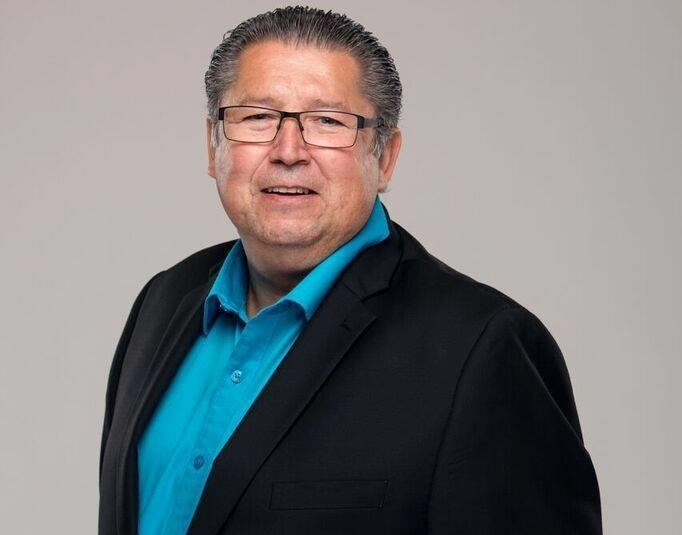 Cumberland MLA and northern affairs critic Doyle Vermette said he is "at a loss" following the rejection of his bill to address suicide in Saskatchewan. Photograph courtesy of the Saskatchewan NDP.
Previous story
Next story

Cumberland MLA Doyle Vermette is “at a loss” after Bill No. 618 — the Saskatchewan Strategy for Suicide Prevention Act — was voted down on Friday.

The proposed act was introduced in November by Vermette, who is also the NDP critic for northern affairs.

“So many lives in our province, particularly in the North, have been devastated by the death of a loved one because of suicide.” Vermette said.

“Many of those people joined us here in the legislature to call on the government to act. How am I to explain to those families this government’s unwillingness to do what is so badly needed right now?”

The province’s suicide-prevention plan states it will co-ordinate activities to promote life and reduce risk factors related to suicide in Saskatchewan.

The NDP said in a statement to the press that no additional funding is attached and called it, “wholly inadequate to save lives.”

“With this cynical, partisan move, the Saskatchewan Party has truly let down the families who have pushed for real action on this issue,” provincial NDP Leader Ryan Meili said.

Saskatchewan Party members voted unanimously against the measure in another blow to an initiative Vermette has brought forward twice in the past.

“Many of those people joined us here in the legislature to call on the government to act. How am I to explain to those families this government’s unwillingness to do what is so badly needed right now?” Doyle Vermette.

Vermette has already introduced two bills calling for the government to implement a suicide strategy, but this was the first time the NDP was able to bring the measure to a vote.

“We’ve had so many suicides, so many young people, so many attempts. We introduced a bill two years back and then we reintroduced it as Bill 618 recently, in 2019, after the original died on the order paper,” Vermette told Canada’s National Observer in May.

Around 4,000 people die by suicide yearly in Canada. Suicide remains the second leading cause of death for people aged 10 to 29 in Canada.

Kaeding said the government's action plan released in May would address those issues.

“Mental health continues to be a high priority for our government, our health system and our communities,” Kaeding said in a statement at the time.

According to the most recent national data available from the annual report of the Office of the Correctional Investigator (2018-19), Indigenous offenders are “over-represented” in the number of incidents of attempted suicide in correctional facilities, accounting for 39 per cent of all such incidents in the past 10 years.

The rejection by legislature happened on the same day that Premier Scott Moe announced an inquest into the death of Samwel Uko whose body was found in Wascana Lake last month. Uko's family said he was turned away from the hospital where he went to seek mental health treatment.

Meili said that in light of the ongoing crisis, compounded by the recent death of Samwel Uko now is the time to act and promised to continue pushing for a bill.

“There’s no excuse for foot-dragging and inaction — it’s time for a government committed to improving mental-health supports for Saskatchewan families,” Meili said.

Vermette told Canada's National Observer after the province announced its plan, that it doesn't go far enough. He said the plan should be followed up by provincewide, binding legislation as proposed in his bill.

“There is definitely a difference between a bill and a plan. Unfortunately, they’ve announced that they’ve got a plan, instead of a bill with some law and with some legislation that’s given some teeth,” Vermette said.

For a balanced story, it

For a balanced story, it would be good to hear the rationale for voting down the suicide prevention bill.

In this article, it says the

In this article, it says the Saskatchewan Party rejected the bill because they had proposed some legislation - the "Pillars for Life: The Saskatchewan Suicide Prevention Plan". So they think no further legislation is necessary. The details given in this article reveal the usual: such proposals created by individuals who are not intimately familiar with the situation ALWAYS fall short of what's needed - ON PURPOSE! Economic concerns trump action, plus they want to get re-elected!
These days administrators have cottoned on to the selling point about how mental healthcare is so desperately needed. So they spew out platitudes and nice-sounding bits to make themselves look good. BUT nothing changes, because that's as far as they go!!
When someone risks career, future and reputation to stand up and call out something like racism for example, accompanying it with an ACTION PLAN that will actually address the problem, that's what is needed!!!

I have two observations to

I have two observations to make:
1. Failure to pass this bill reveals the obvious ongoing societal stigma/judgement about suicide, which also includes the stigma/judgement that surrounds the whole issue of 'mental illness'.
2. The bar graphic that shows female suicide deaths being so high nation-wide reveals an even more egregious societal blindness. Not only do females die by suicide more than males, according to "official sources', but females of all races die of suicide do they not? Why is there not a breakdown of this statistic?
This systemic gender/racist bias in data collection and reporting hides the reality of women's lives in Canada.