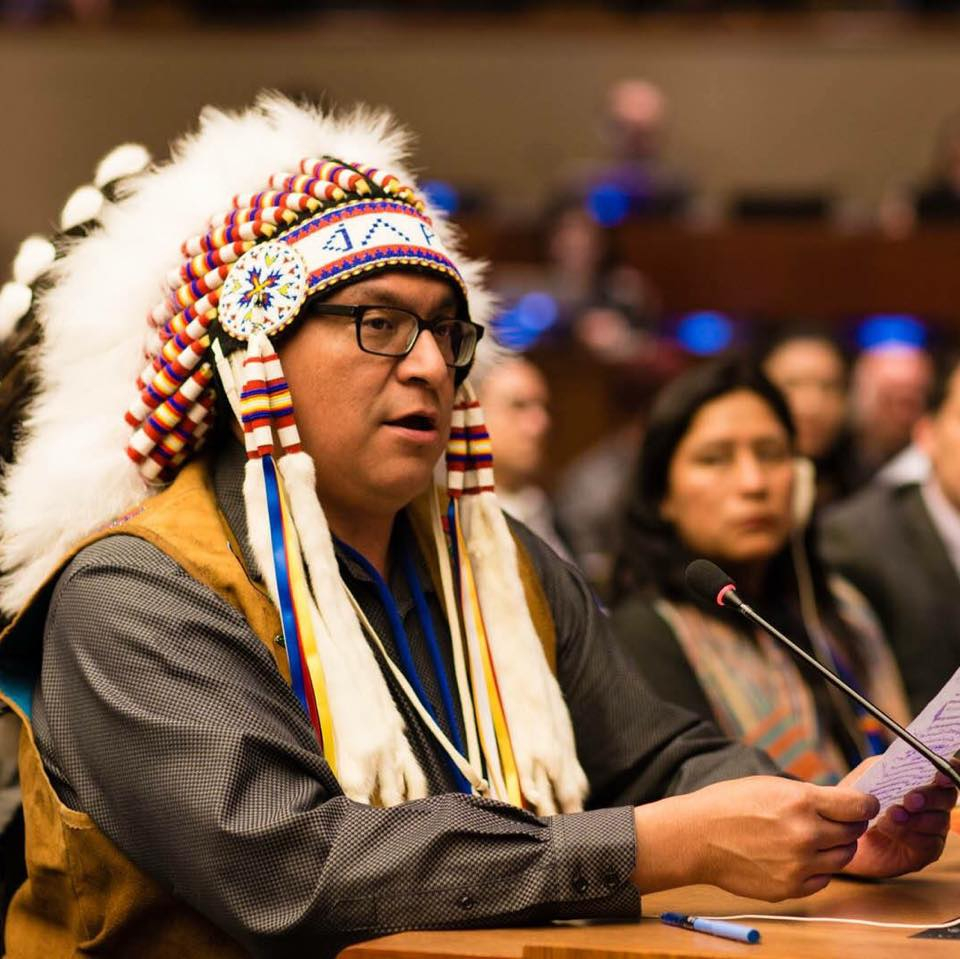 Federation of Sovereign Indigenous Nations Vice-Chief David Pratt is slamming Saskatchewan Premier Scott Moe and his government, accusing them of not treating the rising majority of Indigenous children in its care as a priority.

Pratt wants First Nations to take back control of their children in care. He said Indigenous agency over their children was taken from them systematically by Canada, followed by the province of Saskatchewan in 1951. He compared the current situation to the tragedy of the residential school system.

“We’ve always had a treaty right over our children in care. Our children are never on the negotiating table when we sign treaties,” Pratt told Canada's National Observer.

Pratt said Indigenous child welfare started going downhill in Saskatchewan when the Indian Act was amended in 1951 through a general application stating that in the absence of a federal statute, provincial law becomes paramount.

The Federation of Sovereign Indigenous Nations (FSIN) has had a mandate since 1981, reaffirmed in 2018, to put Indigenous Peoples in charge of their children in care.

According to numbers reported by the Saskatchewan Ministry of Social Services, the number of children in its care has climbed each of the past five years, and now stands higher than it’s been in 11 years.

“The increase in the number of identified Indigenous children in a care is largely a reflection of these improved registration and reporting processes rather than a demographic shift,” Janice Colquhoun, executive director of child and family programs for the provincial government told Canada's National Observer in a written response.

“Since 2017-18, the ministry has been focusing on ensuring that Indigenous children in care are identified as eligible for status registration and treaty numbers, to ensure that their rights for registration are addressed and they identify with their cultural community. This increased focus has significantly improved ministry reporting on constitutional status as more children/youth are self-identifying as Status Indian, Non-Status Indian, Inuit or Métis.”

This year’s annual report from provincial children’s advocate Lisa Broda said that of the 34 deaths recorded in the system last year, 29 were Indigenous children (First Nations or Métis). Seven of the 34 were deaths by suicide.

“We’ve always had a treaty right over our children in care. Our children are never on the negotiating table when we sign treaties,” David Pratt.

Data from the Saskatchewan Ministry of Social Services show that in 2019, there were 3,412 children in provincial care — the highest rate on record since 2008, when there were 3,588 children in care. The number of children in care in March was 3,362, up from 2,981 over the past five years. These numbers are expected to climb as reporting methods improve.

“In Saskatchewan, child welfare services for vulnerable children and their families are currently delivered jointly by First Nations Child and Family Services agencies and the Government of Saskatchewan. $45M is provided to the agencies and other Indigenous service providers to deliver supports and services to children and families on- and off-reserve,” Colquhoun said.

Pratt said ever since the province took over the system, the number of Indigenous kids in its care has steadily risen. Last year, about 86 per cent of children in care were found to be Indigenous — an 11 per cent jump from 2018.

Pratt said this lack of attention is putting future generations in jeopardy.

“I sometimes feel like I’m on the bow of the Titanic and Capt. Scott Moe is up there with his cabinet in the captain’s chair and I’m waving my arms here with a red flag, saying, ‘Iceberg dead ahead!’ and the ship sails on. There’s nothing being done to address the issues,” Pratt said.

He said repeated failures on the part of the province have pushed Indigenous people in Saskatchewan to move forward on implementing Federal Bill C-92, which received royal assent in 2019 and asserts their right to manage their own child welfare system.

“That system and that bureaucracy has to be overthrown, it has to be replaced and it’s continuing to fail First Nations children within this region,” Pratt said.

“I believe it all leads back to the historical work done by Canada to break apart our families, to assimilate us to the dominant culture ... (the Ministry) of Social Services has basically become the new residential school system.”

He said Indigenous people continue to see negative fallout from this legacy.

Pratt accused the governing Saskatchewan Party of failing to act on poverty, addiction and First Nations marginalization — factors that have contributed to the increase of Indigenous children in care.

“Over the past number of years, we have made significant strides of what we can do to help support keeping Indigenous families together, build capacity for extended family caregivers and keep children connected to their culture and community,” Colquhoun said.

“Together with our partners, we have placed significant focus on both the ways we can strengthen families to maintain children safely at home to reduce the likelihood of involvement with the system and how we can build capacity within extended families.”

Last week, Saskatchewan NDP Leader Ryan Meili joined Pratt in calling for a “comprehensive poverty reduction strategy and increased funding for mental health and addictions to address the root causes of the surge.”

“There’s a lot of pain in these numbers,” Meili said. “There couldn’t be a starker indictment of the government’s failure to act than what we see here.

“We know that there are too many kids in care, and all too often, they are there because their families are experiencing poverty,” Meili said.

“One in four kids in our province is living in poverty. We have the lowest minimum wage in the country. Poverty puts incredible stress on families and it is Saskatchewan kids who experience the effects of that stress. We need real action on poverty reduction in this province and urgent action on mental health and addictions.”

The NDP had previously recognized the authority of the Indigenous family-child support framework over the provincial child welfare act.

The government at the time had passed an amendment to the act referencing the authority of the Saskatoon and Yorkton tribal councils as designated agencies. But those references were removed after then-Saskatchewan Party leader Brad Wall took office in 2007.

“The situation today is that almost nine out of every 10 children is Indigenous in the child welfare system within this region.”

Cumberland MLA Doyle Vermette echoed Meili’s sentiment. He said Moe’s government has a willing partner in northern leadership, but instead, the province ignores them when they raise concerns.

“Our northern, Indigenous and Métis leaders have been saying it for years. Something is wrong here.”

Vermette said there are underlying socio-economic causes for the demographics of children in care, but the provincial government is out of touch when it comes to finding a solution. He said it’s a problem across the board.

“Enough is enough and we need to do something better,” Vermette said.

“Time and time again, the numbers show it. If you look at the suicide rates, if you look at addictions, if you look at incarceration in our jails. Who is getting locked up? How come our numbers as Indigenous people are always so much higher?”

Pratt called on resource companies and every level of government to work with Indigenous Peoples to address these issues.

“There are two things that we need for true nationhood, for us to be able to be truly sovereign. No. 1, we need our children. And No. 2, we need access to lands and resources and economic opportunities like everyone else.”

He said the FSIN is preparing for when member nations decide to move forward on C-92 by developing policies and manuals, as well as building the infrastructure and supports that will be needed.

“I think … the No. 1 thing that we need to build (in) each and every one of our children in order for them to be healthy is a strong, healthy sense of who they are and where they come from.”

Pratt said they are taking a hands-off approach, so that any new system is based on the priorities and traditions of each member nation.

can this be the moment when

can this be the moment when nice reports actually get put into action. could F N just stop asking permission and make changes. Let them howl about the legality in court and see where the Supreme court comes down on "law" (hi t--- it will side with F N).
Pam Palmeter talks about the civil servants in all the administration of the Indian Act not wanting to let go of their cushy gov jobs keeping the lions share of FN money circulating among their ranks and friendly contractors . that is the definition of vested interest in the status quo

Until the money for FN goes directly to them and not through bureau all bets on change are off.