By Holly McKenzie-Sutter | News, Politics | July 3rd 2020
#728 of 984 articles from the Special Report: Coronavirus in Canada 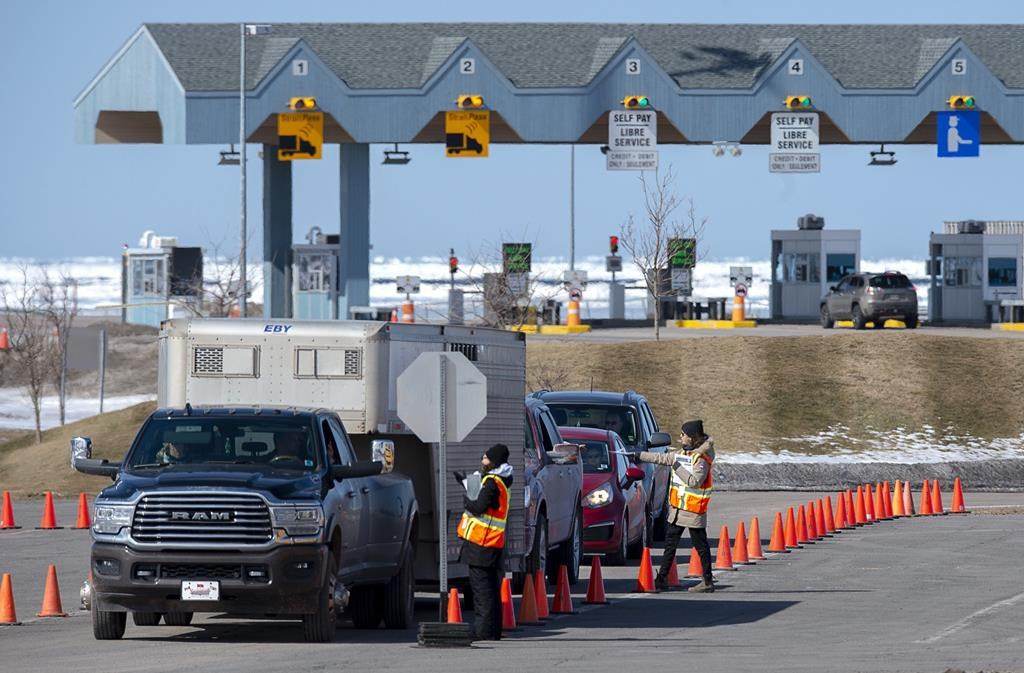 Atlantic Canadians are closely eyeing travel requirements and coronavirus case numbers across the region as the four provinces prepare to open their borders to their neighbours Friday, an experiment that's prompted excitement and anxiety among residents.

COVID-19 cases in the region have dwindled in recent weeks, and the four provinces have agreed to waive isolation requirements among the group to boost their economies and offer social support to residents.

While many tourism operators and those missing family and friends celebrated the news, others have criticized the bubble over fears that the virus will rebound.

An online petition asking Newfoundland and Labrador to keep its borders closed has generated nearly 15,000 signatures this week.

"Our province has been slowly healing and going back to normal, we want to keep it that way," the petition reads. "This is not the time."

Dr. Janice Fitzgerald, chief medical officer of health, addressed fears that the province is moving too fast in a news conference this week, pointing to low case numbers while encouraging residents to trust in science.

Her Nova Scotian counterpart, Dr. Robert Strang, also shared a message to anxious residents in a statement on Thursday encouraging them to continue following health guidelines.

"I know many people are still nervous about this virus. Our visitors may be, too," Strang's statement said. "We can make their visits a safe experience for everyone by being patient and kind, by practising good hand hygiene, distancing and by wearing a mask when you can't stay six feet apart."

Nova Scotia, the most populous province in the region, has reported three new COVID-19 cases this week, two related to travel to the U.S. and the third involving a temporary worker who arrived from outside Canada.

Speaking after a cabinet meeting Thursday, Premier Stephen McNeil addressed concerns about the bubble, telling Nova Scotians the economic opportunity won't come at the expense of their health.

"Our tourism sector needs this, and we need to try to make it work, but I want to reassure all of you that if we see a spike of COVID, we will re-evaluate," McNeil said.

Dr. Janice Fitzgerald, chief medical officer of health, addressed fears that the province is moving too fast in a news conference this week, pointing to low case numbers while encouraging residents to trust in science.

St. John's resident David Brake was in the process of planning a late-July trip to Prince Edward Island with his two children on the eve of the travel bubble's opening.

While he would usually plan a vacation further afield, Brake decided to take advantage of the travel bubble this year and visit a new province, scheduling a flight to Halifax, with plans to stop in New Brunswick on the way to the Island.

He said he's confident that the trip will be safe for his family given the low coronavirus case numbers at the moment.

But he's pondering how his holiday might be perceived by neighbours upon his return, with many Newfoundlanders still skeptical about whether it's safe to venture off the island that has so far beaten back the virus.

For those planning trips to another province, some identification and preventive measures will be required.

Adults travelling to Nova Scotia must show proof of residency in one of the four provinces in order to enter without having to isolate for 14 days.

Prince Edward Island is asking visitors to fill out a form with details including proof of residence, health declarations and planned arrival and departure dates for each person.

Marine Atlantic, a Crown corporation running ferry services between Newfoundland and Labrador and Nova Scotia, said it's seen a spike in bookings, with 3,000 reservations booked in the first six days following the Atlantic bubble announcement.

A statement said the bump "exhausted" capacity, which had been limited to allow for proper distancing and adherence to public health measures. The company will be slowly increasing passenger limits in coming weeks.

While tourism operators welcomed the news, some say the Atlantic bubble won't bring in enough revenue for their businesses to survive.

Carol Alderdice, president of the Tourism Industry Association of New Brunswick, said visitors from within the region won't be enough to help struggling businesses through the difficult year.

She said Atlantic Canadians typically account for just over 30 per cent of tourism visits in the province, and most operators are eager to see restrictions on entry eased for visitors from elsewhere in Canada, especially Ontario and Quebec.

"It's definitely not enough to make up for the season, absolutely not," Alderdice said from Fredericton.

This report by The Canadian Press was first published July 2, 2020.