Bar reopenings going ahead in Ontario 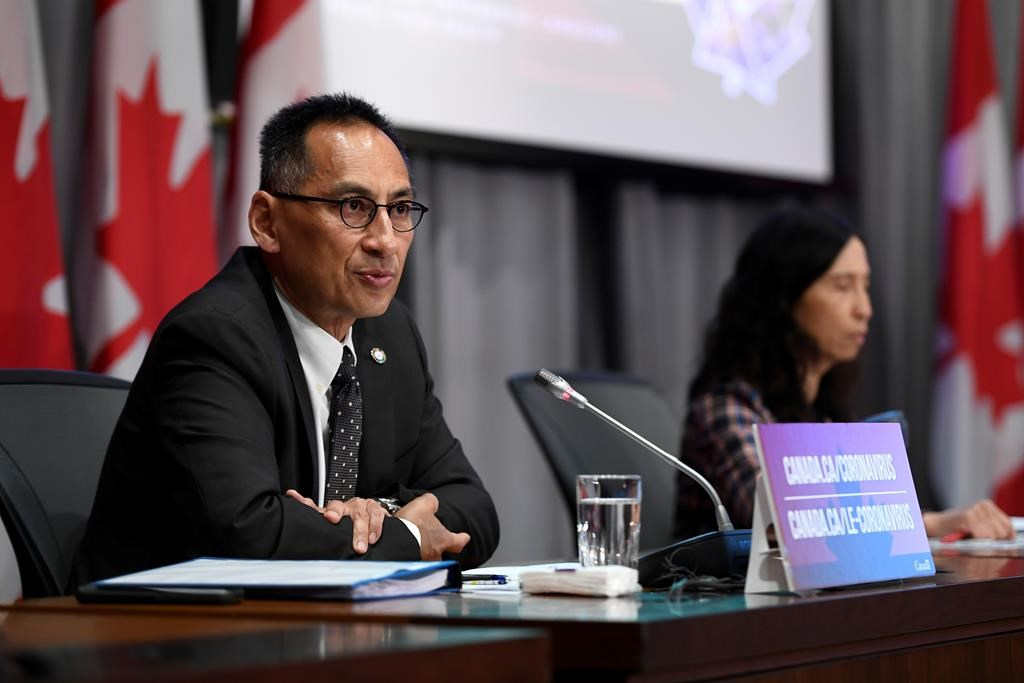 Canada's deputy public health chief says going inside a bar to have a drink with friends remains a high-risk activity in the era of COVID-19.

Dr. Howard Njoo's reminder Tuesday came just days before Ontario starts to allow indoor dining and drinking at restaurants and bars as much of the province, and as outbreaks are being investigated at bars and restaurants in at least three other provinces.

Njoo said any indoor space generally poses a higher risk for transmission than outside, because of relative lack of air circulation. In a bar, where people tend to sit close together, talk loudly, and stay for hours, there is definitely a "higher risk."

"People need to evaluate, I think, at a personal level, the risk and benefits of going to a bar and what they can do to mitigate that risk," he said.

For Njoo, personally, it means staying away for now even as the NHL gears up to start playing again.

"At the present time, for myself, this is just my own risk tolerance, I would probably watch the games at home with my own very tight social bubble," he said. "I would not specifically be going to a bar."

Ontario Premier Doug Ford is being criticized for allowing most of his province outside of Toronto to have indoor bar and restaurant service starting Friday. Ontario is the last province where indoor dining and drinking remained banned to try to curb COVID-19's spread.

A campaign immediately erupted on social media, hashtagged #schoolsbeforebars, as parents in the province fear opening bars will just usher in a second wave of the pandemic that will mean schools can't open again in September. Even Alex Munter, the CEO of the children's hospital in Ottawa, joined the chorus with a post about prioritizing children's needs.

Ford shrugged it off in his Tuesday news conference, saying it's not about putting bars ahead of anybody, but rather about not putting bars out of business.

Ford said there is a strong plan in place for this to happen, including requiring two metres' distance or Plexiglas shields between tables and requiring people to be seated while inside. Buffets remain barred, as does dancing and singing, except by a performer hired by the venue who performs at a distance, behind a barrier.

Canada's deputy public health chief says going inside a bar to have a drink with friends remains a high-risk activity in the era of COVID-19.

"I truly believe that owners of restaurants and bars are going to be responsible," Ford said.

Ontario's opening of bars is coming as other jurisdictions are closing theirs back down.

California extended an order to close bars and indoor restaurant dining statewide Monday, as the state sees soaring case loads and hospitalizations. School boards in Los Angeles and San Diego have decided, amid the general rise in COVID-19, that they can't resume any in-person schooling next month.

In Allegheny County, Penn., which includes the city of Pittsburgh, indoor dining was banned again in early July, after the city saw its daily cases go from zero to 200 in just two weeks. Local health officials linked that surge to bars.

Quebec, which is now enforcing a provincewide mask order indoors, is restricting bar hours and reducing patron limits after more than 30 COVID-19 cases were linked to nine bars in the Montreal area in recent days. Bars were reopened in Quebec in late June.

Quebec is also now asking bars to collect names and contact information for anyone who visits, to help with contract tracing.

In Edmonton, 40 cases were linked to four bars and restaurants at the end of June.

Health officials in Kelowna, B.C. are trying to track down people who visited bars and other downtown establishments in late June and early July after eight people tested positive for COVID-19.

And in Newfoundland, public health officials haven't seen an uptick in cases but are still imposing tighter restrictions on bars after photos of crowded establishments in St. John's made the rounds. Special health orders are now limiting bars to 50 per cent of approved capacity and banning dance floors.

On Saturday, outside the Rob Roy, one of the bars in the now-infamous photos, bouncer Maulik Patel said he felt more comfortable with the protocols after the previous weekend, when staff were overwhelmed by the number of patrons. He said he tried to stop people from moving into spaces that were already at capacity, but it was hard to get the message across in the nightclub setting.

This report by The Canadian Press was first published July 14, 2020.

—With files from Holly McKenzie-Sutter in St. John's and Sean Jeffords in Toronto