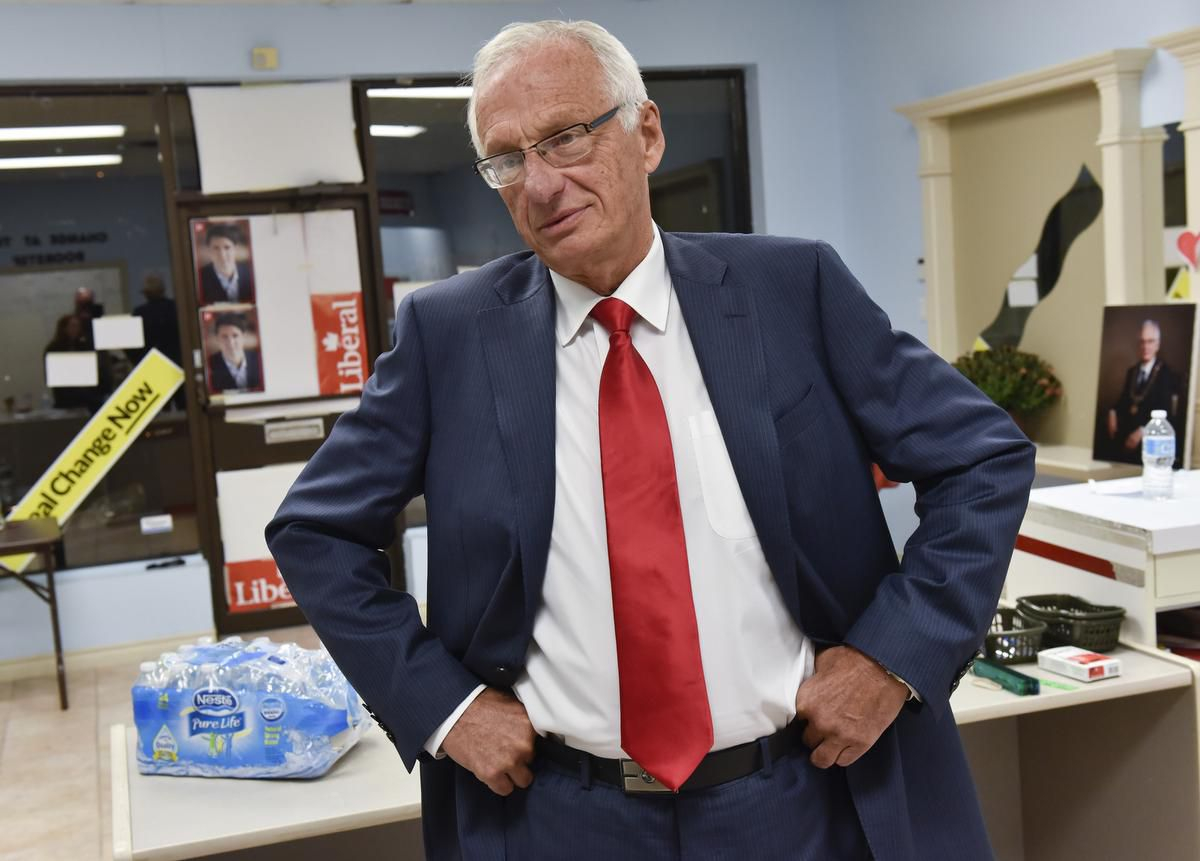 Bob Bratina and fellow Liberal MPs have written a letter to their government demanding money be spent to address the “national public health crisis we face in the form of lead-contaminated drinking water.” JOHN RENNISON / THE HAMILTON SPECTATOR FILE PHOTO
Previous story

A group of Liberal MPs is asking its government to invest up to $400 million to combat the “health crisis” of lead-contaminated drinking water, which was exposed in communities across the country by a national investigation by 10 media outlets including the Toronto Star (and Canada's National Observer).

An open letter written by Hamilton MP Bob Bratina says the government “can and must” direct a portion of infrastructure spending designed to revitalize the post-COVID-19 economy into the “national public health crisis we face in the form of lead-contaminated drinking water.”

The letter recommends the money be shared with provinces for:

By Tuesday morning, the letter had attracted about 20 signatures of support from Liberal and Conservative MPs and senators, and two cabinet members: Public Services and Procurement Minister Anita Anand and International Development Minister Karina Gould.

Bratina is contacting other federal politicians, as well as mayors across the country.

Addressing lead contamination in water has long been an issue I've fought for, and I truly believe that there is no better time than now to solve this problem. Please consult my open letter calling for a national solution to fix this national problem. https://t.co/dcr8GMvHDV

The yearlong investigation published last November was a collaboration of 120 journalists and researchers from 10 media outlets and nine universities in partnership with Concordia University’s Institute for Investigative Journalism.

An open letter written by Hamilton Liberal MP Bob Bratina says the government “can and must” direct a portion of infrastructure spending... into the “national public health crisis we face in the form of lead-contaminated drinking water.”

Drinking water in 11 cities was tested and data collected on 12,000 tap water tests across the country. A third of municipalities had levels of lead contamination exceeding Health Canada guidelines. Some cities — including Prince Rupert, B.C., Regina, Saskatoon, Moose Jaw and Montreal — showed levels of contamination in older homes comparable to those found in Flint, Michigan.

Following publication, many cities introduced subsidy programs to help homeowners with the costs of removing lead pipes and also invested in swifter removal of lead pipes on city property.

The MPs’ open letter says contaminated drinking water “is not a localized problem; for this reason the federal government must act in the national interest and fund solutions to this public health crisis across Canada.”

Lead is a neurotoxin that has been shown to impact cognitive development and lower IQs in children and to trigger cardiovascular and kidney problems in adults. Experts agree there is no safe level of lead in drinking water.

“A developed and flourishing nation such as Canada cannot justify turning a blind eye to the health of our people,” the letter reads. “We have a once in a generation opportunity to address an age-old problem and a duty to follow through.”

Julie Dzerowicz, Liberal MP for Davenport in Toronto, has signed the letter and is calling for federal involvement in improving transparency and standards in water quality.

“I worry about this increase in disease and what is in our water and food,” she said in an interview. “There should be testing every day and I think that should be public knowledge, posted on a website. That would be a game changer for clean drinking water in our country.”

The investigation discovered a patchwork of water testing policies across the country, some of which experts called deceptive.

Bruce Lanphear, a leading Canadian drinking water researcher at Simon Fraser University who consulted with Bratina, said the federal lead guideline — which sits at five parts per billion — is undermined by a lack of enforced standards governing how municipalities and provinces test for lead in water.

“If you don't provide a method to sample water that’s science-based, then in some ways having guidance on acceptable lead levels is silly,” he said. “If you flush the taps for a half-hour before taking a sample, the results are going to be worthless.”

“They’ve gotten creative,” Prevost said Monday. “This is a way of saying, we are aware the numbers are too high so we’re pushing it, but in a very flexible way, leaving it to the Federation of Canadian Municipalities and provinces to put it in.”

In her city of Montreal, Prevost has seen lead pipe identification and replacement accelerate dramatically since the investigation was published last fall. Within weeks, the city earmarked $557 million to replace 48,000 water pipes leading into Montreal homes by 2030.

In Halifax, where the investigation showed a third of tap water tests exceeded the federal lead limit, city council unanimously approved a proposal to pay replacement costs for every lead service line on customer property at a cost of $14 million.

Regina city council also voted unanimously to replace all lead pipes in the city within five years through a cost-sharing program with homeowners and to add corrosion control chemicals to the city’s water system to reduce lead levels in drinking water.

Across Ontario, the investigation found more than a third of schools and daycares that tested for lead in the past three years had at least one exceedance of Health Canada’s lead guideline.

Prevost says municipalities across Canada continue to ramp up testing in schools, public libraries and fountains.

“They’re finding the same numbers. This is not going away. Municipalities are taking it seriously …(The investigation) really pushed the issue to where the best solution can happen. And it’s moving.”

Emmanuella Lambropoulos, Liberal MP for the riding of Saint Laurent in north Montreal, says constituents in her riding have been receiving letters from the city warning of potential lead exceedances in their tap water.

“It’s important to me for my community to be as safe as possible,” said Lambropoulos, who is supporting the letter. “We know there are many health risks related to lead-contaminated water. It’s a priority.”

Francis Scarpaleggia, Liberal MP for Montreal’s Lac-Saint-Louis riding, says he is supporting the letter to sway his government towards action.

“It's to signal to the finance minister and to the government generally that this could be included in an upcoming budget. It’s about showing the ministers and prime minister that lead in pipes is a priority to a large number of MPs.”

Why do I feel offended over

Why do I feel offended over the feds rushing to the infield when "our" drinking water is threatened?